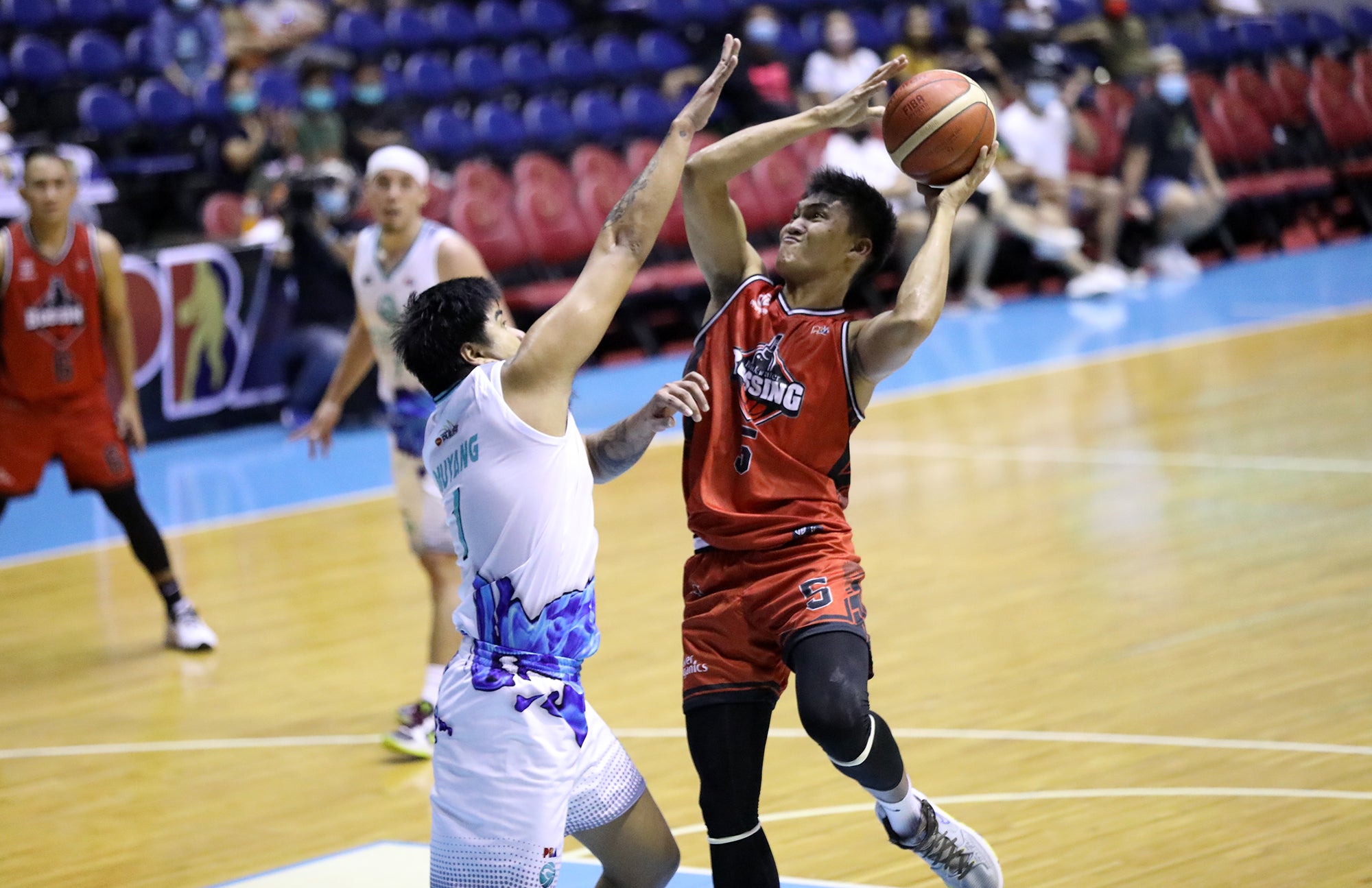 Blackwater coach Ariel Vanguardia spent much of the offseason promising that he was going to keep the team’s No. 1 pick with the franchise for the long haul—a necessity from a coach whose club was hoping for redemption after coming off a season where it set, by a mile, the record for the longest losing streak in PBA history.

But proving that the Bossing have “a lot to offer” has been the job of yet another rookie. And although he was never tagged a franchise savior, Ato Ular might be another star Vanguardia needs to hold on to as well.

“Ato [was named] Player of the Week [by the PBA] and then [he comes and scores] 34 points? The best is still to come,” said Vanguardia after his team’s 91-89 victory over Phoenix in the Philippine Cup on Friday at Smart Araneta Coliseum.

That wasn’t all Ular did.

Aside from punching in his career-high in points—which is also the league’s season-high, the bruising big man also chipped in 10 rebounds, five off the offensive glass, while shooting 71 percent from the field (15-of-21), including three triples out of five attempts.

“I just work with the trust given to me by coach,” said Ular, the former Letran forward picked first in the second round and 13th overall in this year’s Rookie Draft. “He lets me do my thing while teaching me well. I wasn’t really expecting that I scored that much. I was simply doing my best inside the court.”

Ular’s sustained brilliance all game long gave Blackwater a chance in the endgame, a chance that Baser Amer pounced on, delivering the game-winning fadeaway jumper with 2.1 ticks remaining—eerily similar to his game-winner against Meralco last June 30.

Brandon Ganuelas-Rosser, coming off the bench, finished with 16 points, three rebounds and two assists. The No. 1 overall pick this year is still searching for his groove after missing the Bossing’s early matches due to a finger injury. And while he feels his way back to being designated team cornerstone, Ular and the rest of the team have done a good job filling in.

Vanguardia is asking his team to treat its remaining assignments as a playoff series of sorts, with Friday’s matchup against the Fuel Masters being Game 1.

“We’re facing San Miguel Beer on Sunday. For us, that’s Game 2. I told them to look at this as a best-of-three [series]. We had to win Game 1,” he said. “Sunday is the clincher and is harder. It’s always hard closing out a series—and against the No. 1 team at that.”

The tough stretch coming up notwithstanding, Vanguardia remains optimistic.

“We’re playing [the Beermen] and then two more back-to-backs, but the best is yet to come,” he said.

The same optimism was shared by Amer, who finished with nine points while slowly earning back a starting role.

The victory has put Blackwater firmly on No. 3, and depending on how it fares in its hellish schedule, it could land a comfortable spot in the playoffs.

“It will be a challenge,” Vanguardia told the Inquirer when asked about the densely-packed schedule that awaits his team.

“We cannot rejoice too much in this victory. We have to quickly move into the next game, the next challenge,” he added.

After Sunday, Blackwater plays Rain or Shine on Wednesday and then NLEX on Friday, and then Converge and Magnolia the week after that.

“As I’ve been saying, the best has yet to come,” Vanguardia said. “Our defense [for starters]. Joshua Torralba has yet to be a hundred percent. Rosser, too, can be better. Yousef [Taha] was struggling tonight. Really, I believe it deep in my heart that this club has so much more to offer.”

Jason Perkins had 22 points and eight rebounds, while Matthew Wright and rookie Tyler Tio added 15 each for Phoenix, which dropped to 2-6.

Another freshman in Chris Lalata pumped in 10 more for the Fuel Masters, whose skid has now stretched to four games.