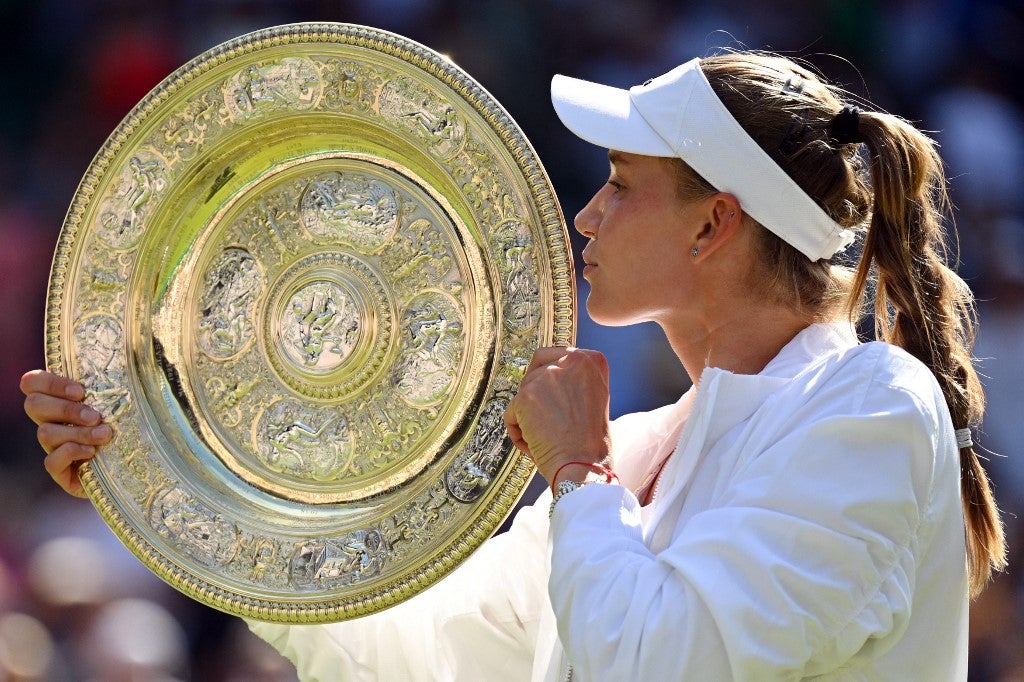 NUR-SULTAN, Kazakhstan— Newly crowned Wimbledon champion Elena Rybakina said on Tuesday that her win at the All England Club was a collective triumph that would not have been possible without the support of the Kazakhstan Tennis Federation.

The Moscow-born Rybakina, who switched allegiance to Kazakhstan in 2018 to get more financial support, became the country’s first major singles champion at the weekend when she rallied to beat Tunisian third seed Ons Jabeur to lift the Wimbledon title.

“Since the moment I started to represent Kazakhstan I was just happy that I could continue playing and that it was a professional career,” Rybakina told Reuters after arriving in the capital Nur-Sultan.

“So no one knew how it was going to be. So, of course, I’m super happy that in the end everything happened in this way. I think it was a very important decision for me.

The 23-year-old added that it was not easy to transition into a top professional after leaving Russia.

“From a junior career to the professional, it’s very difficult and not many people can make it, and especially become a very high-ranking player,” said Rybakina.

The Wimbledon triumph did not sink in until much later for Rybakina, whose muted reaction after winning the match point was in contrast to the euphoric celebrations usually expected from a champion on the manicured Centre Court.

“I didn’t really understand in the moment I finished the match that I’d won the biggest slam and biggest tournament, so I’m super happy and, for sure, it’s a different time for me now,” she said.

“So many people are waiting for me, so much attention, so it’s not going to be easy, but I’m going to try to take some time to recover, rest and prepare for my next tournaments.”