Like she did vs PH, Chetthabutr spearheads Thailand’s victory over Myanmar | Inquirer Sports

Like she did vs PH, Chetthabutr spearheads Thailand’s victory over Myanmar 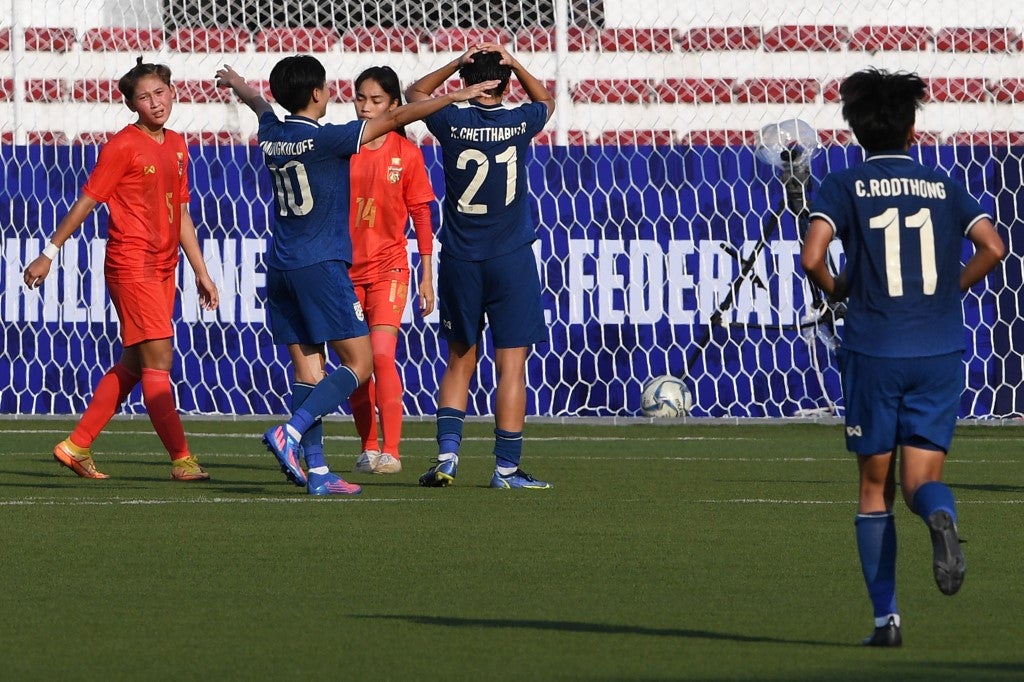 MANILA, Philippines–Thailand seized the advantage of snatching the Group A top spot from the Philippines to gain a spot in the final of the Asean Football Federation (AFF) Women’s Championship.

The team called the Chaba Kaew beat Myanmar, 2-0, in the semifinals on Friday at Rizal Memorial Stadium to arrange a title showdown with either the Filipinas or defending champion Vietnam.

Kanyanat Chetthabutr, a player familiar among Filipino football fans, found the mark near the halftime whistle before substitute Saowalak Pengngam delivered a second that sealed the victory for Thailand.

The title match is slated Sunday evening at the Rizal pitch.

It will be the fourth straight time that Thailand reached the final of the regional championship, this time attempting to get back at the winner’s podium.

Handled by Japanese coach Miyo Okamoto, Thailand won Group A after edging the Philippines, 1-0, last Tuesday when Kanyanat capitalized on the Filipinas’ defensive miscue to score in the 75th minute.

That allowed the Thais to go to what many see as the easiest route to the final in Myanmar, the team ranked second in Group B, while the Philippines faces Vietnam in the other semis match being played at presstime.

Kanyanat took a short pass from Jiraporn Mongkoidee inside the box and scored a low attempt which Myanmar goalkeeper May Zin Nwe couldn’t prevent, putting the Thais ahead in the 45th minute.

The scoreline stayed until the 82nd when Saowalak scored off Nipawan Panyosul’s through ball which doubled Thailand’s lead.

Myanmar will play the loser of the Philippines-Vietnam match on Sunday afternoon in a battle for third place.