Filipinas bow to Thailand, settle for second place in Group A | Inquirer Sports

Filipinas bow to Thailand, settle for second place in Group A 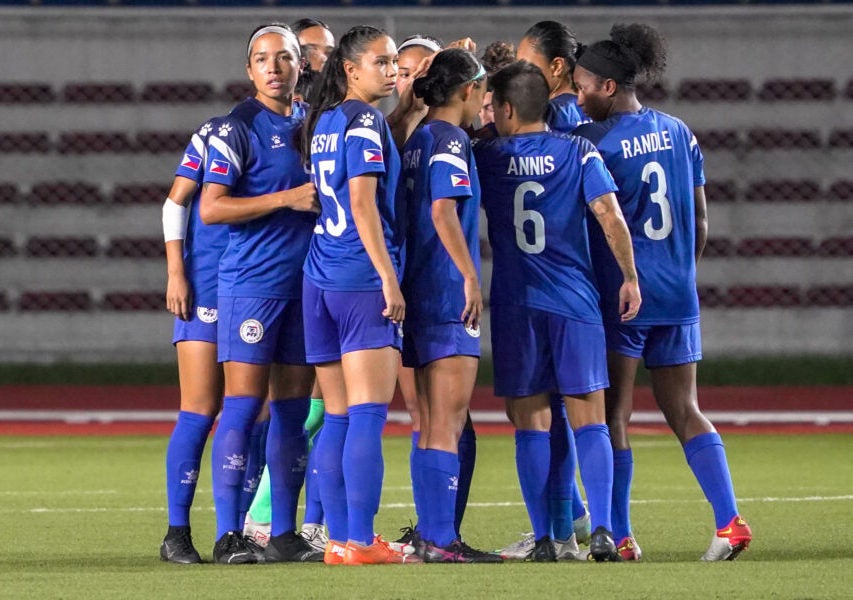 MANILA, Philippines–The Philippines paid the price for another defensive miscue this time and suffered a 1-0 loss to Thailand on Tuesday to emerge as runner-up in Group A of the Asean Football Federation (AFF) Women’s Championship at Rizal Memorial Stadium.

Goalkeeper Olivia McDaniel and defenders Dom Randle and Sofia Harrison misjudged a high-bouncing ball that allowed Thailand’s Kanyanat Chettabuhr to head the ball for the only goal of the match.

Kanyanat’s goal, which stunned a record crowd of 2,923, proved to be the difference and the Filipinas were relegated to second and a semifinal date with either defending champion Vietnam or Myanmar on Friday at the historic pitch.

LOOK: A total of 2,923 fans watched tonight’s match between the Philippines and Thailand — the most since the start of the AFF Women’s Championship. #AFFWomens2022 | via Jonas Terrado

Vietnam and Myanmar meet the following day to determine the team that ends up winning Group B.

Attempts to repeat the same scenario in the 4-1 win over Indonesia when the hosts likewise gave up the opener on a mistake went futile as the Philippines will be up for a tough task for a chance to play in the final.

Jessika Cowart’s left-footed shot off a corner that was saved by Thai keeper Chotmanee Thongmongkol was the Filipinas’ best chance in the first half.

Katrina Guillou had an opportunity to score on a counter but she was in a tight-angled position while Sara Eggesvik’s shot went straight to the gloves of Chotmanee.