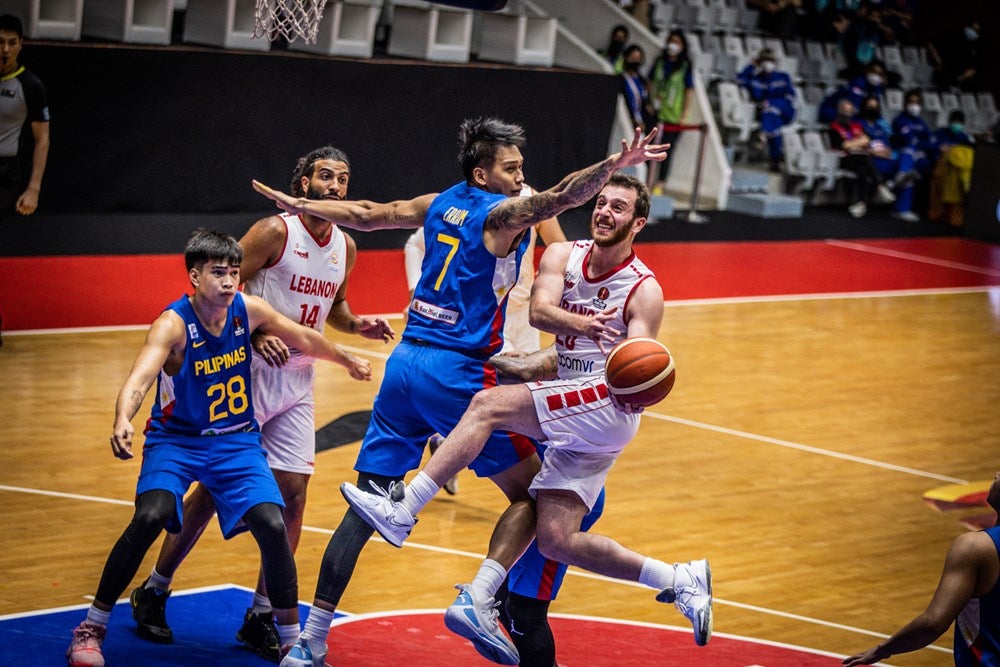 Another pathway to the 2022 Fiba Asia Cup’s knockout stages opened for the Philippines following Lebanon’s massive upset against New Zealand in a battle of Gilas’ tormentors late Friday night.

The Cedars’ 86-72 victory over the Tall Blacks opened up a scenario where the Nationals could also face either Syria or Kazakhstan in a sudden death clash for a quarterfinal berth.

Before that development, Gilas was projected to play either perennial regional powerhouse Iran or rising heavyweight Japan.

For that lighter route to even become possible, the Philippines will need to pull out a big win itself. Gilas is due to face the Kiwis this Sunday, 9 p.m. at Istora Senayan in Jakarta, Indonesia, and national coach Chot Reyes intends to make out of that chance.

“We know that New Zealand is a very strong team. But the one thing that they cannot take away from these players is the fight in them. They have a deep level of fight in their hearts,” he said on the heels of the 101-59 blowout of India on Friday.

“No matter how difficult it is, no matter the adversity, we have a shot. We have a chance,” he added.

On the other hand, New Zealand is shaping up as an even more ferocious lot. The stunning loss should harden the Kiwis even more.

And coach Pero Cameron said it himself: that the Tall Blacks intend to emerge victorious in the tiebreaker.

“[This is] tournament play and you must learn on [the fly],” the Kiwi mentor said. “Winning’s important to remain current in the tournament. Good lessons learned and we need to be better. We expect ourselves to be better so we’re looking forward to the next game.”

The Philippines has never won a game against New Zealand since the Kiwis and the Australians joined the regional showcase under the merger of the Asian Championship and Oceania Championship back in 2017.

Their last two resulted in blowouts: An 88-63 rout in front of the home crowd back in February, and then an even more embarrassing 106-60 beatdown on the road last month.

Fans who cannot catch the game live on TV can stream it via the Smart GigaPlay app. Smart subscribers, with either prepaid or postpaid plans, can stream Fiba Asia Cup games live for free.