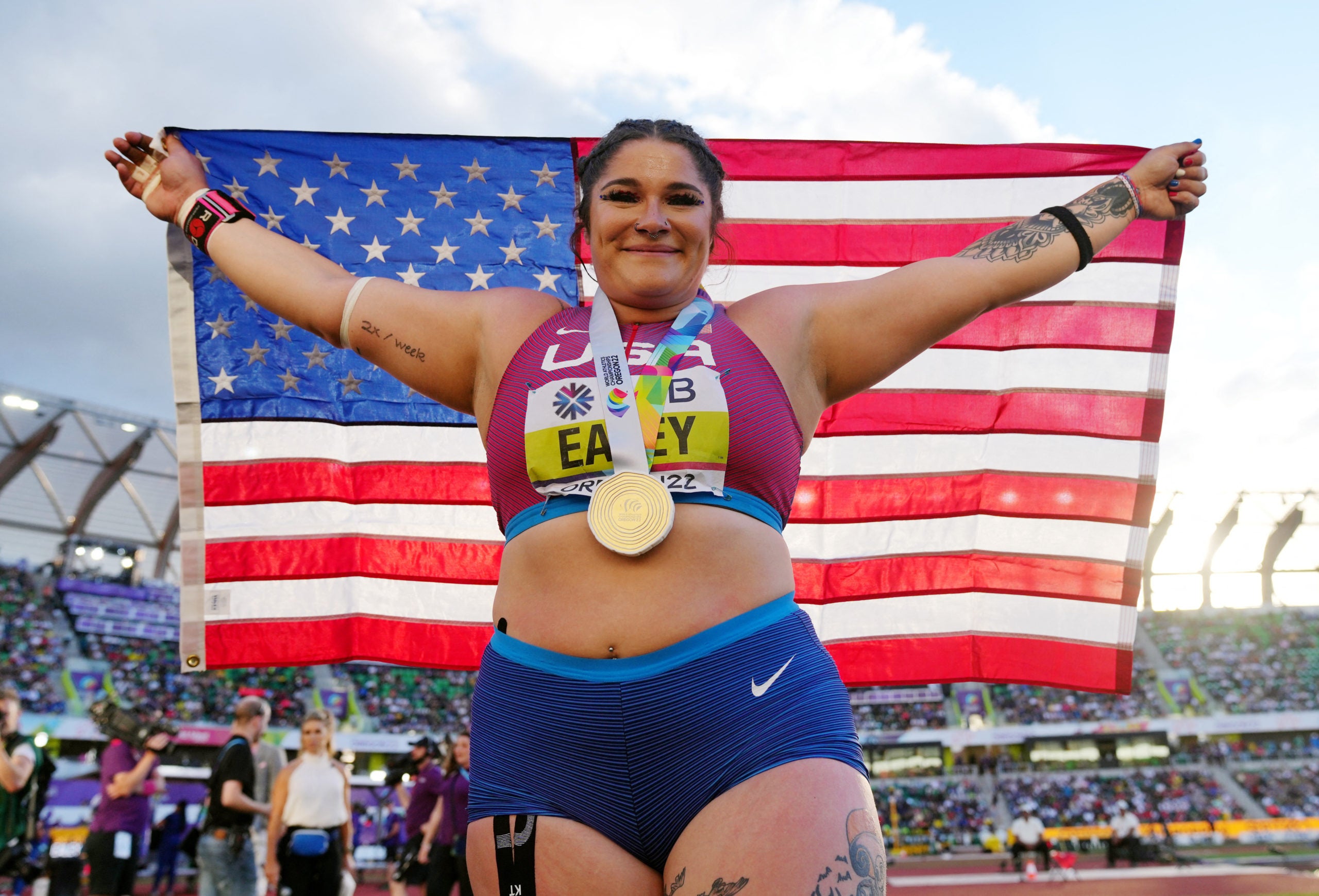 EUGENE, Oregon—One throw was all it took for Chase Ealey to make history on Saturday as she won the United States’ first women’s shot put title at the World Championships, denying China’s Gong Lijiao a third successive gold medal.

The 27-year-old let out a roar as she threw 20.49 meters with her opening attempt, a mark that proved untouchable through six rounds, though Chinese Olympic champion Gong came close with her fifth try, which fell just 10cm short.

“I was just trying to set the tone but I felt like I could have thrown further if need be,” Ealey told Reuters. “It was one of the most amazing feelings I’ve ever experienced in my life. I don’t think I can think of a better moment.”

Jessica Schilder of the Netherlands produced a national record of 19.77m to clinch bronze.

It was heartbreak for Canadian Sarah Mitton, who equaled Schilder’s mark on her final attempt but finished fourth on the tiebreaker.

Ealey embraced her teammates after the final throw and basked in the roars of the home crowd as she continued her unbeaten streak in 2022. 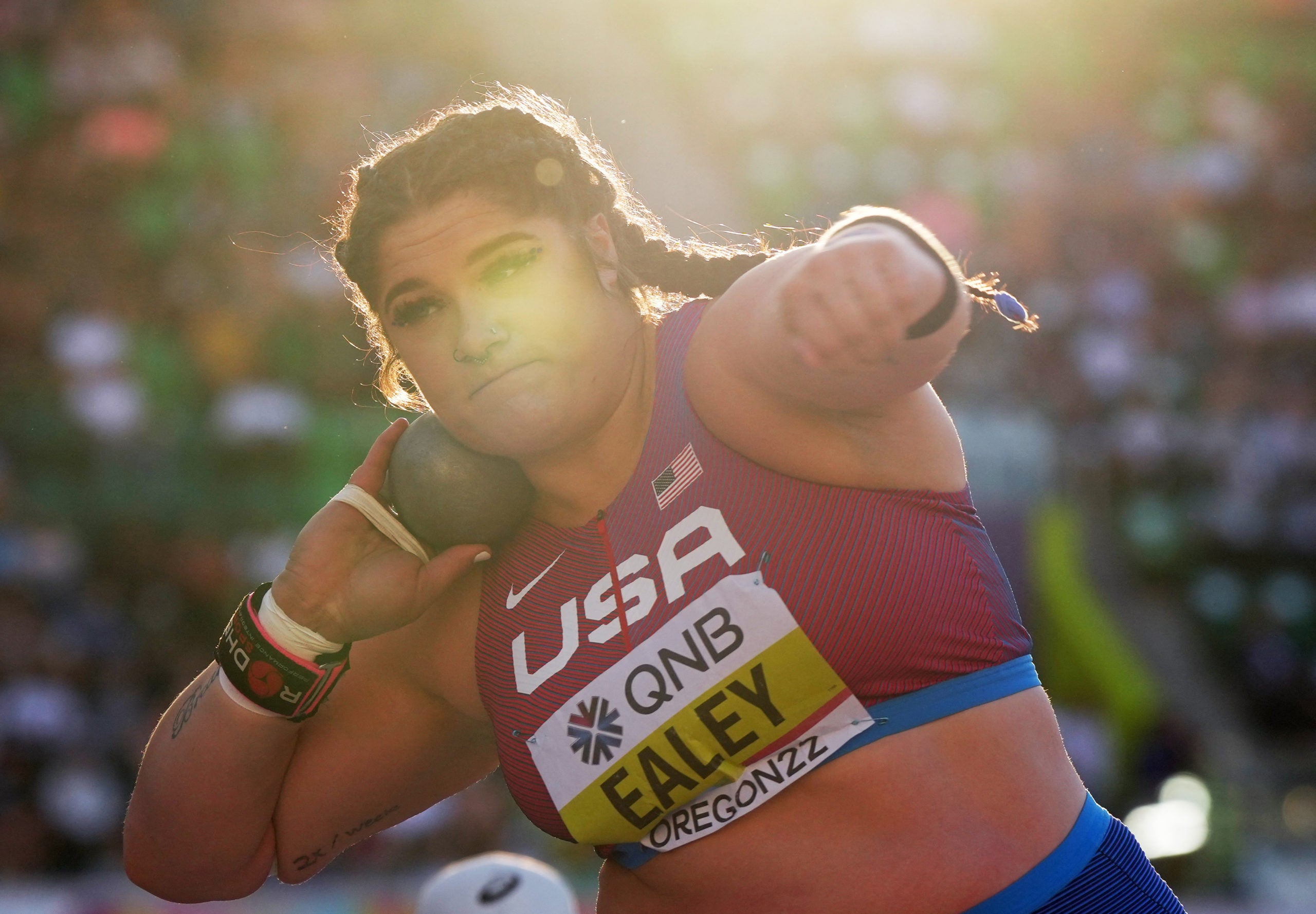 “I felt like I could not control my last throw with these emotions. To do all this at home … I hope this will change my life,” she said.

She was the United States’ first gold medal-winner as it hosts the World Championships for the first time, with the American men sweeping the 100 meters minutes later.

Ealey, with her fingernails painted red, white and blue, wiped tears from her eyes on the podium as the U.S. national anthem played.

“I do not think I can describe the atmosphere at the stadium today,” she said. “It will stay deep in my heart.”

Gong said she expected more from herself in Eugene.

“After the Tokyo Olympics I got away from the game for more than six months, but when I decided to start my preparation for this World Championships I knew that I took huge responsibility as (defending) champion,” she said.

“I’m not so satisfied with this silver medal.”