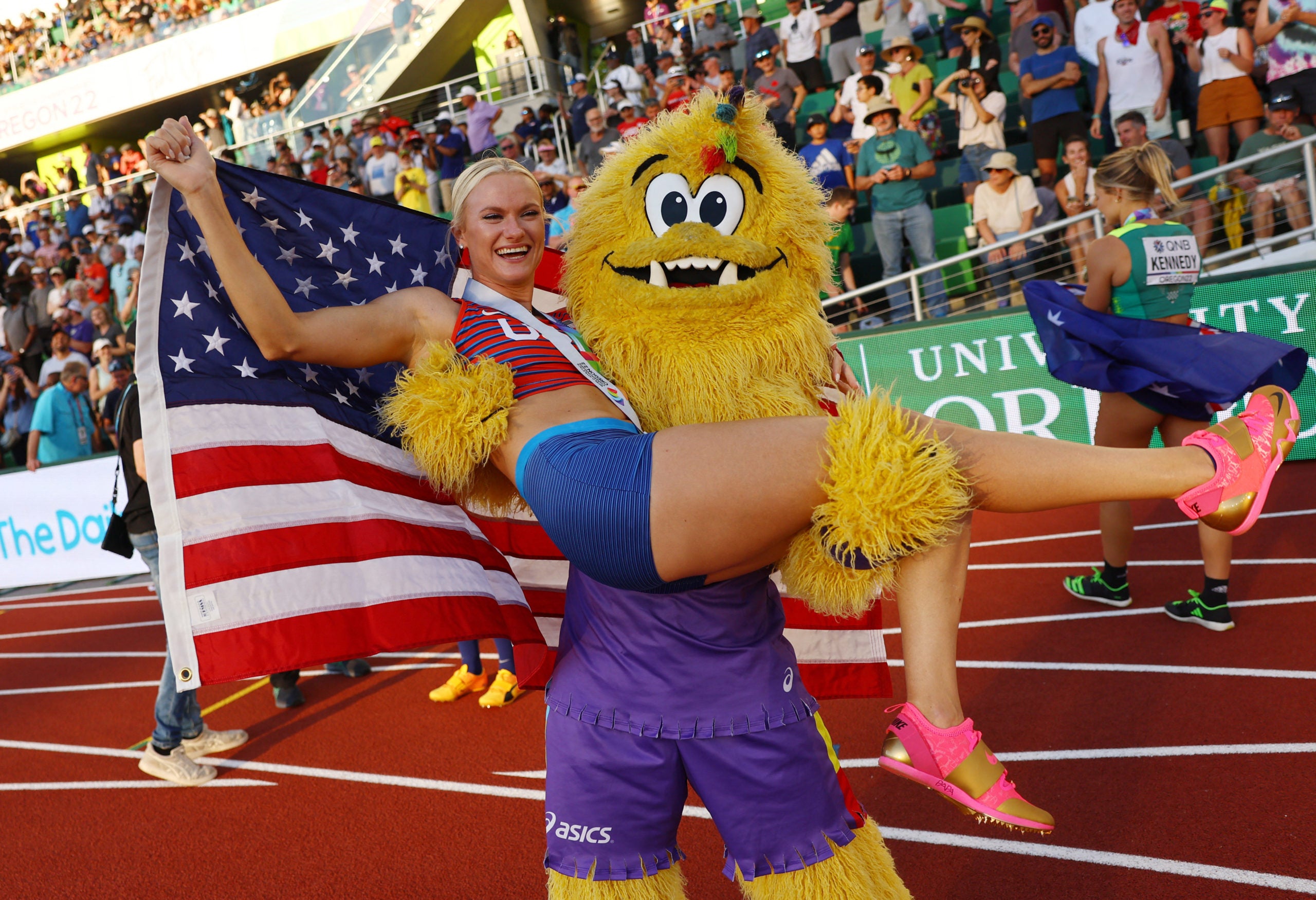 Nageotte opted for a much shorter approach than her opponents, a strategy that clearly paid off as she soared over 4.85 meters on her first attempt to win her first medal at the worlds.

The last American to win gold in the event was Stacy Dragila at the 2011 Edmonton worlds.

“This year has been a struggle to say the least,” said Nageotte, who finished a dismal seventh at the Birmingham Diamond League meet in May.

“To come out on top… is really special.”

Morris had to settle for a third straight silver after clearing the same height but on her second attempt.

While it wasn’t the medal she had hoped for, it marked a remarkable comeback after she lived an athlete’s worst nightmare at the Tokyo Games, when her pole snapped as she was midair in qualifying and she was unable to continue.

“Last year I ended on an injury and this year coming back I was more hungry than ever,” she said. “I still am.”

It was the third straight gold for the American women in the field events in Eugene, Oregon, after Chase Ealey won the shot put and Brooke Andersen triumphed in the hammer throw.

Kennedy, who scraped the bar with her knee in her second try at 4.85 and passed on a third attempt, never came off the ground on her 4.90 attempt but said she was thrilled nonetheless.

“It’s my first major final and medal as well so I’m stoked,” she told reporters.