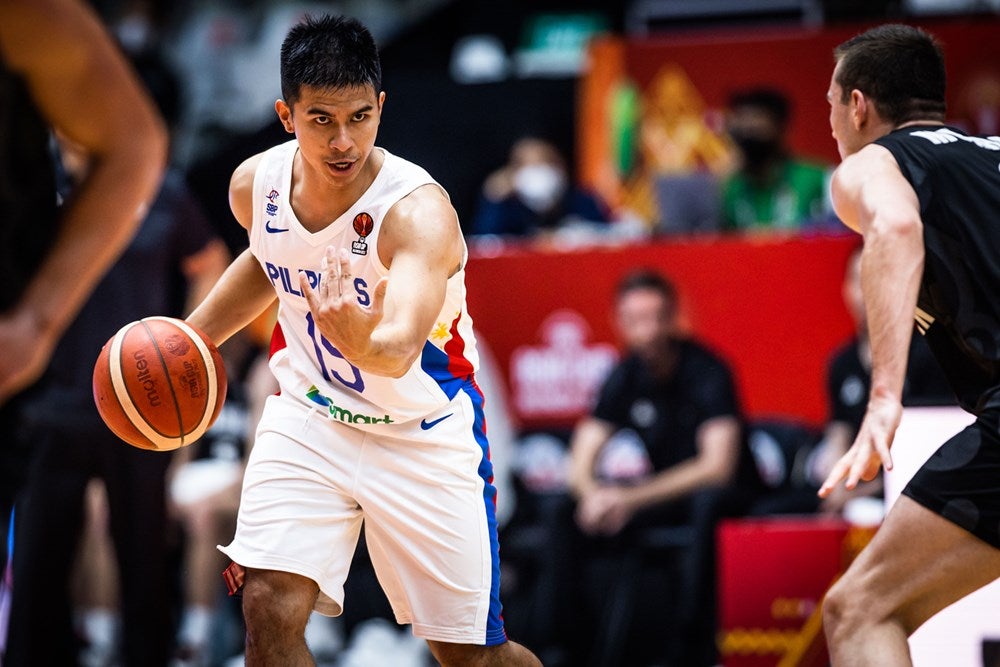 MANILA, Philippines—After Gilas Pilipinas displayed “an almost perfect game,” Kiefer Ravena is putting a premium on rebounding better and playing more physical when they face Japan in a knockout quarterfinal game on Tuesday in the 2022 Fiba Asia Cup.

The Philippines’ nearly-flawless game of one turnover was not enough to pull off an upset against New Zealand, which still proved too much and prevailed with a 92-75 win to wrap up Group D on Sunday at Istora Senayan in Jakarta Indonesia.

Ravena, who led the gallant stand with 17 points, six rebounds, and three assists, lauded his team’s ability to take care of the ball. But the Tall Blacks’ strong inside presence outrebounded them, 61-28, and dominated the paint, 40-28, denying the Filipinos’ valiant efforts.

Ravena, who played as Shiga’s import in the 2021-22 Japan B.League, stressed they can’t be outplayed inside in the next stage, especially they are facing the Japanese in a do-or-die game.

“We have to box out and be physical against the tougher teams going into the next round,” he said.

Besides Kiefer, his younger brother Thirdy of SanEn and Bobby Ray Parks Jr. of Nagoya will go up against familiar foes.

Japan, led by NBA player Yuta Watanabe, won two of its three matches to secure the No.2 seed in Group C.

For Gilas head coach Chot Reyes, they have to move on from another tough loss to New Zealand and shift their focus to Japan for them to reach the quarterfinals.

“We talked about it in the dugout and we said we need to forget this game because the next team we’re playing is a different kind of ballgame,” Reyes said. “They have to get their energy and a lot of our quickness to stay with Japan. We‘ve watched how they play so nothing left to be done but just to get ready for that next one.”