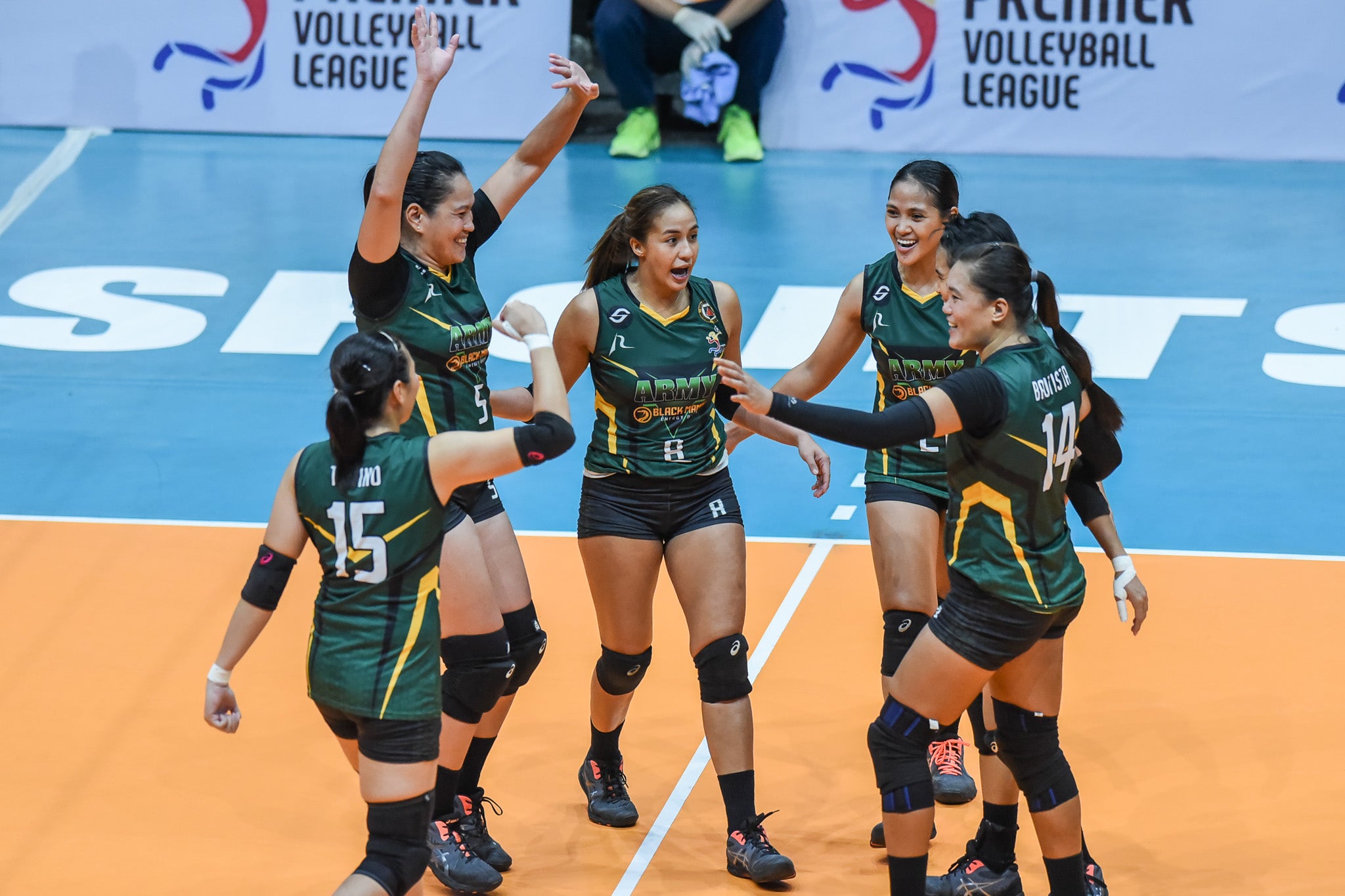 The Lady Troopers rallied from a second set loss and a big deficit in the third set to beat Flying Titans, who were missing several key players, and score their second straight victory so far.

Army assistant coach Rico de Guzman the absence of Kat Tolentino threw their game plan off but they still managed to make the best of it.

“We were really surprised after finding out she (Tolentino) wouldn’t play. But even without her, it didn’t come easy although we did exploit her absence,” said de Guzman, who took over from coach Kungfu Reyes.

The Flying Titans, who drew 15 points from Caitlyn Viray and 10 from Aduke Ogunsaya in the losing effort, dropped to 1-2, in danger of missing the semifinals where the foreign teams from Japan and Taiwan will see action.