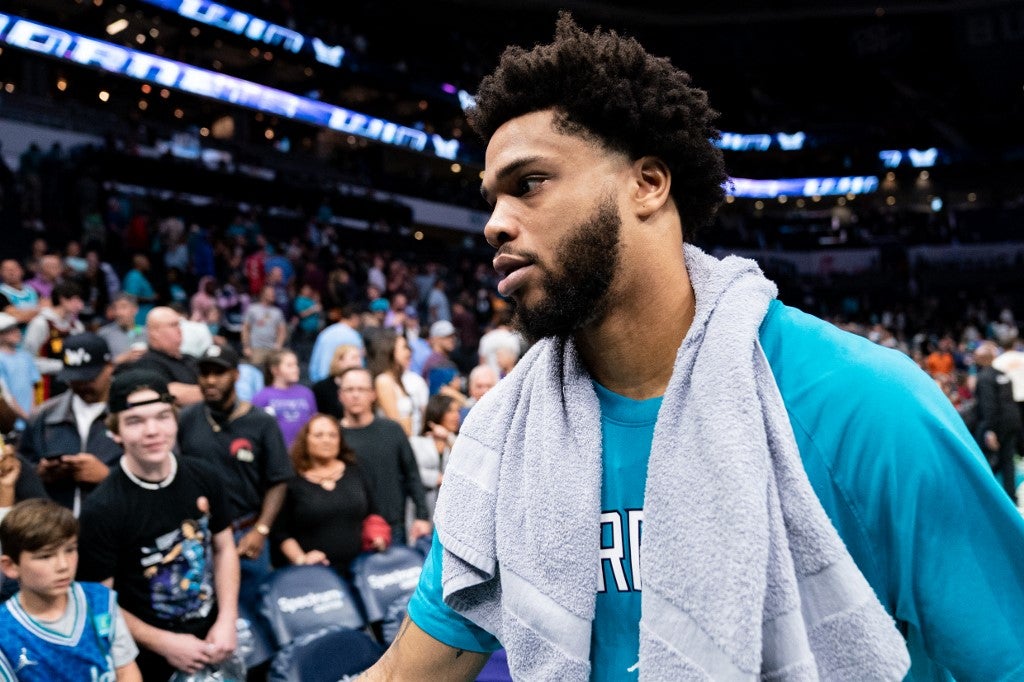 FILE–Miles Bridges #0 of the Charlotte Hornets walks off the court after defeating the Orlando Magic during their game at Spectrum Center on April 07, 2022 in Charlotte, North Carolina. Jacob Kupferman/Getty Images/AFP

Bridges was arrested on June 29 after allegedly assaulting his girlfriend in front of their two children. The incident has led to one count of injuring a child’s parent and two counts of child abuse under circumstances or conditions likely to cause great bodily injury or death. All three counts are felonies.

Following his arrest, Bridges was booked before being released on a $130,000 bond.

“Children who witness family violence are especially vulnerable and the impact on them is immeasurable,” L.A. County District Attorney George Gascon said in a statement. “Mr. Bridges will be held accountable for his actions and our Bureau of Victim Services will support the survivors through this difficult process.”

“I hate that it has come to this but I can’t be silent anymore,” Bridges’ girlfriend, Mychelle Johnson, said on Instagram. “I’ve allowed someone to destroy my home, abuse me in every way possible and traumatize our kids for life.”

Bridges will be arraigned in court on Wednesday.

The 24-year-old Bridges received a qualifying offer from Charlotte before his arrest after averaging a career-best 20.2 points last season. Both the Hornets and the league are still trying to gather more details on the incident.