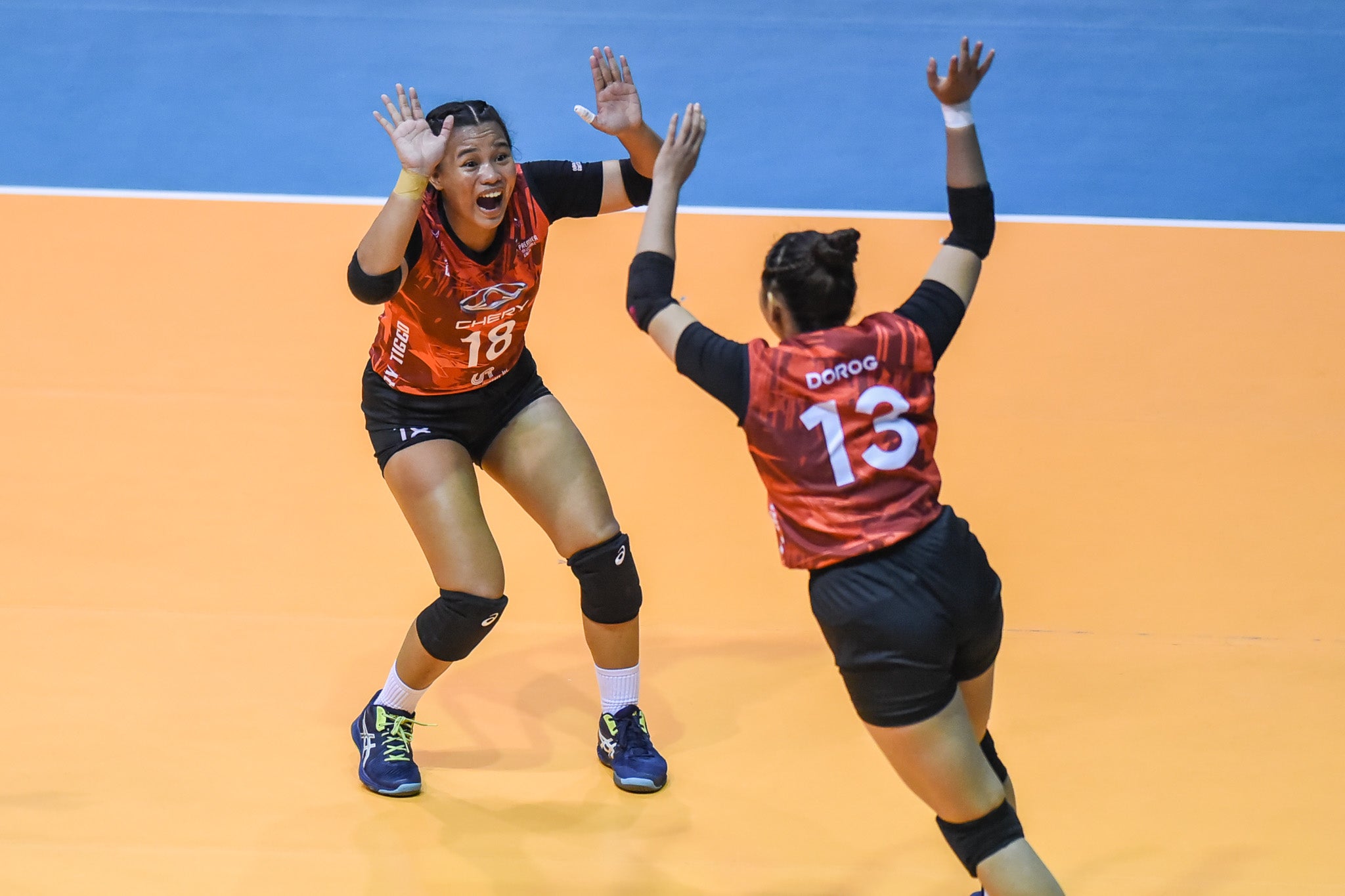 Setter Alina Bicar shone in her first start dishing out 13 excellent sets as four Crossovers scored in double figures and outplayed the Angels in attacking, 53-38, to end a three-game skid and stay in the hunt for the next round.

Bicar, who played sparingly last Saturday’s loss to Cignal coming off the health and safety protocols, also had 11 digs and five points in her first full game for Chery Tiggo, replacing Jasmine Nabor in the starting six.

“We’re happy and grateful because we still have a chance to contend for the next round. Our team is almost complete. We’re slowly executing the strategies that we wanted to do,” said Chery Tiggo head coach Clarence Esteban in Filipino.

“Nothing is impossible. We just have to keep on working and do the right things for us to get more wins,” he added. Adorador joined hands with Laure in the third set to give their team a 23-19 lead and never looked back in closing out the match in 90 minutes as Chery Tiggo improved to a 1-3 record.

“Our coaches remained confident in our team despite losing the first three games. Their trust and confidence motivated us to give our all (in this game) and push harder in training,” said Adorador in Filipino.

Petro Gazz, which reached the Open Conference finals last April, bombed out of semis contention with its fourth straight loss.