Galanza delivered 23 points built on 21 attacks and two aces including seven excellent receptions as the Cool Smashers denied the Crossovers’ comeback, led by Mylene Paat in the last two sets, to earn their fourth win in five games after a two-hour duel.

Besides Galanza, Tots Carlos scattered 17 attacks, two blocks, and an ace to finish with 20 points and had 13 digs. Alyssa Valdez chipped in 16 markers and 13 digs, as Jia De Guzman dished out 23 excellent sets and drilled the match-winning ace.

“We knew that Chery will not go down without a fight. I’m glad that my team played well today,” said Creamline coach Sherwin Meneses in Filipino. “Hopefully, we get one more win on Saturday before entering the semifinals.” 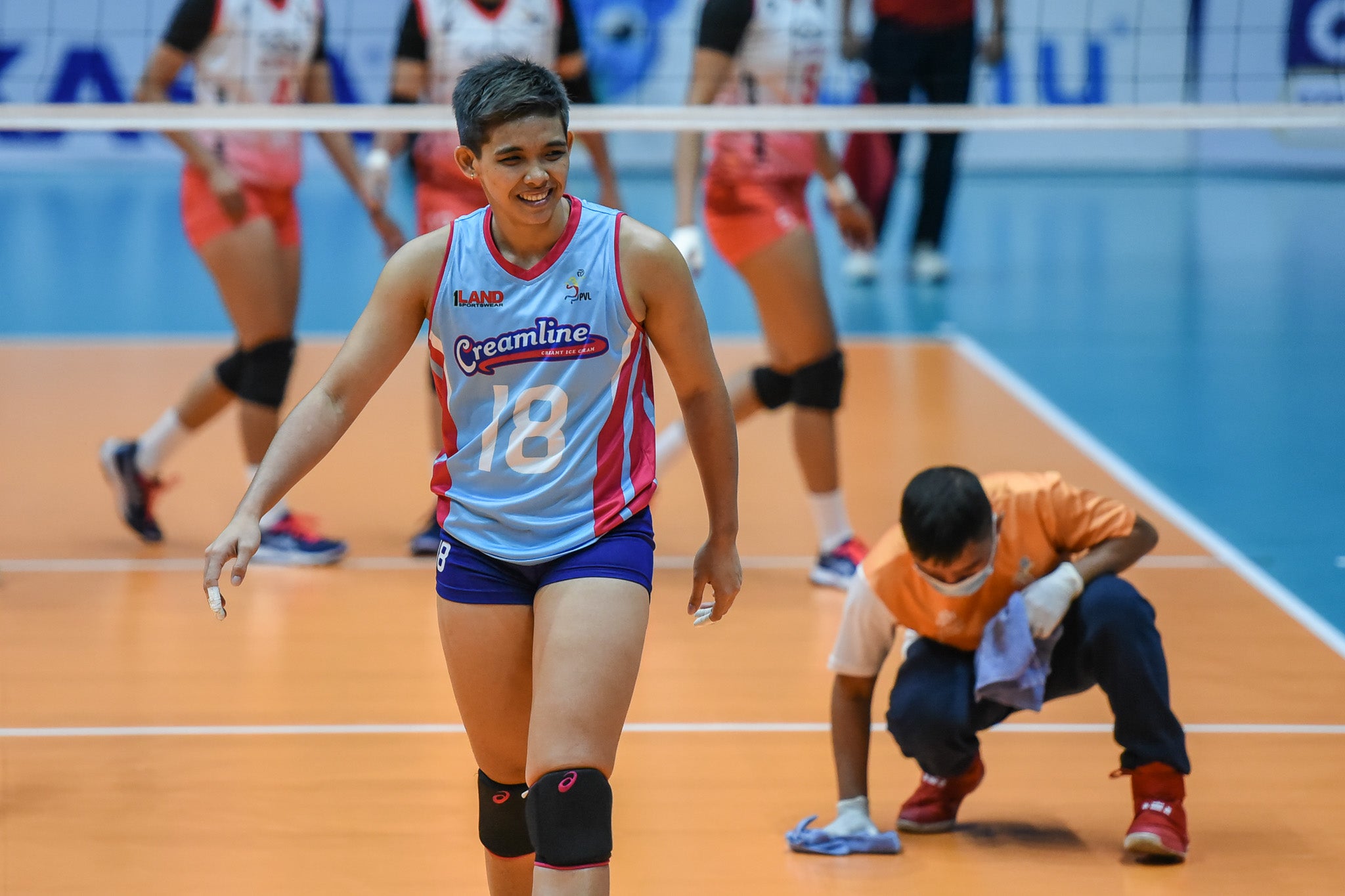 Creamline and Cignal, both 4-1, earned two of the four semis berths, joining two guest teams Kobe Shinwa University of Japan and KingWhale Taipei for another round robin. Army Black Mamba and PLDT, who are tied at 3-2, and Choco Mucho (2-3) will dispute the last two tickets to the next round.

Chery Tiggo threatened a comeback after taking the third set and fighting back from a 19-23 deficit in the fourth as Paat powered the team’s three straight points to trim it down to one, 22-23. Carlos restored the order pushing Creamline at matchpoint but Paat’s attack and Valdez’s spike error tied the frame at 24-all.

Chery Tiggo placed seventh, winning only one of its sixth matches and suffering two straight losses to Creamline, including a quarterfinals loss in the Open Conference.

Paat carried the Crossovers with 15 points off 10 attacks, three blocks, and two aces, and six blocks, May Luna had nine points, while Carandang added eight markers.

With first win, Creamline flaunts depth and status as favorite