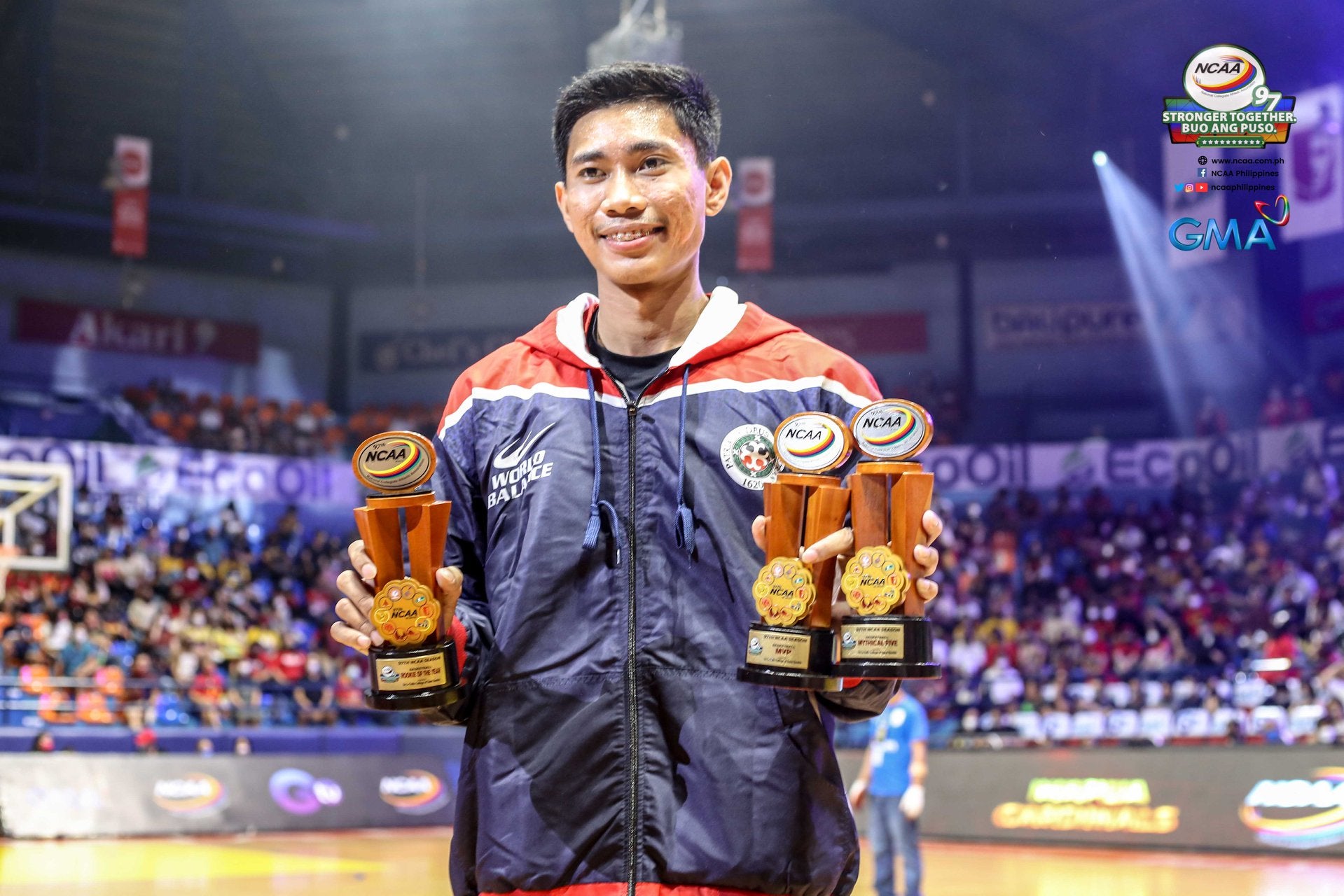 MANILA, Philippines — Letran expressed its gratitude to Rhenz Abando, who decided to take his act to the Korean Basketball League (KBL) and forgo his remaining year with the Knights.

The school on Thursday confirmed that Abando is no longer returning for the NCAA Season 98 “in order to seek growth and greener pastures” as Anyang KGC’s import.

Abando, the NCAA Rookie MVP and Mythical team member, led the Knights to a second straight championship last May in a 12-game sweep of the season.

“As always, Letran is most grateful to Mr. Abando for playing well for the team, for winning both the Rookie of the Year and Most Valuable Player awards, for helping us keep the senior basketball championship in the 97th Season of the National Collegiate Athletic Association (NCAA),” read the statement.

“We remain committed to our vocation of forming our students and athletes according to the ideals of DEUS, PATRIA, LETRAN, which we have confidently bequeathed to Mr. Abando. Once a Letranite, Always a Letranite. We pray for Mr. Abando, and wish him well.”

The Knights are currently competing in the PBA D-League Aspirants’ Cup and FilOil EcoOil Preseason Cup, where Abando didn’t play since returning from his duty for Gilas Pilipinas in the Fiba Asia Cup.

Letran will gun for its third straight championship in NCAA Season 98, which opens in September.