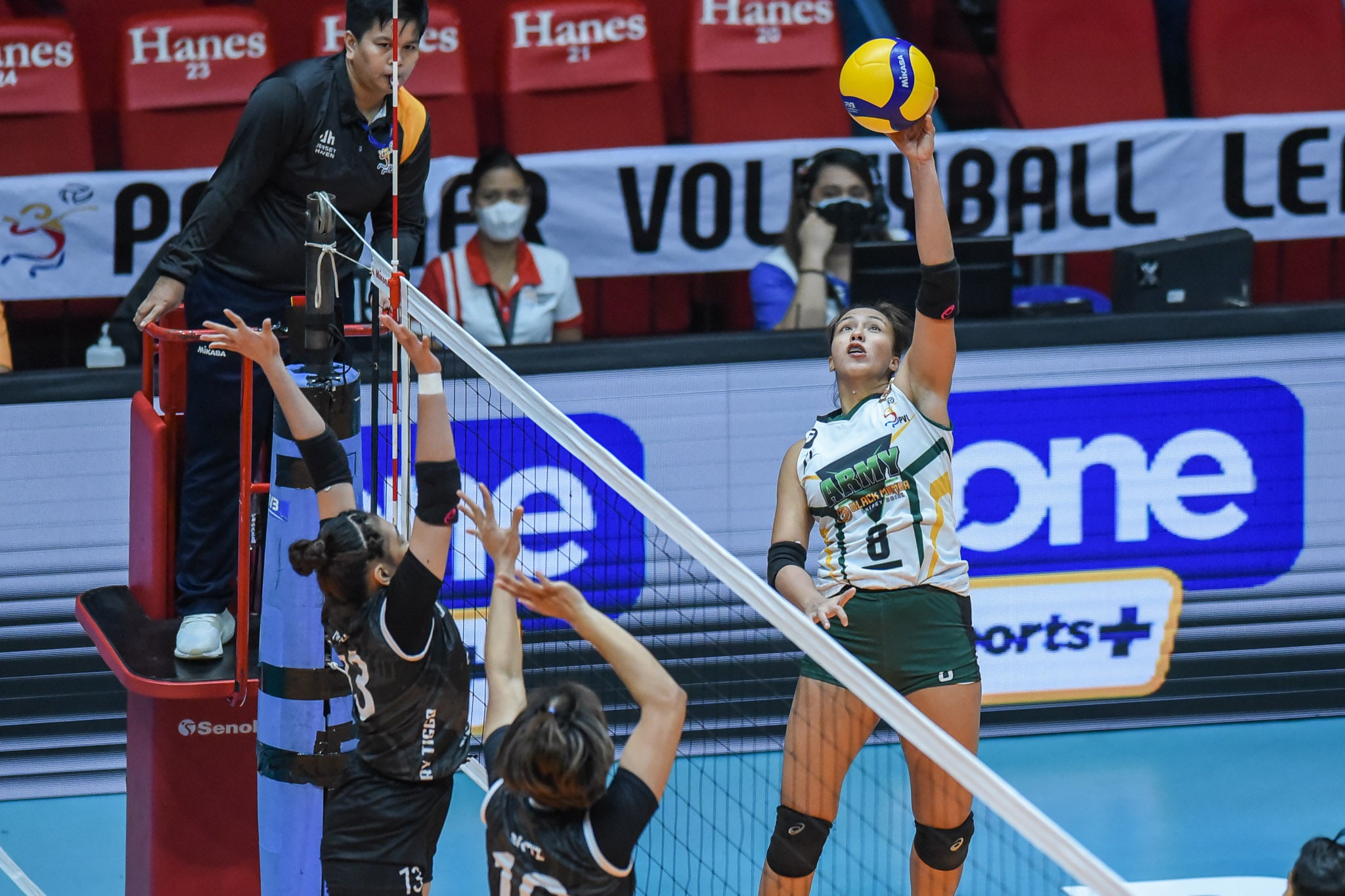 Depending on how the day goes, the popular Choco Mucho Flying Titans will be holding their collective breaths for a long time before knowing if they still hold their fate in their hands in the Premier Volleyball League (PVL) Invitational Conference.

That’s because two other teams with the inside track to the last two semifinal slots will play before them as the elimination round closes at Filoil EcoOil Centre in San Juan on Saturday, and the Flying Titans would then need to beat a team that has nothing more to lose to know if they still have a chance.

Army and PLDT, tied at third with 3-2 records, battle Creamline and Cignal HD at 11:30 a.m. and 2:30 p.m., respectively, and the only way for Choco Mucho to stay alive is hope for the Cool Smashers and the HD Spikers to win—even if they stand to gain nothing—before the Flying Titans get the job done against ousted Petro Gazz at 5:30 p.m.

Choco Mucho fueled its semis drive with a gripping five-set escape over PLDT the other day.

But it is not that simple.

The Flying Titans are outside of the Top 4 with a 2-3 card and could only force a three-way tie for third spot with a straight sets win over the Angels coupled with victories by the Cool Smashers and the HD Spikers, also via sweep or in four sets.

The PVL points system will be used to break the tie. Heading to the final elims playdate, Army and PLDT both have nine points while Choco Mucho has six.

At least, Choco Mucho knows that sister team Creamline will continue to play its heart out.

“Hopefully, we could win again to take a winning feeling into the semis,” Creamline coach Sherwin Meneses said.