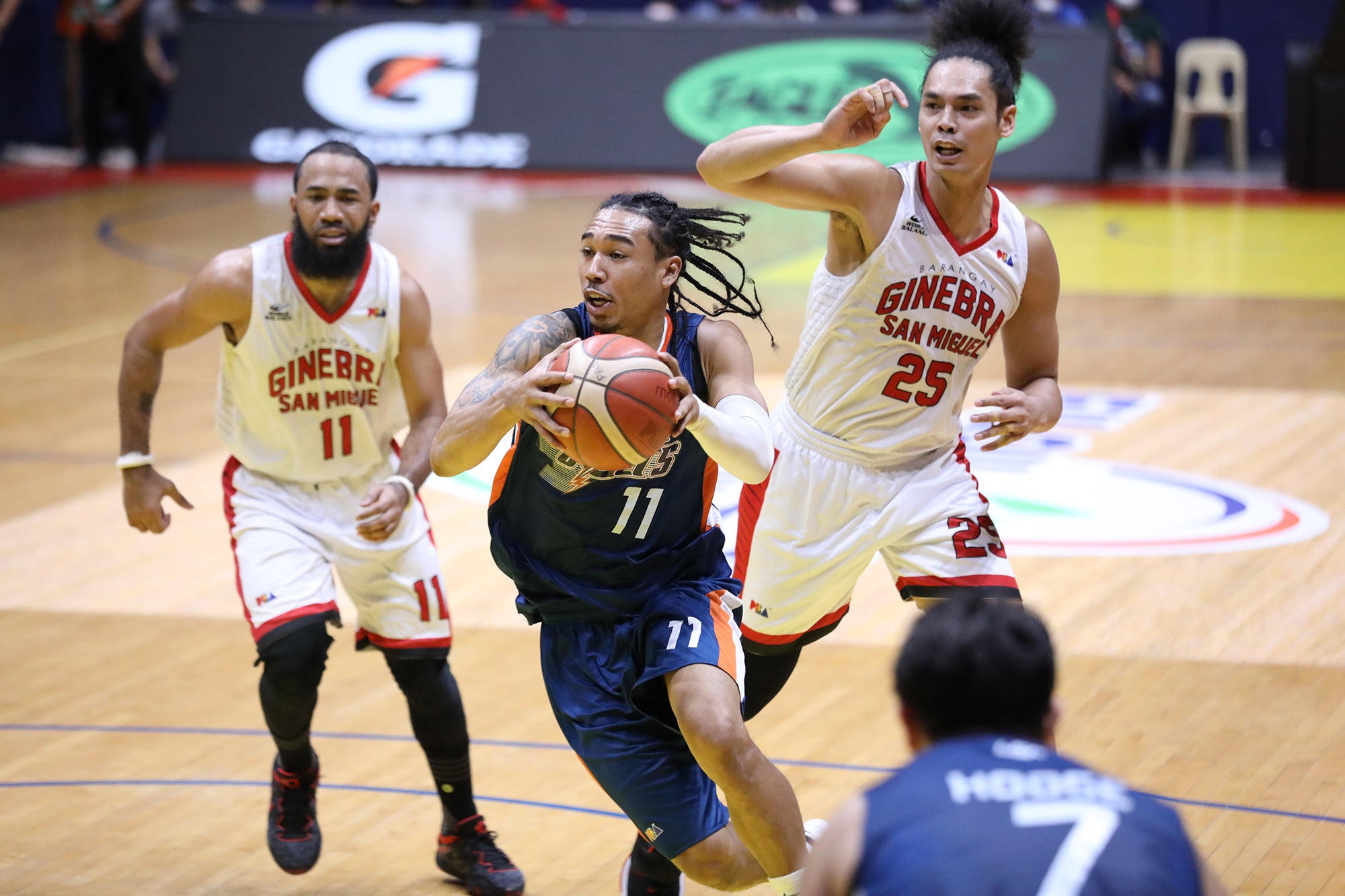 Meralco Bolts guard Chris Newsome drives down the lane during a game against the Barangay Ginebra Gin Kings in the 2022 PBA Philippine Cup quarterfinals in San Juan. PBA IMAGES

MANILA, Philippines—The physical nature of Meralco’s loss to Barangay Ginebra San Miguel in Game 2 of the PBA Philippine Cup quarterfinals did not sit well with Chris Newsome, who took to social media to express his dismay.

Newsome made cryptic remarks on Twitter shortly after the Bolts were beaten 94-87 by the Gin Kings on Friday at the Filoil EcoOil Centre in San Juan, and then posted a video on the same online platform of him being elbowed in the nape by Prince Caperal the following day.

His comments came after a tension-filled matchup that ended with Ginebra extending the series to a deciding third game slated Sunday at the Mall of Asia Arena.

Elbows were flying and bodies were all over the floor for most of the match, particularly in the first two quarters which prompted some players from both sides to exchange some unsavory words.

Newsome got hit by Caperal while watching the flight of the ball during the second quarter, spending a couple of minutes kneeling on the floor to try and gather himself.

It was a frustrating afternoon for Newsome, who was held to just eight points and was nursing five personal fouls during the fourth.

His comments are expected to be among the subplots of the decider as Meralco hopes to finally beat Ginebra in a series after five unsuccessful tries, including four Governors’ Cup Finals matchups.