ANTIPOLO— Tots Carlos poured 24 points as Creamline sent Army Black Mamba to the brink of elimination with a 25-21, 23-25, 25-19, 25-17 first win in the Premier Volleyball League Invitation Conference semifinal round on Thursday at Ynares Center here.

Carlos, sporting a new hair color of bright pink, drilled 21 kills of her 46 attempts and had 19 digs to help the Cool Smashers kick off their semis campaign on a high note and beat the Lady Troopers in two hours and five minutes

Setter Jia De Guzman scattered the offensive load with 28 excellent sets even as Alyssa Valdez and Jema Galanza also delivered for the Cool Smashers, who needed to recover from a second set loss after giving up 30 errors in the match.

“Our team recovered after dropping a set. Army is really a strong team and will not go down without a fight,” said Cool Smashers head coach Sherwin Meneses in Filipino. “We just needed to recover from the situation. Good thing everyone contributed.” 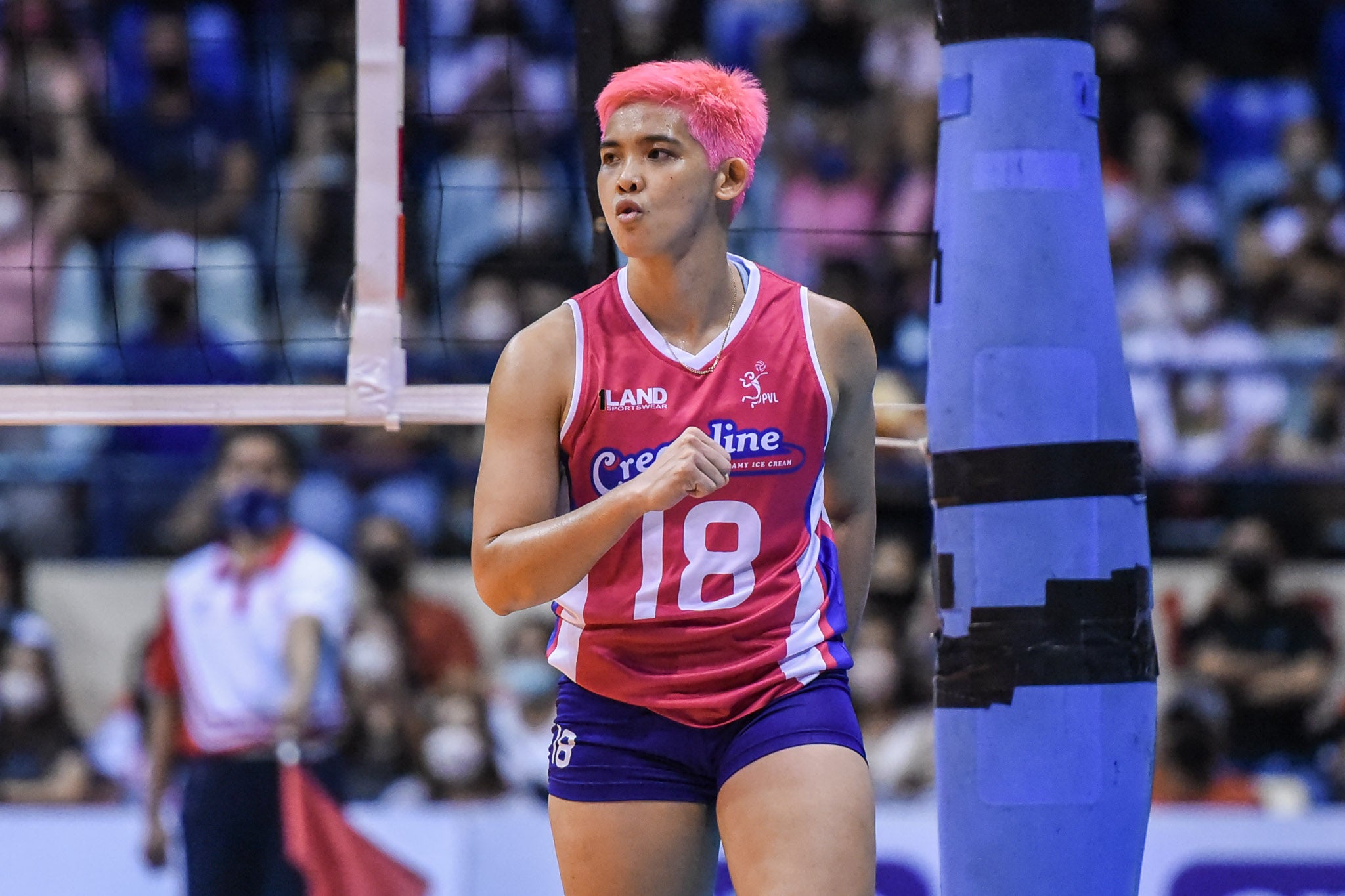 Creamline joined PLDT on top of the PVL semis standings as of posting time. The top teams will clash on Saturday in Antipolo before facing Kobe Shinwa University of Japan on Monday at Mall of Asia Arena.

The Cool Smashers, the Open Conference champions, will face KingWhale of Taipei on Wednesday at Filoil EcoOil Arena.

Army erased a 19-22 deficit in the second set with Jovelyn Gonzaga tying the match before Joanne Bunag put them ahead, 23-22. Carlos tied the set anew with an offset, but Gonzaga pushed her team to set point, 24-23, followed by Audrey Paran’s ace to level the match at one set apiece.

But the troika of Carlos, Valdez, and Galanza waxed hot as Creamline took full control of the last two sets and set the Lady Troopers to a 0-2 record, who is on the verge of missing the final with only the top two squads advancing to the winner-take-all championship on August 14.