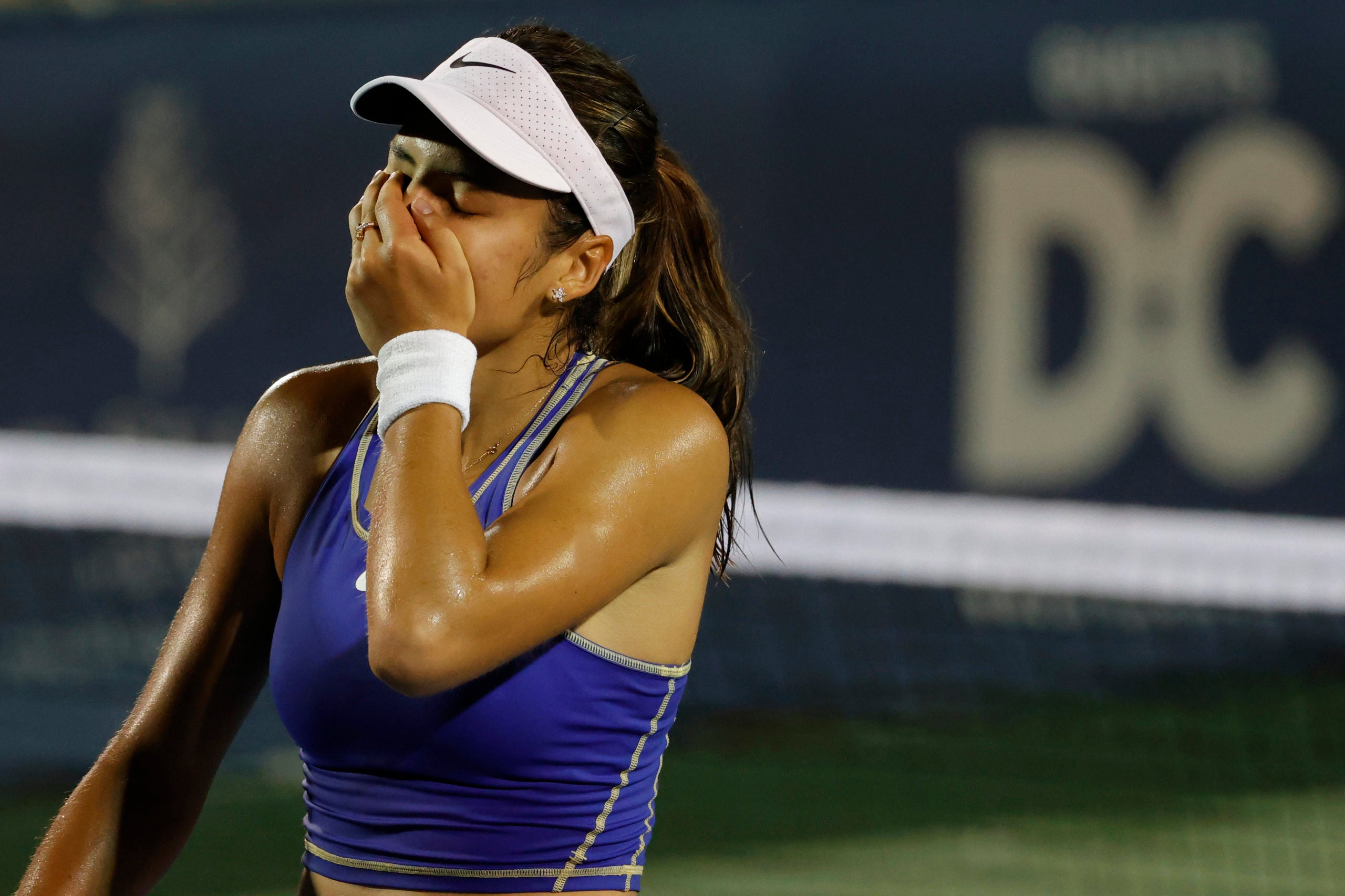 Russia’s Liudmila Samsonova saved four set points in the first set and went on to upset second-seeded Emma Raducanu of Great Britain 7-6 (6), 6-1 in on Friday the quarterfinals of the Citi Open in Washington.

Raducanu, the reigning U.S. Open champion, failed on two chances to win the first set with Samsonova serving at 4-5. Raducanu subsequently went ahead 6-4 in the tiebreaker but lost the next four points.

Samsonova moved within one win of her second career WTA Tour final. She finished runner-up at the 2021 German Open. FILE–Coco Gauff of the U.S. in action. REUTERS/Paul Childs

Badosa is through to her fourth semifinal of the year as she looks to capture her first tournament title since prevailing at Sydney, Australia, in mid-January.

Her semifinal opponent will be seventh-seeded Daria Kasatkina of Russia, who rallied past fourth-seeded Aryna Sabalenka of Belarus 4-6, 7-5, 6-0.

On the other half of the bracket, Shelby Rogers won an all-U.S. showdown against Amanda Anisimova, 6-4, 6-4. Rogers will face off in the semifinals against ninth-seeded Veronika Kudermetova of Russia, who eliminated third-seeded Ons Jabeur of Tunisia 7-6 (5), 6-2.

Read Next
Philippine team to play in PVL semis as Kobe Shinwa pulls out
EDITORS' PICK
House energy committee chair Arroyo bats for cheap electricity
Unleash the photographer in you this World Photography Day with vivo smartphones
DOH says COVID-19 cases plateauing, but public shouldn’t be ‘complacent’
23,000 cops to be deployed nationwide for school reopening
Look Through: The fate of impounded stray dogs
What to watch out for when selecting a video surveillance solution
MOST READ
Solons file resolutions seeking probe on ABS-CBN, TV5 merger
Korina Sanchez reunites with former ABS-CBN co-anchors Julius Babao, Cheryl Cosim
Light therapy could be the answer to your sleep problems
Sharon Cuneta asks for prayers for friend in ICU who suffered silent stroke
Don't miss out on the latest news and information.