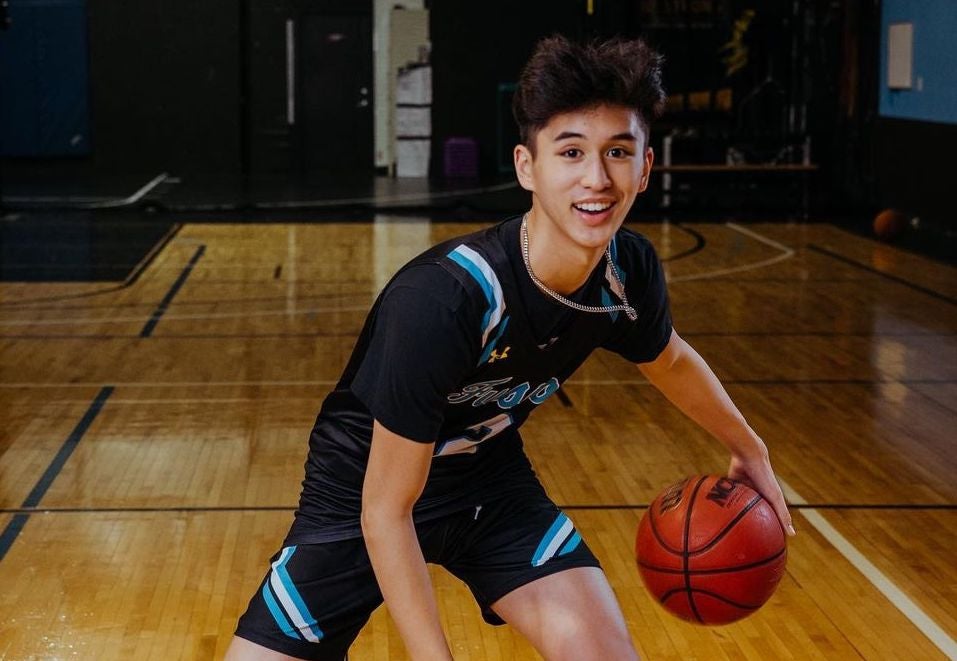 MANILA, Philippines—Filipino-American Kyle Gamber has added himself to the long list of Ateneo recruits this year.

Gamber is the latest crack guard to join the Blue Eagles after Albert Opeña Jr., Paul Garcia and Jared Brown.

“Kyle is very much an all-purpose guard. He’s a big guard. He’s a guy that is very comfortable with the ball in his hand but he’s also a guy that understands the game. He’s got great court vision, knows how to pass the ball and an excellent shooter,” said Ateneo head coach Tab Baldwin, who introduced Gamber in a press conference via Zoom on Saturday.

“I think the signing of Kyle will pretty much put a bow certainly on all the guard recruits we’re looking at,” Baldwin added. “As a player, he’s a high IQ guy and he really understands the game. And I really cherish those types of players.”

The 6-foot-4 Gamber will be eligible to play for Ateneo in UAAP Season 86 next year.

Ateneo edged other top schools including ones in the United States in getting Gamber’s commitment.

But despite getting a lot of different offers, Gamber believes playing for the Blue Eagles is the best decision for his career.

“Even before I talked to coach Tab I knew that I wanted to choose Ateneo as my school but talking to him made me further my interest because he just explained the environment, the people in Ateneo and I just feel like it’s a perfect fit for me and play to the best of my ability,” Gamber said.

The 17-year-old Gamber, who is in his senior year at Polytech High School in Woodside, Delaware, also expressed his desire in playing for the national youth team.

His eligibility as a local Filipino in Fiba tournaments, however, is still up in the air.

According to Baldwin, Gamber, whose dad hails from Cagayan de Oro and mom was born in Cebu and raised in CDO, applied for a Philippine passport “well before he was 16 but he wasn’t granted the passport until after afterward.”

“So there is a gray area there now where the SBP is in discussion with Fiba and you know we are all very hopeful that Kyle is granted local status.”