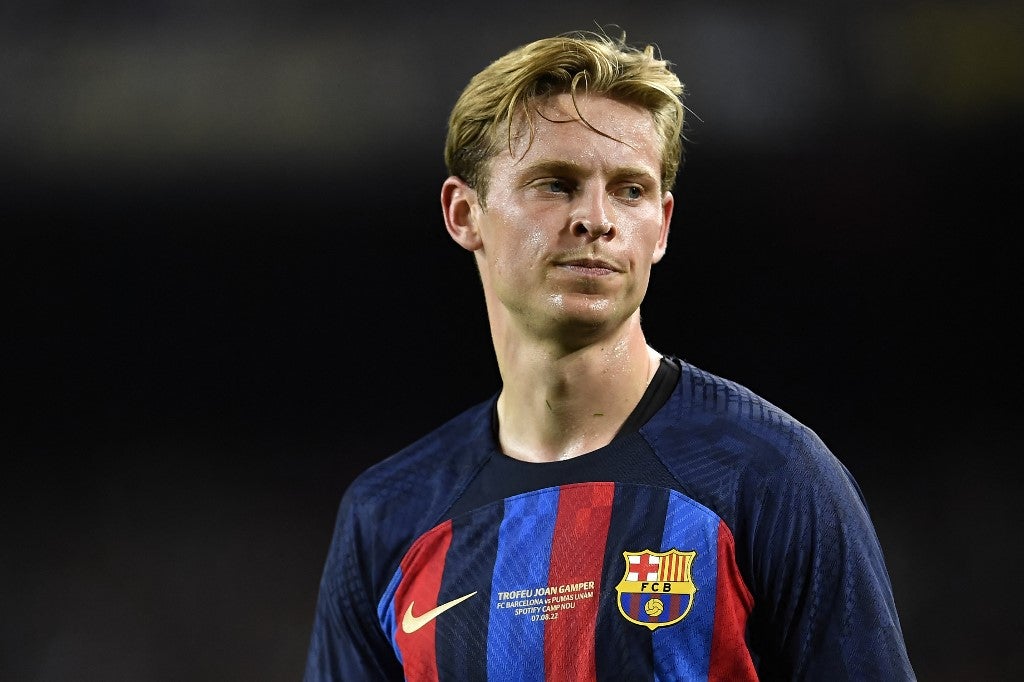 Barcelona midfielder Frenkie de Jong sees his future at the LaLiga side despite exit reports and the club wants him to remain at the Nou Camp, president Joan Laporta said on Sunday.

The Dutch international has been linked with a Premier League move in the current transfer window, with British media reporting that Manchester United was willing to pay 70 million euros ($71.27 million) for the 25-year-old.

“He is a Barca player of great quality and we want him to stay,” Laporta told reporters ahead of the Joan Gamper Trophy final.

“With him and his teammates, we have a very strong midfield. He has offers but we want him to stay and he wants to stay too.”

Barcelona has brought in the likes of Raphinha, Jules Kounde and Robert Lewandowski for a reported total of more than 150 million euros as they look to rebuild the team.

Laporta said he expected more transfers in and out of the club before the market closes on Aug. 31, with Chelsea defender Marcos Alonso strongly linked to the 26-time Spanish champions.

Chelsea manager Tomas Tuchel said on Saturday that Alonso was not included in the lineup for their opening 1-0 Premier League win at Everton because he wants to leave. Read full story

“There are players who will have to leave and we are working on it. And there will be some more signings,” Laporta said.

“This week what we hope to do is to register the players we have already signed.”

“They have understood that the best thing is to go and play for another team,” Laporta added.

“Their contracts have always been respected but there comes a time when they have to take a step forward. This week we should sort out both of (their cases).”