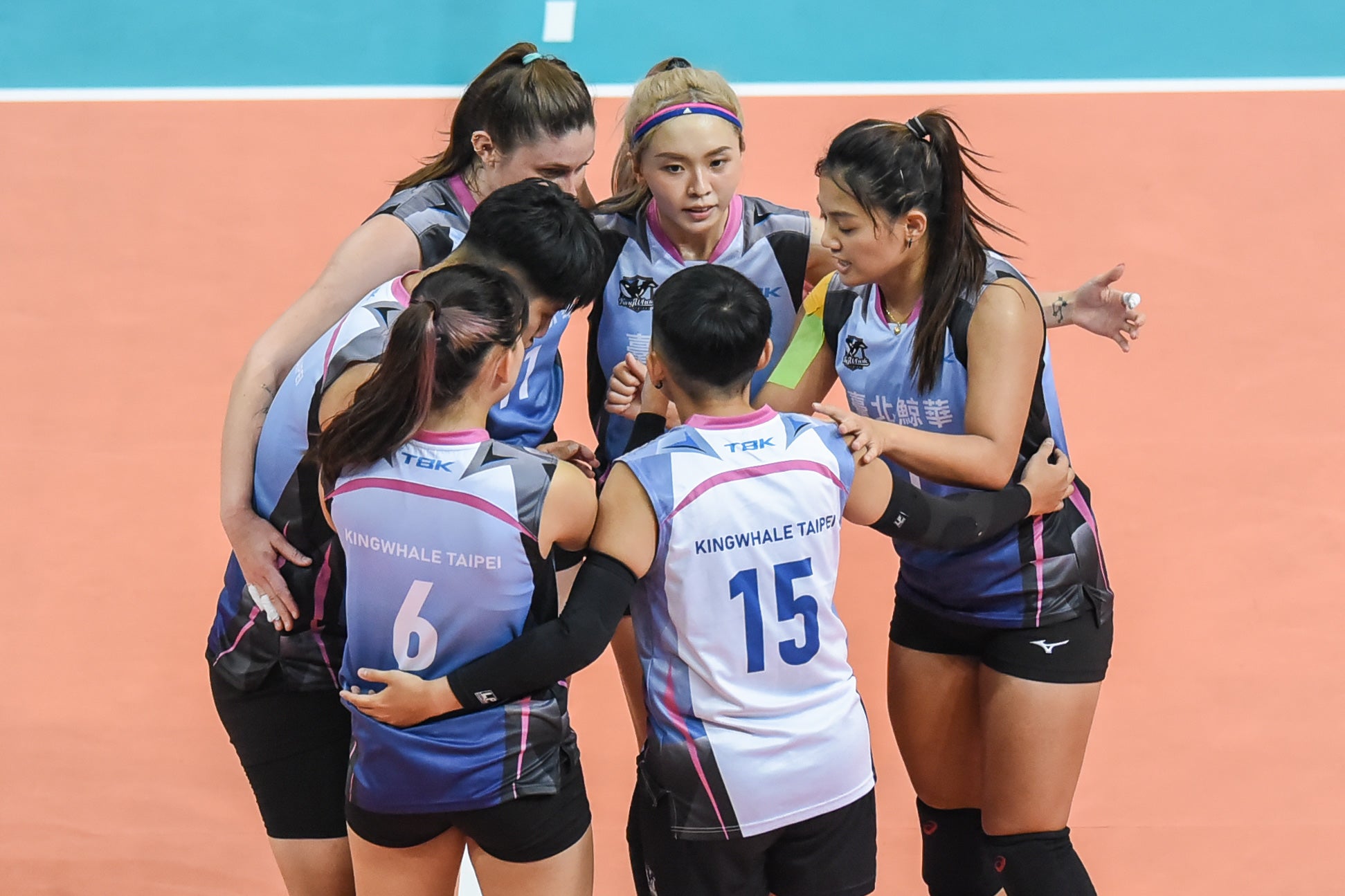 MANILA, Philippines — KingWhale fended off a hard-fighting Army Black Mamba, 26-24, 25-18, 26-24, for their first win in the Premier Volleyball League Invitational Conference semifinals on Monday at Mall of Asia Arena.

Brazilian import Beatriz Carvalho unloaded a game-high 14 points, nailing 13 of her 29 spike attempts to send the Lady Troopers out of podium contention with a winless semis campaign.

Carvalho came to the rescue for Taipei in the first set when Army took the set point, 23-24. Tsai Qin-Yao blocked Jovelyn Gonzaga and Chen Li-Jun nailed the set-clinching point to steal the opening frame that paced their strong showing in the second.

The Lady Troopers tried to force another set, building a 23-21 advantage in the third set and taking the set point, 24-23, behind Gonzaga’s attack off a broken play. But substitute Chang Chih-Hsuan delivered the timely hits to complete the sweep and register their first win in the PVL.

Taipei coach Teng Yen-Min was pleased after her squad, mixed with young and veteran players, was able to survive Army’s tough challenge in the first and last set.

“(I’m) happy, and they were fighting. The combination was a little different in Taiwan. I hope in the next game tomorrow against PLDT, we can be better than today,” said Teng shortly after their first win in the Philippines. “This is the first time that KingWhale mixed the young players and old players, in this tournament in the Philippines. They’re happy that the PVL invited KingWhale Taipei to go here.”

The KingWhale coach also enjoyed playing at MOA Arena, which they never experienced in Taiwan Enterprise League back home.

“It’s exciting, the first game. The Army team, we feel they’re strong. And a big venue, because in Taiwan, we never played in a big venue. So it’s the first time. So some of the players felt afraid. But, happy and it was exciting,” she added.

The Taiwan league second placer will face PLDT (2-1) on Tuesday at the venue. Four teams remain in the hunt for the Invitational championship as the top two squads with the best records clash in a winner-take-all game on Sunday.

Army finished the semifinal round with four losses. Gonzaga led the Lady Troopers with eight points and 14 digs.