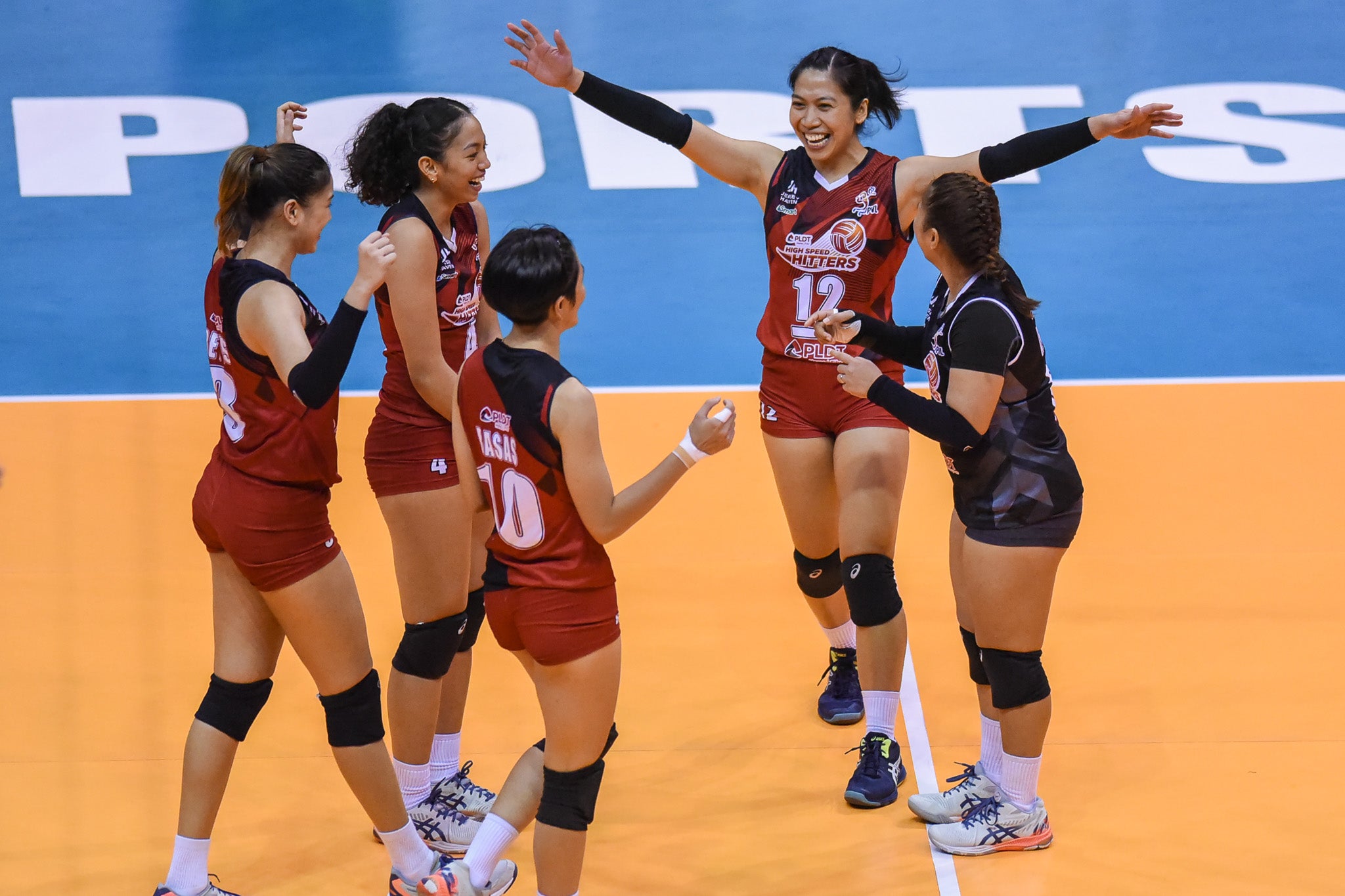 MANILA, Philippines—Premier Volleyball League president Ricky Palou bared that only PLDT has committed so far to represent the country in the Asian Volleyball Confederation Cup (AVC) Cup if it emerges as the best local team in the PVL Invitational Conference as Creamline and Cignal have yet to express their willingness to play.

The Philippine National Volleyball Federation (PNVF) released the 12 players from National University and its head coach Karl Dimaculangan on Sunday and decided to field the top Filipino club in the ongoing PVL midseason tournament instead.

Palou said that the PVL has already informed the three remaining local teams about the possibility of playing for the national team in the country’s hosting of the AVC Cup from August 21 to 29 at PhilSports Arena in Pasig City.

“Actually we’re still going to discuss this. We’re asking the teams if they’re willing. PLDT confirmed that they are willing.  So we’re waiting for a response from Rebisco (Creamline) and Cignal. I don’t see why they will not want to participate. It’s an honor for the players to represent the country. We’ll see what happens,” said Palou.

PLDT is currently second with a 2-1 record. Creamline leads the race with a 3-0 record and a win away from clinching a spot to the final, while Cignal holds a 1-2 card. KingWhale Taipei is also part of the semifinal round, winning their first game at the expense of also-ran Army Black Mamba, 26-24, 25-18, 26-24, on Monday.

The top two teams will clash in a winner-take-all final on Sunday at Mall of Asia Arena.

Palou, who is also PNVF’s board member and treasurer, said the best local PVL team can also add players like Jelaica Gajero and Trisha Genesis, who are the only remaining national team members after the Lady Bulldogs were let go.

“We’re currently discussing, whoever team will play in the AVC. They want to reinforce it with other players to strengthen their team. If there’s enough time for them to work together – I think there’s still one week – if it’s feasible,” he said.

Palou added that national team coach Jorge Souza de Brito will only be designated as team consultant of the PVL club representative as its head coach will still be the one to call the shots in the continental tournament.

“At this point in time, I think, they told me that Coach Jorge will work as a consultant because the coaching staff will still be the one to coach them. They cannot in one week’s time that he (Jorge) will still coach,” he said.

The Lady Bulldogs, who swept the 16-game UAAP Season 84, were supposed to spearhead the rebirth of the national team program in the AVC Cup. They were also tapped to replace Kobe Shinwa University, which pulled out due to COVID-19, in the PVL semis but begged off after players from NU were not allowed by their team manager to participate due to risk of injury.