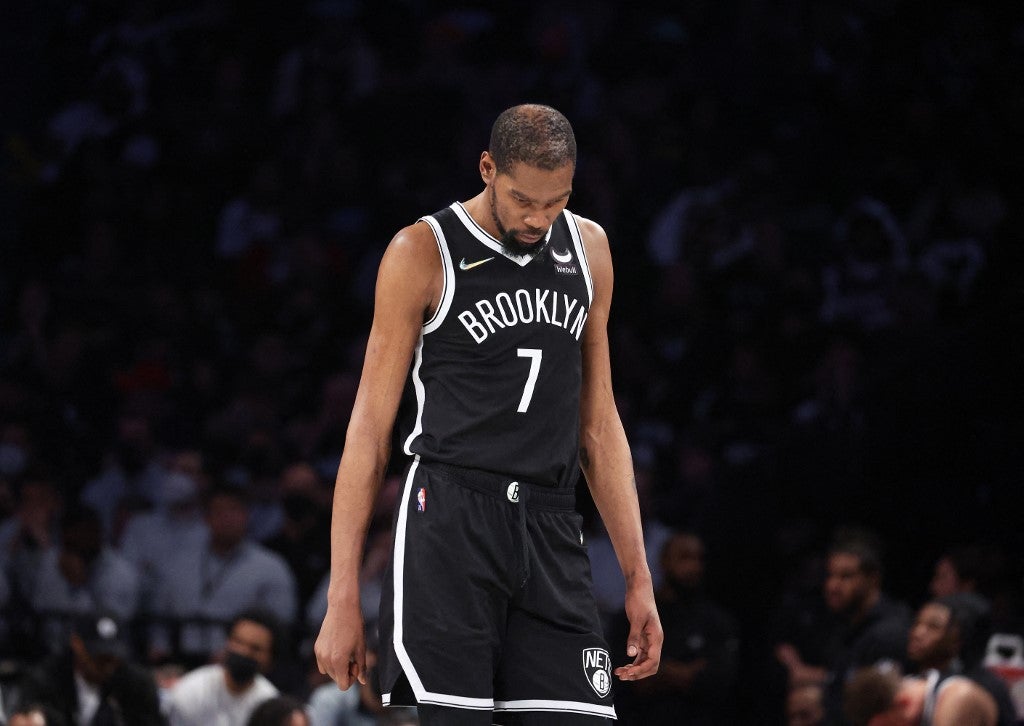 Kevin Durant #7 of the Brooklyn Nets looks on against the Boston Celtics during Game Three of the Eastern Conference First Round NBA Playoffs at Barclays Center on April 23, 2022 in New York City.  (Photo by AL BELLO / GETTY IMAGES NORTH AMERICA / Getty Images via AFP)

Megastar Kevin Durant issued an ultimatum to the Brooklyn Nets – choose between me or coach Steve Nash and general manager Sean Marks, The Athletic reported Monday.

It was well-documented that Durant requested a trade at the end of June. The reasons were unknown until now – Durant doesn’t believe in the direction of the club in the hands of Marks and Nash, per the report.

Durant and Nets owner Joe Tsai spoke Saturday in London, a conversation that was “transparent and professional,” per The Athletic.

Saturday was the one-year anniversary of Durant signing a four-year, $198 million extension with the Nets. He is slated to make $42.97 million for the 2022-23 season, per Spotrac, to kick off that extension.

The Toronto Raptors, Miami Heat and Boston Celtics are widely reported to be the most serious players in the Durant sweepstakes.

A two-time NBA Finals MVP and four-time scoring champion, Durant joined Brooklyn as a free agent in 2019 alongside Kyrie Irving. Durant averaged 29.9 points, 7.4 rebounds and 6.4 assists in 55 games this past season with the Nets, who traded fellow All-Star James Harden to the Philadelphia 76ers in a blockbuster deal involving Ben Simmons.

Irving, a seven-time All-Star, picked up his $36.5 million option, though the Nets are said to be willing to listen to trade offers.

The Nets were swept by the Celtics in the first round of the 2022 playoffs.