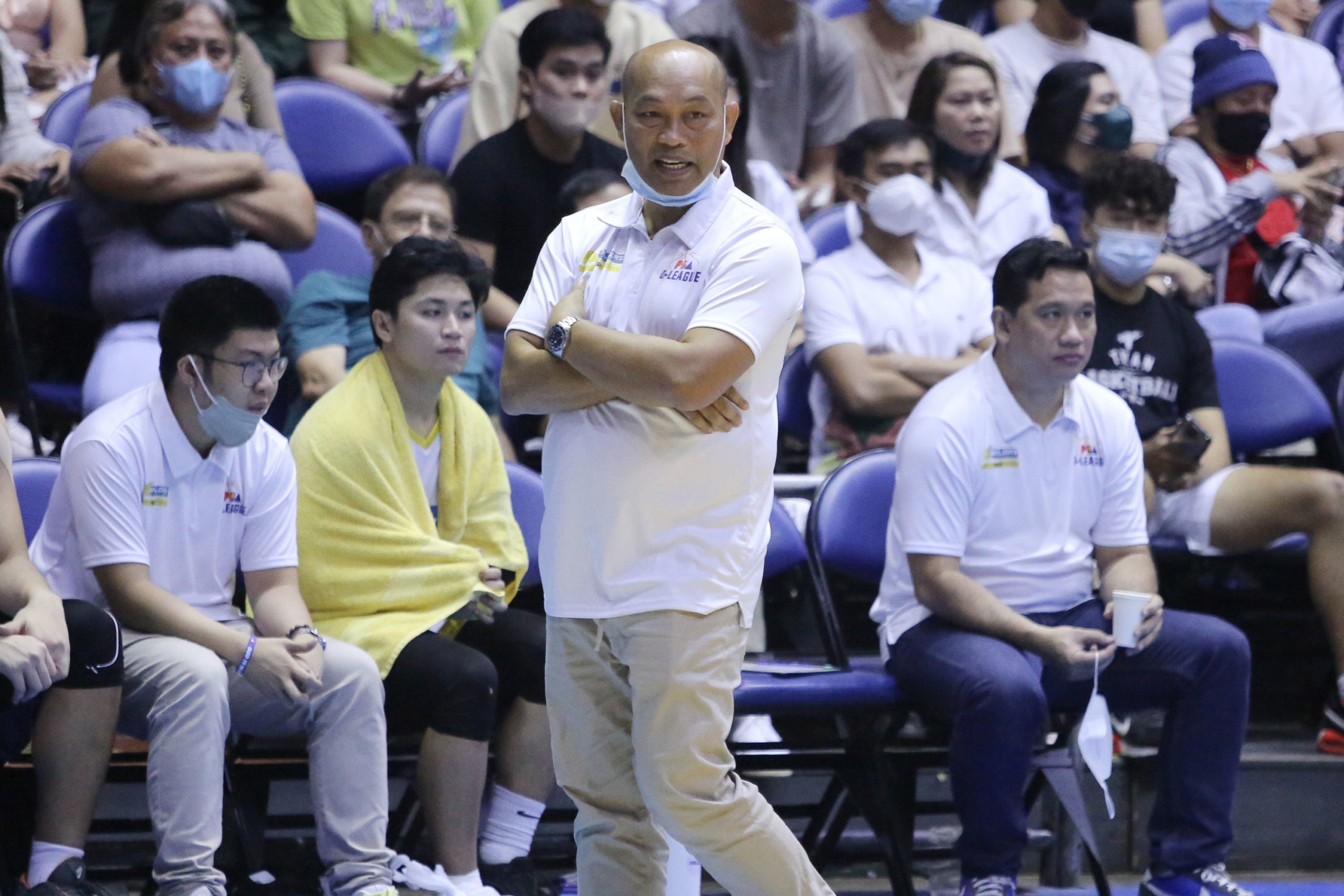 MANILA, Philippines–University of Santo Tomas now turns its full focus on the Filoil EcoOil Preseason Cup games after its exit from the PBA D-League Aspirants’ Cup on Wednesday.

After their 90-87 defeat against Adalem Construction-St. Clare in the quarterfinals, the Tigers’ coaching staff will get right back into training as they face the NCAA champions Letran Knights in less than 24 hours on Thursday.

“Everyone will be given a chance now as long as they give their best on the court. We’ll be giving equal opportunities now,” UST assistant coach Josh Cleopas said after the game.

In recent Filoil EcoOil games, University of Santo Tomas limited some players’ minutes on the court due to their fatigue from PBA D-League games the day before.

The same lapse of limiting players played factor in UST’s loss to San Sebastian, 100-96, in overtime on Tuesday in the Filoil tournament.

Tigers team captain Paul Manalang only played 12 minutes on Tuesday while Fil-Aussie Royce Mantua played 15 but they spent more time on the court on Wednesday in the PBA D-League.

Manalang, unfortunately, went down with a sprain in the third quarter, but the injury is nothing too serious, said Cleopas. He is, however, questionable for the next few games.

Acting head coach for the Growling Tigers Albert Alocillo aims to strengthen the team’s bench as they compete in more games in preparation for the upcoming UAAP Season.

“That’s our [participation’s] purpose, so our bench can boost their confidence… we aim to learn more [in Filoil]” said Alocillo, who is pinch-hitting for newly named UST coach Bal David.

In the Wednesday’s loss, UST only draw 11 from the bench compared to St. Clare’s 30.