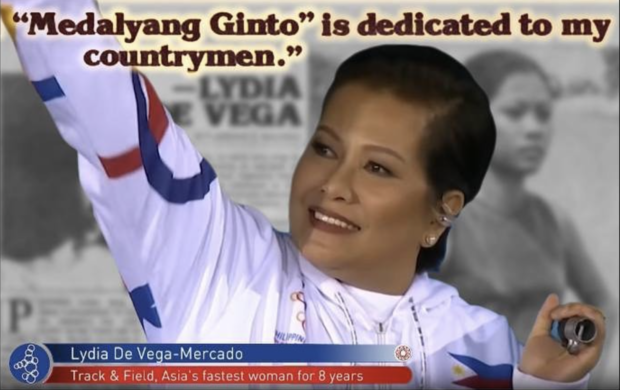 (It’s sad that Lydia fell ill. But she will always be remembered as a great Filipino athlete.)

(Thank you for the honor you gave to the country.)

“We mourn the passing of Lydia de Vega, a Filipino sports icon and once regarded as Asia’s fastest woman,” Tolentino grieved.

Robin Padilla and Senate Minority Leader Aquilino Pimentel III expressed gratitude to de Vega for being an inspiration to Filipinos.

(Because of her, the Philippines gained the respect and adulation of neighboring countries.)

(We should also thank her for inspiring us as an athlete and a Filipino.)

“Lydia, or Diay to her close friends, did not just give our country its shining moments as track and field superstar but she has inspired millions of Filipino athletes to work hard and train hard to achieve their dreams,” Pimentel stated.

Gatchalian posted: “I would like to honor the memory of Lydia De Vega as a role model to a younger generation of Filipino athletes, especially the young women who are bent on breaking both barriers and records to uplift our country’s spirit.”

“[A]s one of the most recognizable female athletes in the country, her brilliance encouraged many women and young girls to reach our full potential and continue her legacy— to win, to take space, and to keep coming back for more,” said the lady senator.

“Once the fastest woman in Asia, de Vega brought many honors to our country and inspired many of our young people to go into sports,” Go stated.

Senate Majority Leader Joel Villanueva, on the other hand, shared that de Vega was his hero when he was young.

“She was my childhood hero, and a fellow Bulakenyo. Prayers to her family and loved ones. Rest in peace Asia’s Sprint Queen,” he said.

“Lydia is truly a true Asian track and field legend — who has excellently personified the admirable traits of a Filipina — passionate, determined, disciplined, and stunningly graceful in all her endeavors,” said Revilla in his resolution.