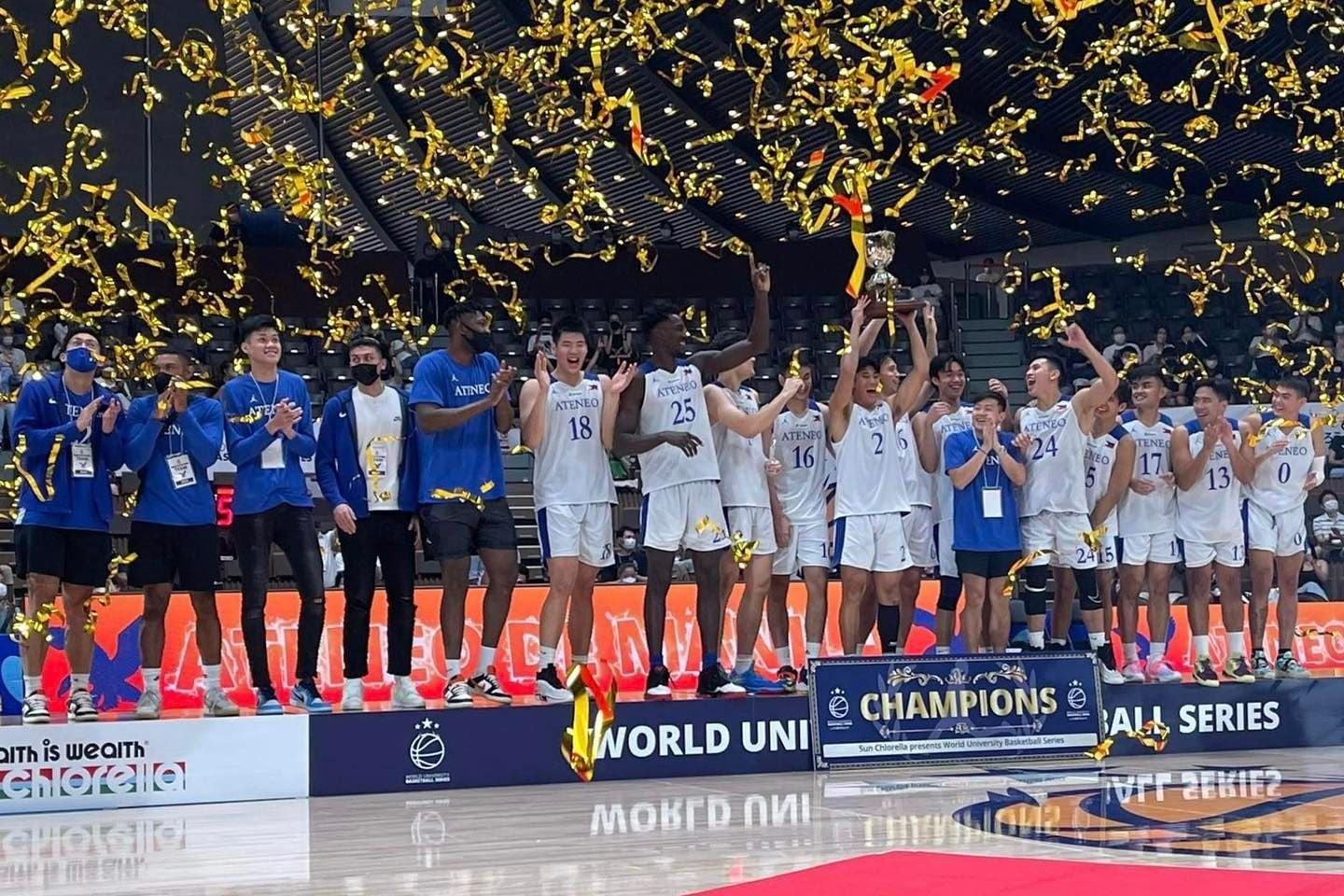 MANILA, Philippines–Ateneo was crowned the first champion of the World University Basketball Series (WUBS) after triumphing over Tokai University of Japan, 68-59, at Yoyogi National Stadium Second Gymnasium in Tokyo, Japan on Thursday.

After holding on to a 43-41 lead at the end of third, the Blue Eagles did enough to overcome their Japanese foes and sweep the four-team pocket tournament which serves as part of their preparation for the upcoming UAAP season.

The Blue Eagles also outrebounded the Seagulls, 40-31 and passed the ball more effectively with 16 assists.

Dave Ildefonso led the team’s crowning win with 14 points and six rebounds. Josh Lazaro, Forth Padrigao, BJ Andrade and Paul Garcia also combined for 32 markers with eight for each.

They crushed  Universitas Pelita Harapan of Indonesia by 86 points to open the competition followed up by a come-from-behind win over National Chengchi University of Chinese Taipei.