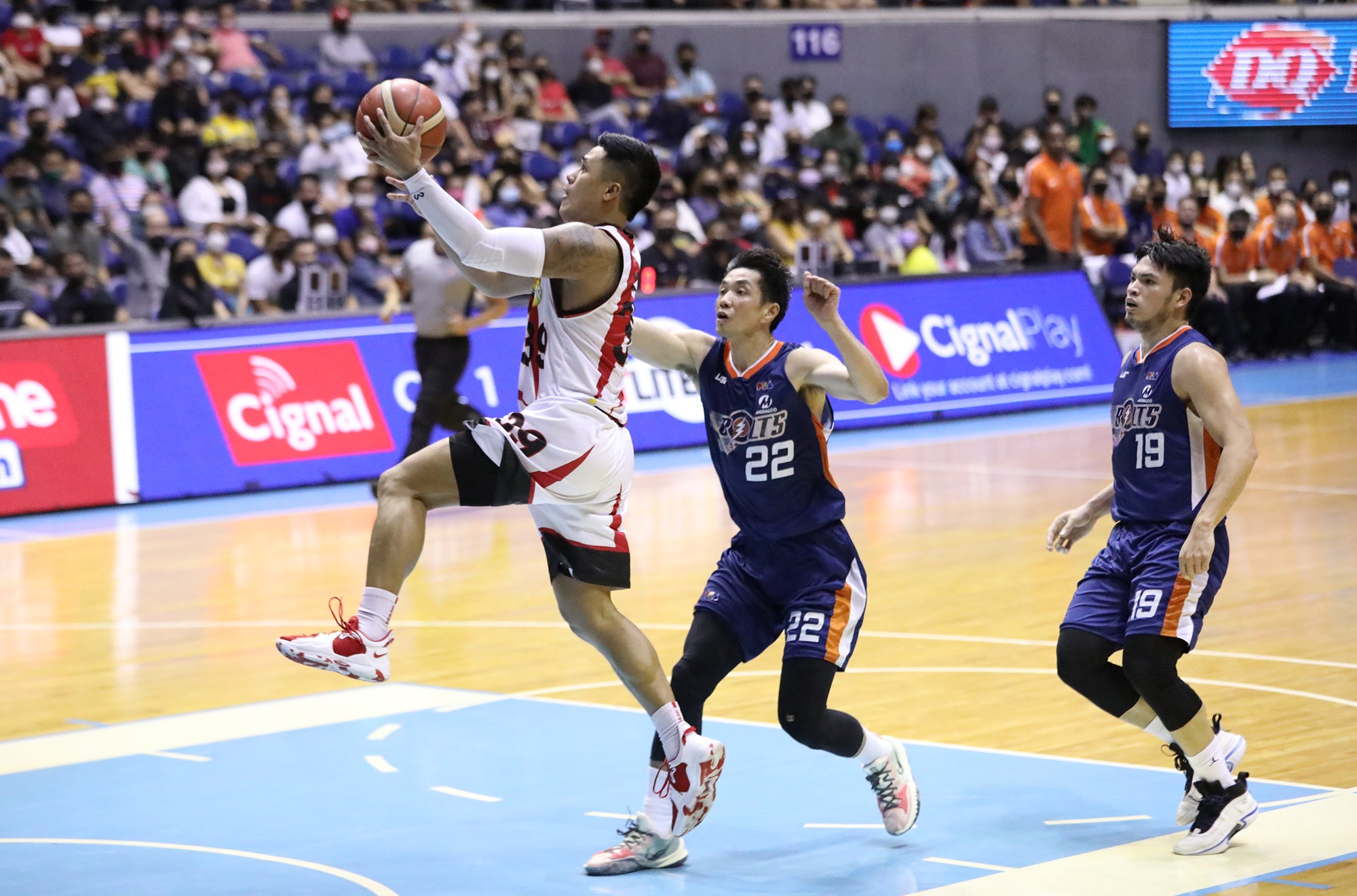 MANILA, Philippines–San Miguel Beer inched closer to its first PBA Philippine Cup Finals appearance since its five-peat run after scuttling a late Meralco comeback for an 89-78 win and a 3-2 lead in their semifinal series on Friday at Smart Araneta Coliseum.

The Beermen almost squandered a lead that went as high as 15 when the Bolts pull within two points, 78-76, on Allein Maliksi’s three with barely three minutes left in the contest.

But SMB took advantage of Meralco’s foul situation, with Jericho Cruz and Rodney Brondial hitting four of six from the charity stripe that prevented any late collapse.

Cruz was instrumental in the win, his play on both ends enabled the Beermen to take the lead for good after the Bolts went into the break up 44-41.

He finished with 17 points for his best game of the series, an all-important production that put San Miguel in a position to close things out on Sunday at the Big Dome.

CJ Perez had 25 points to topscore for the Beermen and added nine rebounds and five assists.

Chris Newsome’s 24 points and Maliksi’s 12, including three rainbow shots in the second period, couldn’t give Meralco the series lead and will have to win twice to reach the title round.

Contributing heavily to the loss was the Bolts’ 18 turnovers, some of which were committed in the fourth when they were attempting to make a run.