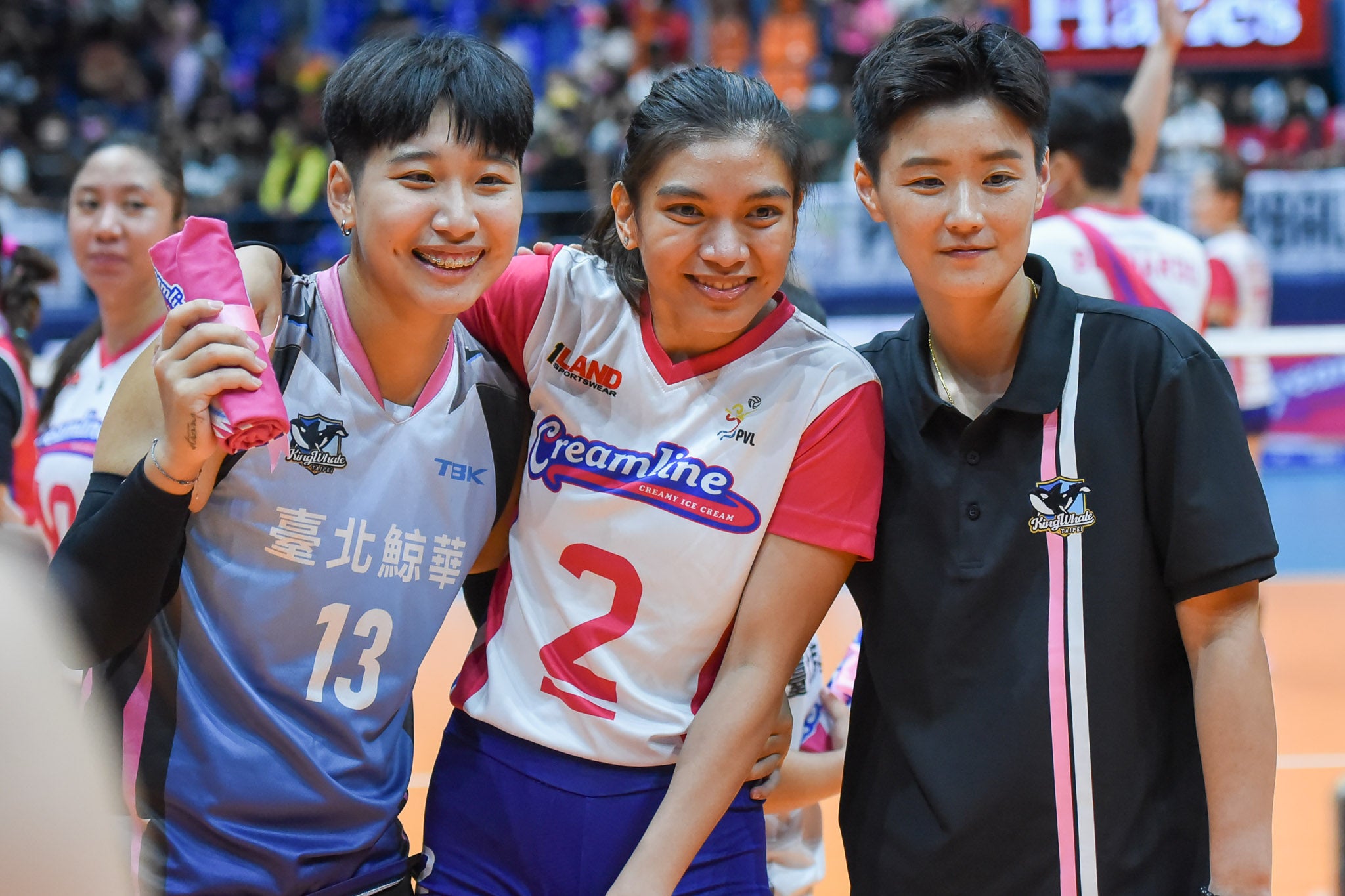 The KingWhale coach, who called the shots for Valdez and Attack Line in the Taiwan league last 2017, said she warned her players about how talented the three-time PVL MVP is.

With Creamline missing Jema Galanza and Jeanette Panaga, Valdez was leading the way with 11 points for her squad in their close third-set encounter.

However, she sustained a left ankle injury after landing on Bea Carvalho’s feet off a block attempt that forced her out of the match and turned her into a cheerleader for the remainder of the game.

Valdez didn’t finish her match against her former head coach. But the two will have another game for the PVL championship on Sunday at Mall of Asia Arena.

The Philippine women’s volleyball team star assured everyone while leaving the arena that she’s “okay.”

WATCH: Alyssa Valdez hurt her left ankle. She is now being treated by the league and team’s medical team. #PVL | via Lance Agcaoili, Inquirer Sports

Michele Gumabao, who stepped up with 11 points, said she believes that her teammate is a fighter and will play in the final game.

“Alyssa is not only our team captain, she’s also the glue to our team. Her injury is not too bad and she said she’s ok. She can still walk,” Gumabao said. “We’re just really praying that it will be better tomorrow. We’re looking forward for her to play this Sunday and hopefully, it’s nothing serious.”

“But knowing Alyssa, she will still pray whatever pain she’s going through,” she added.