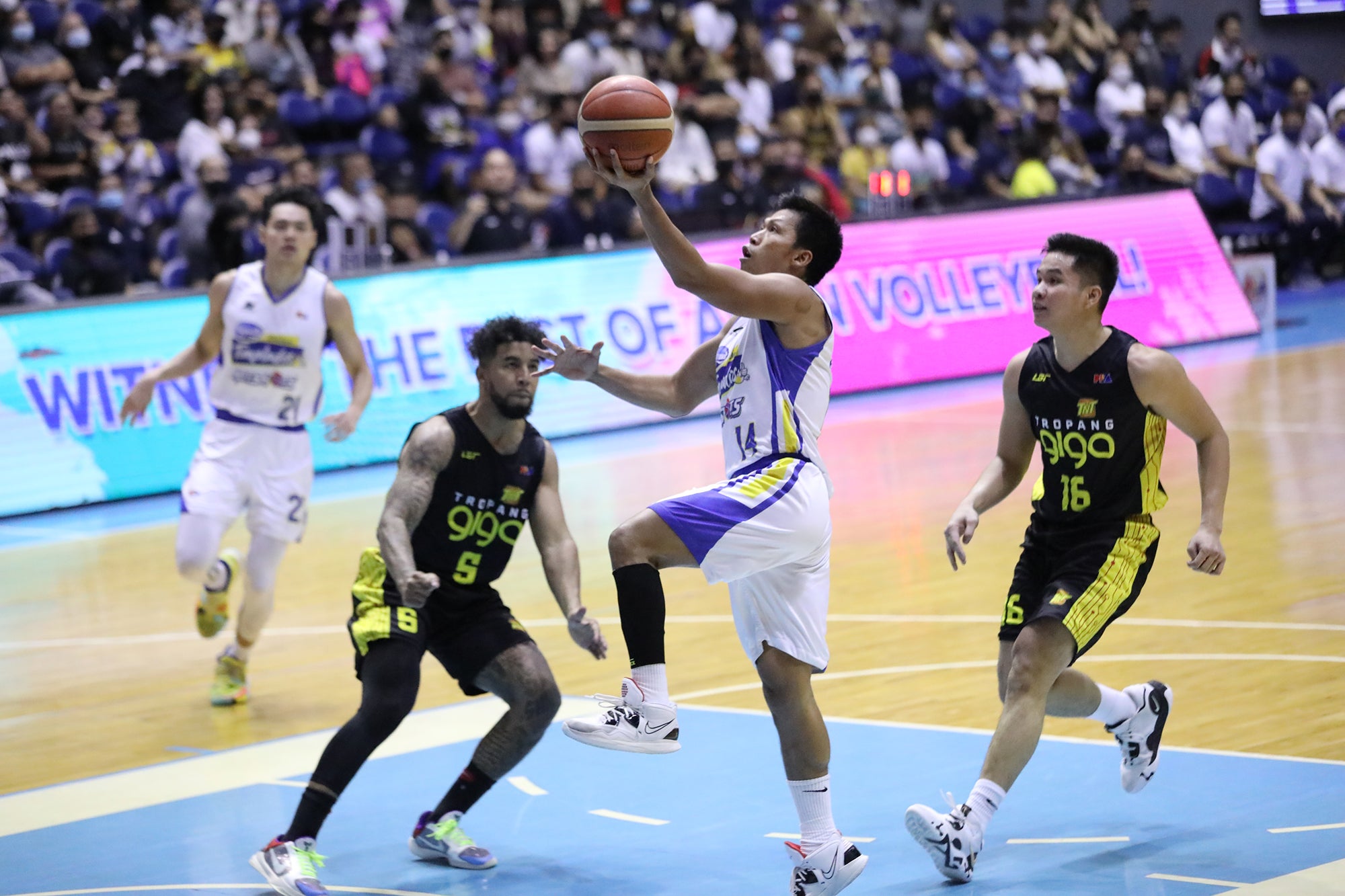 O n the brink of elimination, Mark Barroca played the dual role of igniter and stabilizer and extended Magnolia’s PBA Philippine Cup campaign for at least another game.

Barroca kept the Hotshots breathing and foiled the TNT Tropang Giga’s first crack at closing out their semifinal series after a 105-97 win on Friday at Smart Araneta Coliseum.

TNT’s lead in the best-of-seven affair was reduced to 3-2 after Barroca unloaded 16 of his 25 points in the first half, then kept the Hotshots sailing amid repeated attempts by the Tropang Giga to muster a comeback from a twin-digit margin.

Paul Lee and Calvin Abueva, who had their share of struggles in the series, and Ian Sangalang also came through as Magnolia extended the semifinal duel to a sixth game.

“It was important for us to have the momentum right from the start, especially being down 1-3,” Barroca said in Filipino. “It started with myself, then everyone followed suit so credit to everyone for stepping up.”

The Hotshots completed the first task in their quest to hurdle a deficit only three teams in league history have overcome.

Still, coach Chito Victolero said nothing much has changed since TNT, which pulled within three several times in the fourth quarter before falling short, remains in control of the driver seat.Game 6 is set on Sunday night at the Big Dome.

“We lived [to fight] another day and there’s no reason for us to celebrate because we’re still down in the series,” the Hotshots mentor said.

Jayson Castro’s 18 points were not enough to send the defending champions back to the Finals of the league’s most important tournament.

Castro took on the responsibility of being TNT’s No. 1 option with Mikey Williams once again neutralized to a 5-of-16 clip for 13 points while turning the ball over four times.

“At least we were able to stop Mikey,” Barroca said. “But we can’t allow him and Jayson, even [Roger] Pogoy, to heat up. As long as we can limit one of those players, we have a chance to win.”

Barroca woke Magnolia up from a slow start—a 13-7 deficit—hauling the Hotshots to a 59-45 lead at the half.

He then shifted to role of fireman, helping Magnolia hose down several TNT rallies.

Despite Williams’ struggles, TNT knocked on Magnolia’s door in the fourth, trimming the gap to only three on five occasions, the last at 95-92 on Glenn Khobuntin’s corner three with four minutes to go.

But Barroca came up with a key jumper that began the Hotshots breakaway. Lee, who had 16 points, hit six in a row and the lead grew to 103-94 before the two-minute mark.

Later in the evening, San Miguel Beer inched closer to a Finals berth after scuttling a late Meralco comeback for an 89-78 win and a 3-2 lead in their half of the semifinals.