Creamline, KingWhale battle for all the marbles | Inquirer Sports

Creamline, KingWhale battle for all the marbles 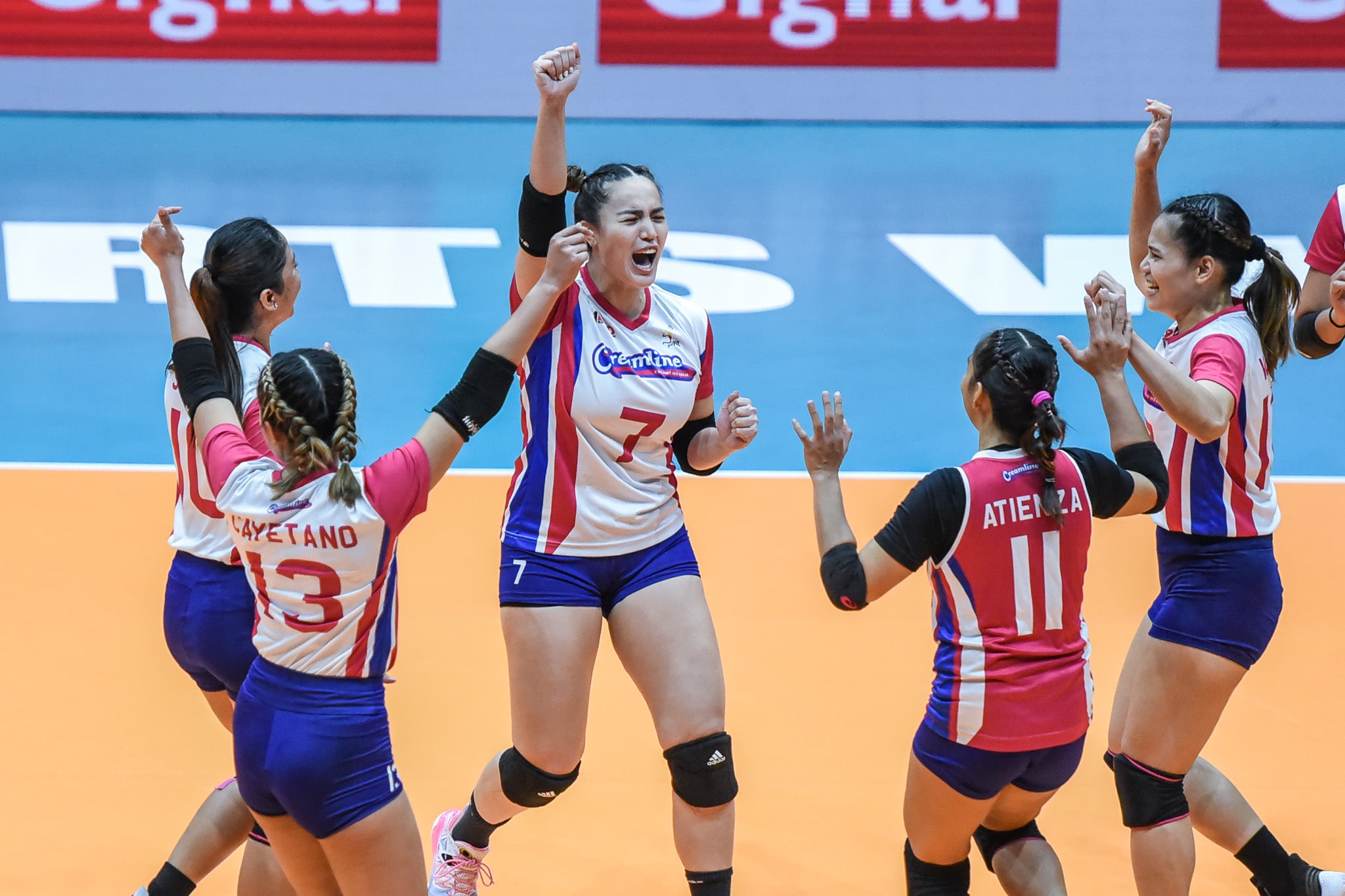 The glamorous Creamline Cool Smashers, a squad with so much championship experience, tries to protect their home turf, so to speak, when they clash with KingWhale of Taiwan for the Premier Volleyball League’s Invitational Conference title at Mall of Asia Arena in Pasay.

Having made title series appearances in six of the last conferences and winning four of them, the Cool Smashers, despite losing their only clash with the Taiwanese in the elimination round, are tipped as the favorites in the 5:30 p.m. winner-take-all match.

“We were incomplete because we had also a couple of players who weren’t able to practice this week coming off a bit of setback physically,” said Michelle Gumabao, a member of Creamline’s second unit which gave the Taiwanese hell in a five-set loss on Friday. “But we’re really confident against them.”

“Hopefully, our first six will be in their best shape and ready to play.”

Coach Sherwin Meneses gave his bench the chance to shine in that only elimination round meeting, having clinched a title game slot ahead of everyone else.

“As we all saw, when coach gave an opportunity to us, the second six, we showed that we can play at a high level,” Gumabao said. “This coming Sunday, whoever will be given playing time, everybody is ready and confident.”

Brazilian import Bea de Carvalho will lead the Taiwanese, who had the chance to play their second unit against Cignal at press time.

KingWhale is aware that they didn’t play a Creamline squad at full strength on Friday as Jema Galanza returns and Alyssa Valdez expected to be fully recovered from a minor sprain that took her out of the third set.

Tots Carlos, the explosive, high-scoring machine, will be the main offensive weapon for Meneses.

“We’re excited, but Creamline is good, and all its players are smart,” said KWT coach Teng Yen-Min.