Gilas gets solid core with Clarkson, Sotto planing in 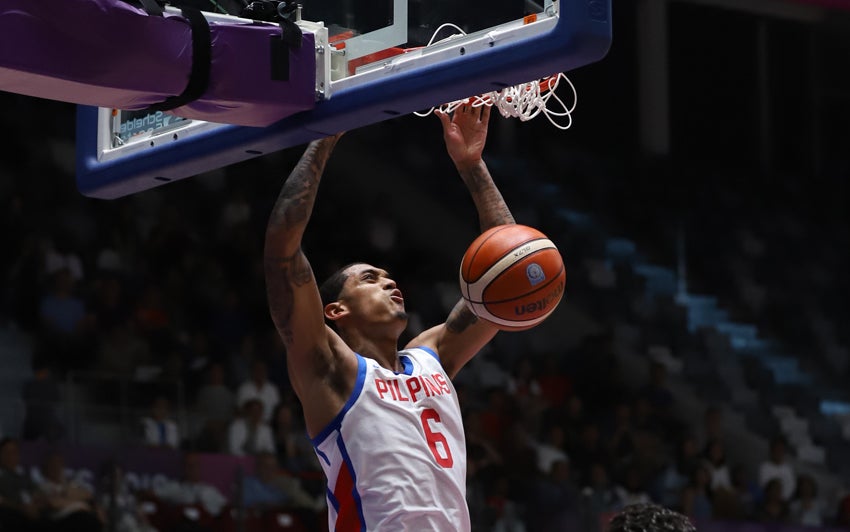 Gilas Pilipinas’ cornerstone will finally be on home soil in five days and will be on full display for this cage-crazed nation to see on Aug, 29.

Jordan Clarkson, once the NBA’s top Sixth Man, will be planing in on Friday to join Gilas in the fourth window of the Fiba World Cup Asian Qualifiers where the Filipinos play Lebanon in Beirut and then Saudi Arabia in Manila.

A day before Clarkson arrives, the 7-foot-3 Kai Sotto will jet in from Australia as coach Chot Reyes will definitely have a much stronger roster that aims to get back at the Lebanese and ease the pain of a Southeast Asian Games (SEAG) heartbreak suffered last May in Hanoi, Vietnam.

Sonny Barrios, the Samahang Basketbol ng Pilipinas executive director who is now also the agency’s spokesperson, confirmed the arrivals of Sotto and Clarkson who are both expected to make the final lineup for the World Cup next year.

Provided, of course, that Sotto meets a requirement set by the SBP in so far as being with the team is concerned.

Clarkson and Sotto are set to banner a squad that will feature a healthy mix of collegiate standouts, overseas campaigners and talent from the Philippine Basketball Association. Gilas plays Lebanon on August 25, looking to completely avenge a 95-80 loss with Clarkson and Sotto in tow.

The Nationals then host Saudi Arabia at Mall of Asia in Pasay City four days later in a contest that also marks Clarkson’s first-ever game on home soil.

The 12-man roster should provide a glimpse of who will be tapped for the World Cup.

The SBP said last week that it intends to utilize the two games of the upcoming window as a means for Clarkson to get a feel of the cast that will be built around him.

The crafty and athletic guard is set to fill a specialized spot, hence the need for big men like Sotto.

It remains to be seen whether Reyes will be calling the shots for this pilot cast, as his TNT Tropang Giga are still neck-deep in their title defense of the PBA Philippine Cup.

Reyes has been tightlipped on his plans for the national squad, citing his duties with the Tropang Giga.