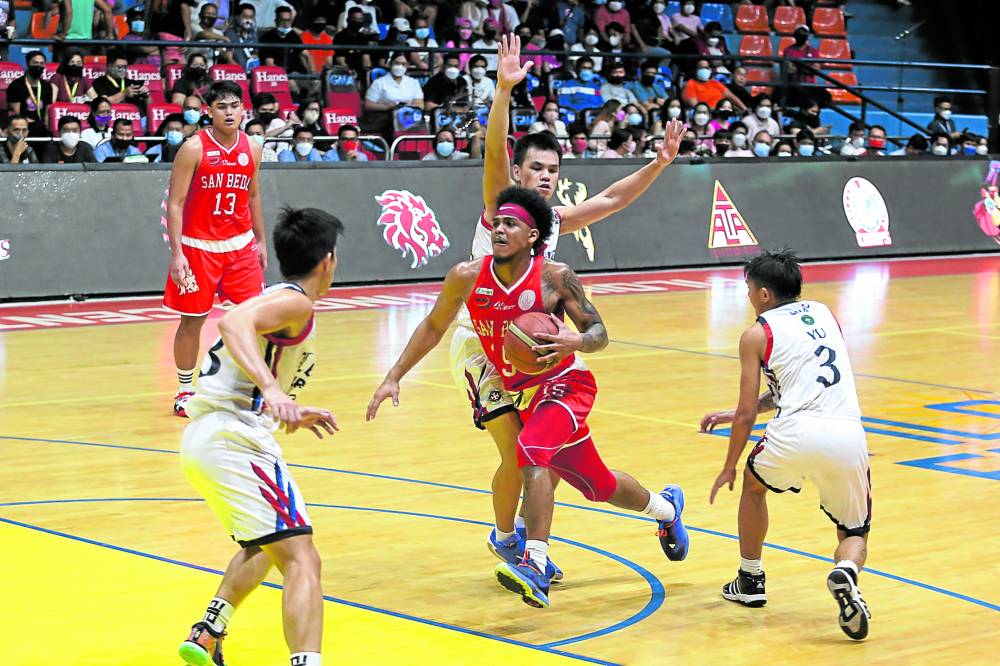 MANILA, Philippines—San Beda University chalked up its first win in convincing fashion at the expense of NCAA rival Letran, 102-77, in the Filoil EcoOil Preseason Cup at San Juan Arena on Sunday.

The victory marked the Red Lions’ first over the Knights since Game 2 of the NCAA Finals in 2019.

“Winning against a rival is really big for us especially our school, San Beda. It’s good for what we’re trying to build. It gives us confidence and belief that whatever we’re doing will work,” said San Beda head coach Yuri Escueta after his team improved to 1-3 and dealt Letran its second loss in four games.

San Beda pounced on Letran’s early penalty situation in the pivotal second quarter where the Knights committed 13 fouls that led to 13 made free throws for the Lions allowing them to take a 55-37 halftime lead.

Fran Yu, who returned after playing for Letran in the PBA D-League, led all scorers with 21 points while Louie Sangalang tallied 16 points and six rebounds.