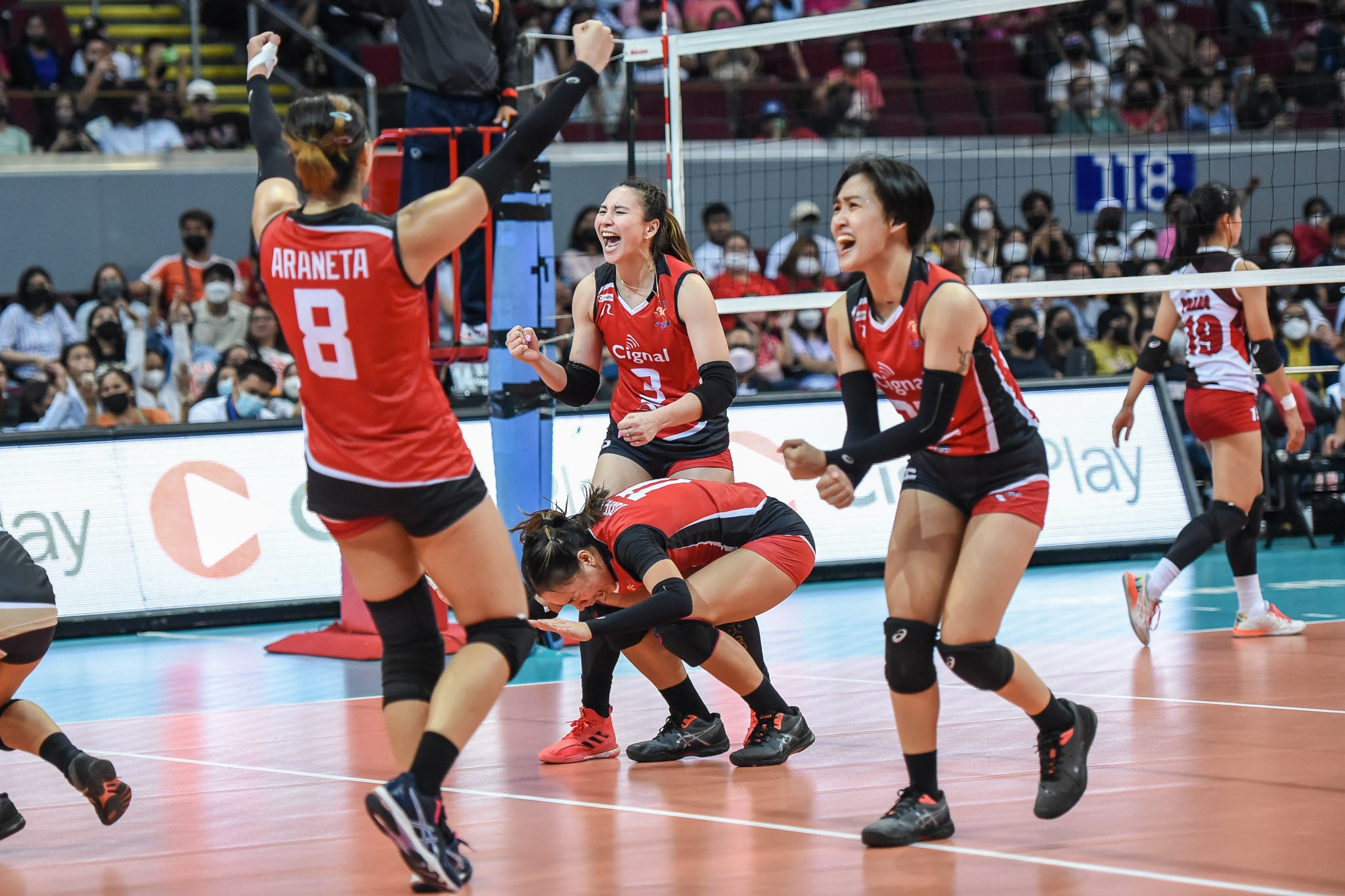 The HD Spikers, who missed starters Ces Molina and Ria Meneses for the second straight game due to health and safety protocols, crawled their way back from two sets down and a 4-13 deficit in the third set to force a decider and prevail after two hours and 29 minutes.

Gel Cayuna fired three aces to give Cignal a blazing 6-0 start in the fifth. Jackie Acuna joined the ace party and also nailed the timely hits to stretch their lead to 12-3, never looking back to claim their second straight bronze medal in the PVL.

Rachel Anne Daquis delivered the game-winning spike to complete their dramatic comeback and finished with 16 points off 13 attacks, two blocks, and an ace on top of 14 digs.

“We really started slow and we were really down and felt that the game was over. I’m so proud of my team, they really exerted effort and push themselves until the end.”

Cayuna dished out 20 excellent sets and had seven points including four aces.

Rose Doria provided nine of the team’s 15 blocks to finish with 14 points, while Jerrili Malabanan had 13 points and seven excellent receptions.

“We’re taking this back-to-back bronze medal finish in a positive way. It still has a good impact on our team. It’s a good sign that we can go to places with a good foundation we built. We won’t stop and we will keep on plugging in the holes of our team,” Delos Santos said.

PLDT gave up 34 errors in the game. Mika Reyes led her team with 19 points built on 11 spikes, six blocks, and two aces.

Dell Palomata chipped in 17 points. Erika Santos had 14 markers while Toni Rose Basas and Jules Samonte had 12 and 11, respectively.