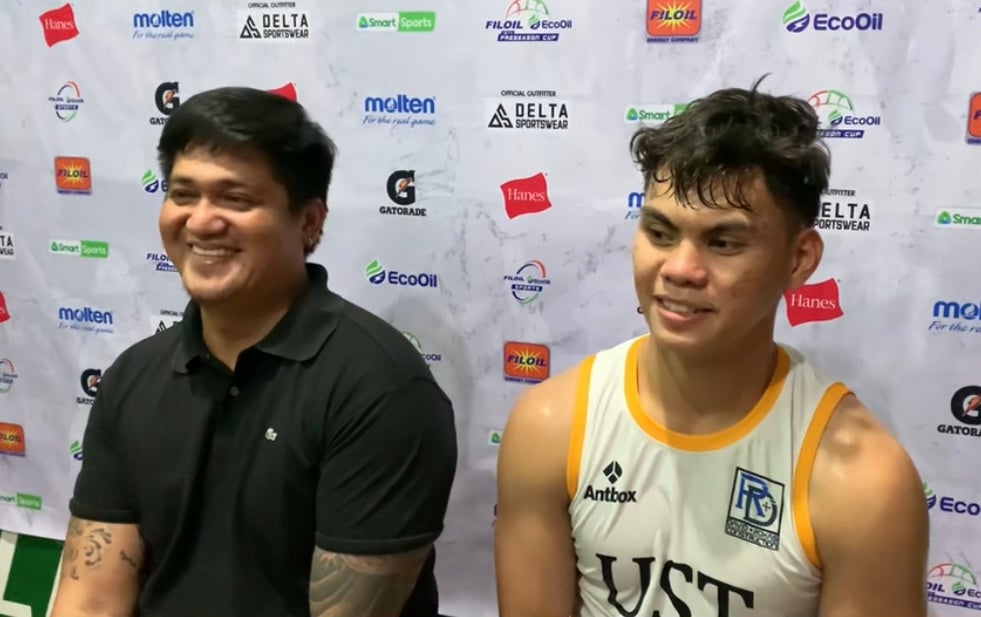 MANILA, Philippines—University of Santo Tomas banked on Nic Cabañero’s heroics to squeak past San Beda after two overtimes, 96-91, in Group B of the Filoil EcoOil Preseason Cup at San Juan Arena on Monday.

Cabañero, who missed the potential game-winning triple in regulation, atoned by scoring seven of the Tigers’ 18 points in the two overtimes.

“I’m thankful for our coaches because we believed in their system, but I want to really win against this team because San Beda was my former team when I was in high school,” Cabañero, a former San Beda Red Cub, said after UST improved to 2-4 in Group B.

“Heading forward after this game, we want to work on our chemistry and we really have not trained altogether completely yet. Our last practice was last Saturday and that was our first practice,” said Ronald Magtulis, who is temporarily calling the shots for UST until head coach Bal David returns from the United States.

Cabañero finished with a game-high 26 points while Kean Baclaan also came up big with a near triple-double of 22 points, nine rebounds and nine assists.

With the Tigers down, 83-80, late in the first overtime, Baclaan hit a clutch triple to force five more minutes of play.

Bahio posted a double-double with 21 points and 11 rebounds while James Kwekuteye and Justine Sanchez finished with 14 apiece for the Red Lions (1-4).