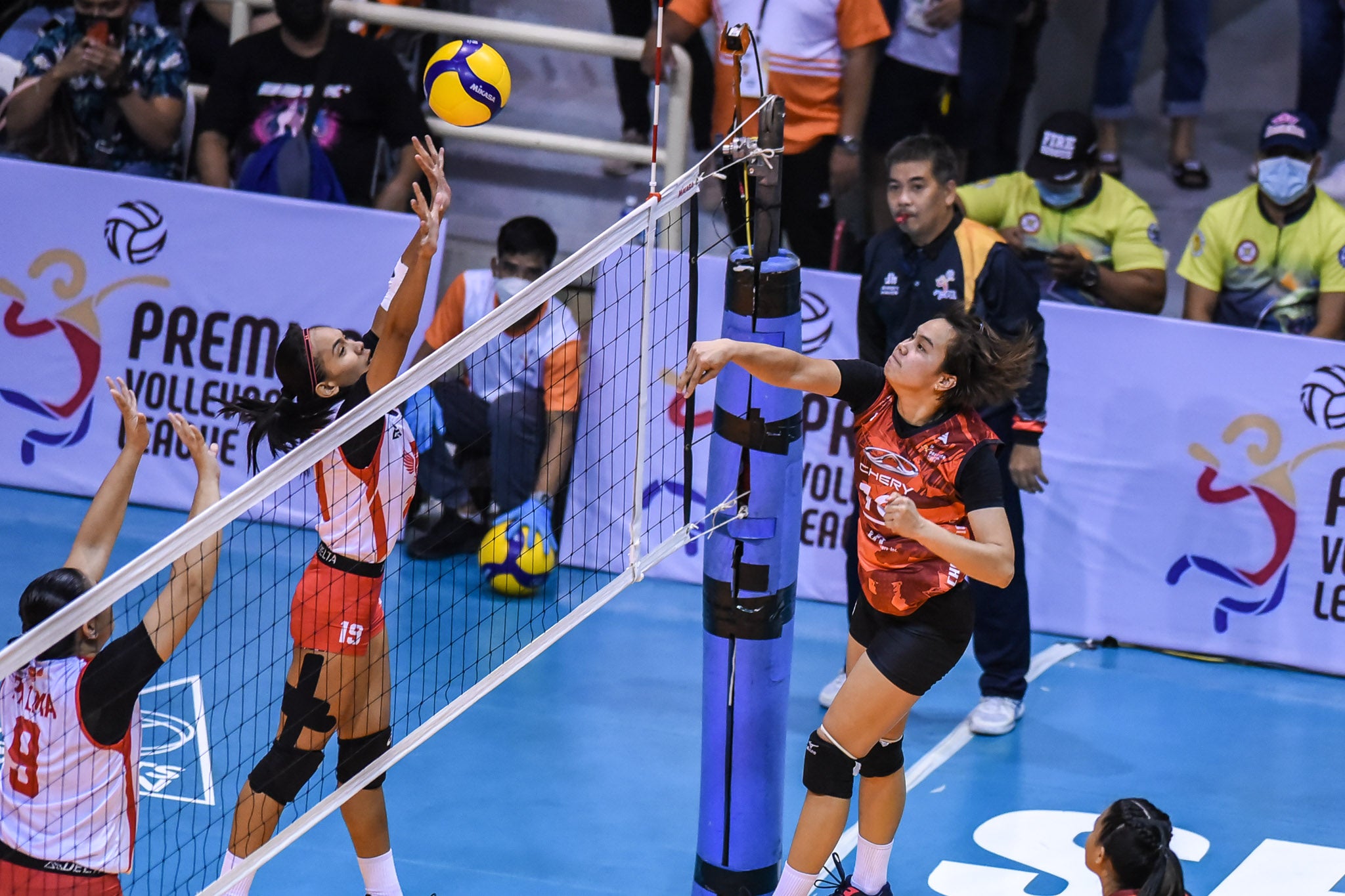 MANILA, Philippines—Chery Tiggo has let go of Maika Ortiz and six other players ahead of the Premier Volleyball League Reinforced Conference in October.

“In every spike, every set, every dig, you’ve been there, Crossovers. Your Chery Tiggo Crossovers family thanks you from the bottom of our hearts. Our memories together are forever cherished,” Chery Tiggo wrote in a post. “Good luck in your future endeavors! We’re rooting for you!”

The Crossovers on Tuesday also released a statement, announcing that they will undergo a major rebuild from coaches and players to staff and management.

“This is a required course of action in strengthening the overall team composition, enhancing the chemistry among the coaches, players, and staff; and developing new techniques and strategies in winning that championship again,” the statement read.

Among the seven players parting ways with the team, Ortiz is the longest-tenured player, having been with the team in 2016 and playing instrumental in Chery Tiggo’s first PVL championship in the 2021 Open Conference in Ilocos Norte.

Chery Tiggo head coach Clarence Esteban echoed the team’s decision to let go of some of their players, revealing that they already recruited newcomers, mostly from the collegiate, but he refused to name the said incoming rookies in the Reinforced Conference.

“We are rebuilding the team, which we think will be good for us to rise to the top once again,” said Esteban in Filipino during Shakey’s Super League launch on Tuesday. “We will not remove players if we don’t have replacements. It will be a bit challenging for us because most of them are from the collegiate level.”

Since winning the first pro volleyball title in the country, Chery Tiggo placed 8th in back-to-back conferences with a quarterfinals exit in the Open and missing the semifinal round in the recently-concluded Invitational Conference.

Esteban said they are still searching for an import, specifically a wing spiker, for the Reinforced Conference.