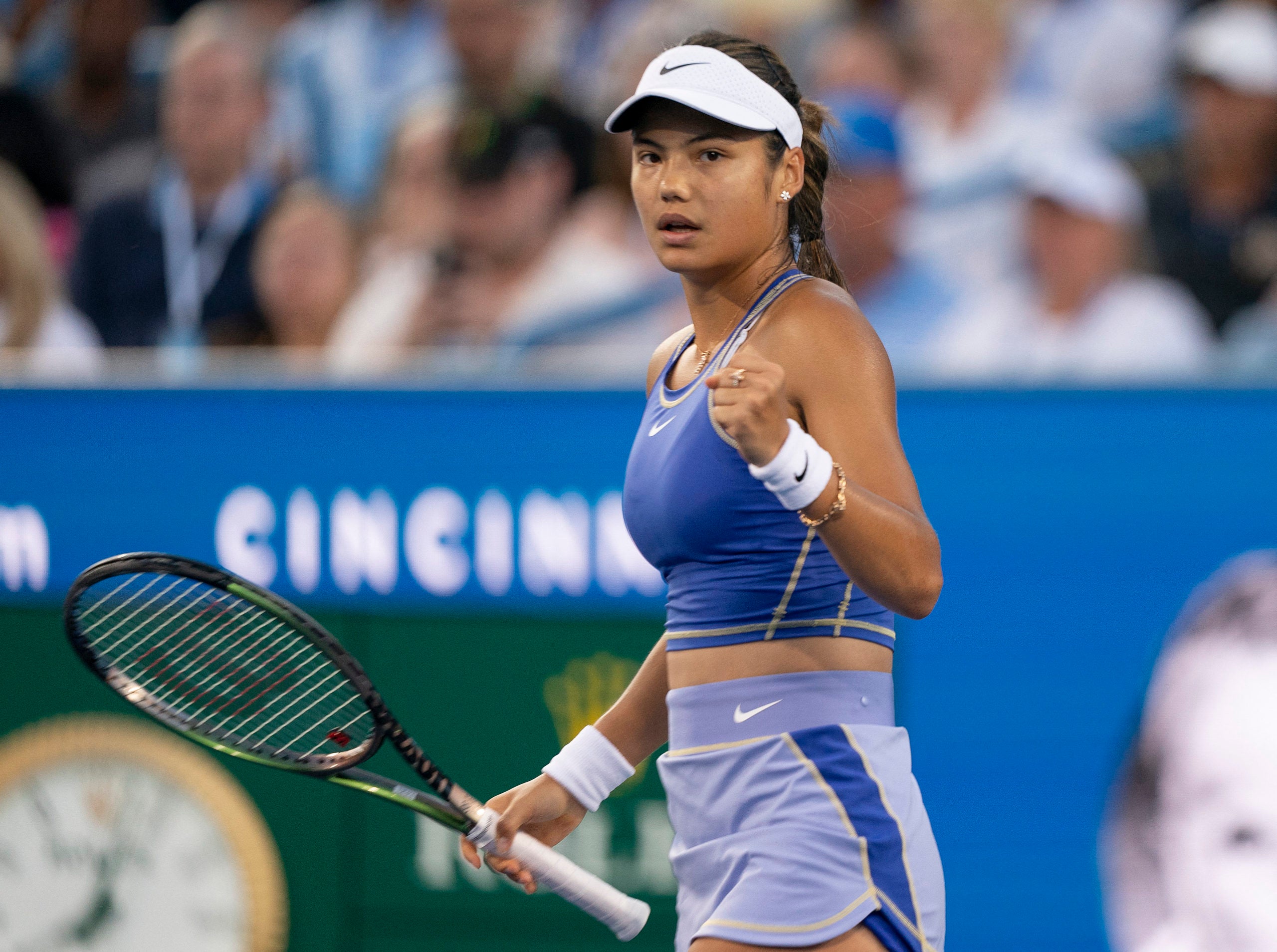 Emma Raducanu (GBR) reacts to a point in her match against Serena Williams (USA) at the Western & Southern Open at the at the Lindner Family Tennis Center. Mandatory Credit: Susan Mullane-USA TODAY Sports

Emma Raducanu will head into her U.S. Open title defense in just over a week relieved that she is swinging freely again and playing the same brand of attacking tennis that took her to a maiden Grand Slam title last year.

The 19-year-old put in ruthless performances at the Cincinnati Open to beat former major winners Serena Williams and Victoria Azarenka before exiting the tournament with a loss to world number eight Jessica Pegula.

“This week was a great step for me,” she told reporters on Thursday. “In the past year it’s probably like the first tournament or like one of the few tournaments that I have actually, like started going for my shots more.

“This week I kind of just was like, ‘look, I’m just going to try, I don’t care if I make errors, like it’s fine, but I’m just going to like overhit if anything’. I’m pretty proud of how I did this week, and I think it’s a great step to move forward.”

Britain’s Raducanu was a 150th-ranked qualifier when she went on to lift the U.S. Open title last year without dropping a set. She has not won a tournament since.

Raducanu, who reached a career-high ranking of 10th last month, said she was tired of just trying to play defensively and realized that she would not succeed at the top level by just pushing the ball around.

“It is definitely like relieving, because I feel like I’m swinging with the same sort of freedom as I probably had, like, more similar to last year,” added Raducanu.

“So it feels really good. I think that I can really take it as a positive week, and I actually feel like I’m heading in a good direction again.”

Read Next
NFL: Browns’ Deshaun Watson to serve 11-game suspension
EDITORS' PICK
Hidilyn Diaz wins only gold missing from her collection
Shop smarter with vivo’s big 12.12 holiday deals
The vivo Y02 is now available in the Philippines for only PHP 5,299
How not to retire as an ex-president
House energy committee chair Arroyo bats for cheap electricity
Lawmakers eyeing more changes in Maharlika plan
MOST READ
Don't miss out on the latest news and information.