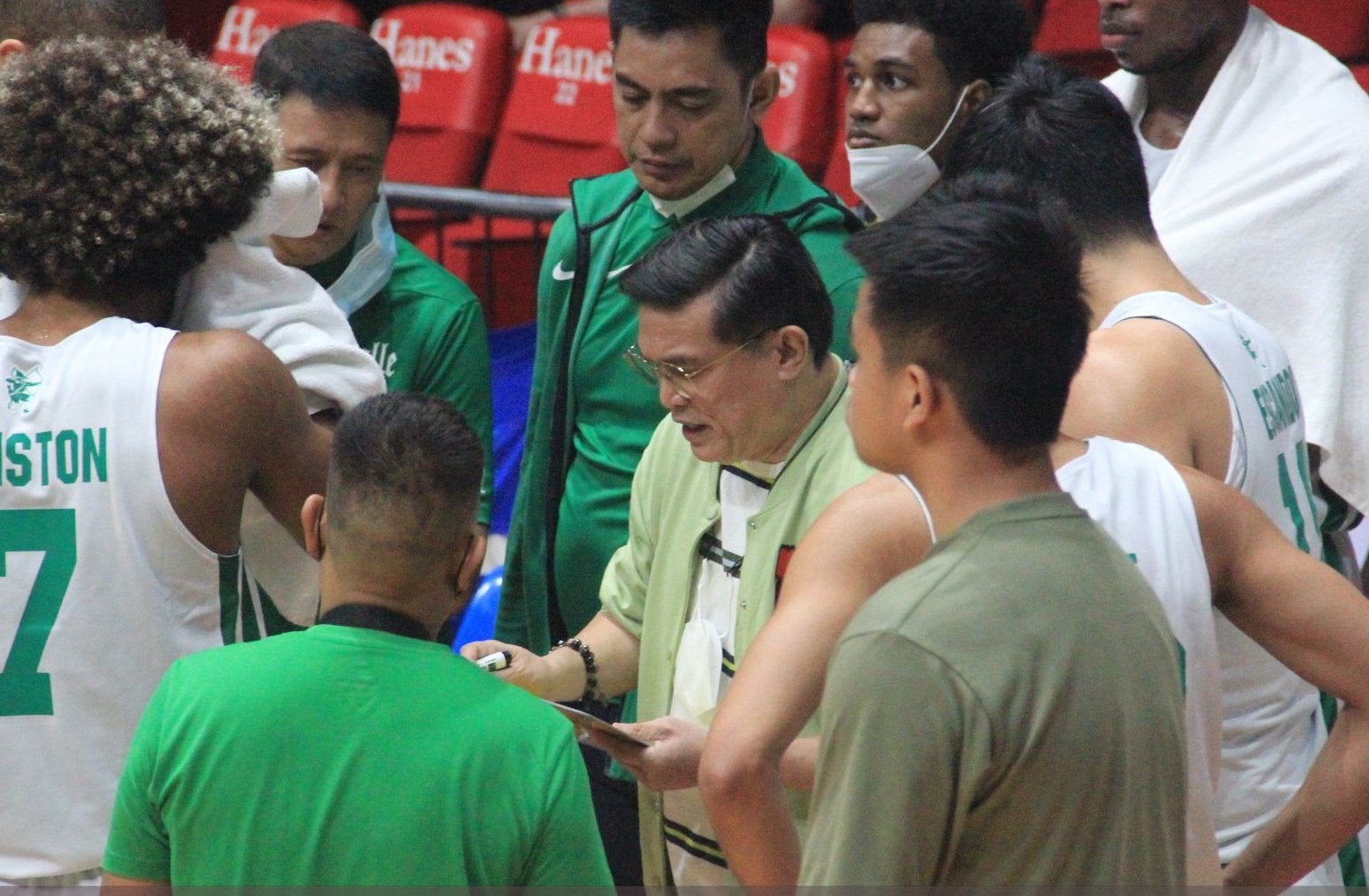 MANILA, Philippines—De La Salle University completed a sweep in Group B after whipping a depleted Letran side, 90-54, to wrap up the Filoil EcoOil Preseason Cup elimination round at San Juan Arena on Saturday.

The Green Archers didn’t hold anything back against the Knights, who played without Louie Sangalang, Tommy Olivario, Joshua Miclat, Kevin Santos, Brent Paraiso and Kobe Monje.

“Letran didn’t have a full lineup today so we took advantage of it and winning this game gave other players some minutes today so others are rested for tomorrow (Sunday),” La Salle head coach Derick Pumaren said after his team advanced to the quarterfinals with a 7-0 record.

The Green Archers won’t have much time to rest in the next several days as they’re set to face the Marinerong Pilipino Skippers on Sunday in Game 1 of the PBA D-League Finals before taking on College of St. Benilde on Tuesday at the start of the Filoil quarterfinals.

La Salle buried Letran from the get-go, zooming to a 30-15 lead to end the opening period. The Archers went on to lead by as many as 37 points late in the game.

The also-ran Knights, who are the reigning NCAA champions, finished their preseason tournament with a 3-4 record.

La Salle head coach Derick Pumaren and Even Nelle after their victory in the Filoil Preseason Cup. | Rommel Fuertes/Inquirer Sports

La Salle, which held Letran to just 30 percent from the field, also dominated the boards, 58-43.

King Caralipio tallied 12 points for the Knights while Kurt Reyson had 11.

Filoil Preseason Cup: La Salle gets act together to drub JRU, improve to 6-0