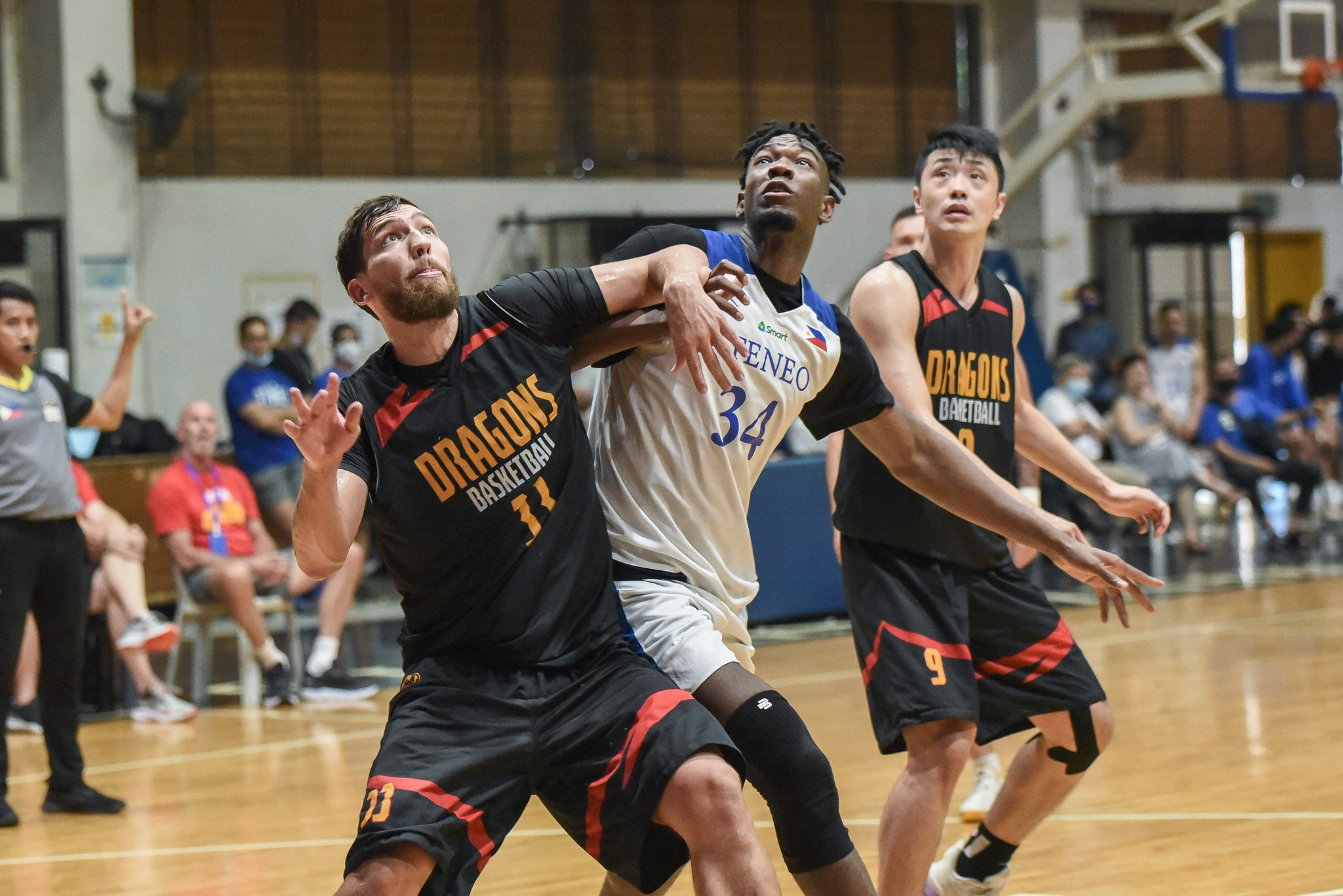 Ange Kouame jostles for position against a Bay Area Dragons defender in his return to action. –CONTRIBUTED PHOTO

MANILA, Philippines — Ange Kouame returned to action from a knee injury but Ateneo yielded to pro club  Bay Area, 102-93, in a closed-door tuneup game on Saturday at Moro Lorenzo Gym.

The reigning UAAP MVP, who suffered a partial ACL tear last June, made his comeback after two months and posted 14 points and 12 rebounds for the Blue Eagles.

But the Dragons, led by Myles Powell and Andrew Nicholson, proved too much for the college team as they built a 17-point spread midway through the second quarter and led as much as 22 in the second half.

Ateneo, the runner-up of UAAP Season 84, didn’t go down without a fight, unleashing a late 12-2 run in the final minute of the payoff period with BJ Andrade drilling a transition trey to trim the deficit to seven, 93-100, with 41 seconds left but Bay Area managed to close out the game.

“[It was] a really good game for us. We wanted to play a team that was physical, played real hard, and played together,” said Dragons head coach Brian Goorjian moments after their win.

“I know Coach Baldwin and I know his reputation. I’ve competed against him for years and I knew that he’d have a team like that and in our development as a brand new team, we needed a game like this.”

Baldwin was pleased with how the Blue Eagles took on a professional team, which will play as a guest PBA squad.

“We knew it would be tough, a really good workout for us. Happy that the team competed until the very end,” said Blue Eagles head coach Tab Baldwin. “We haven’t had many games, the competition in Japan was good but not at this level. We have a lot of holes, both offensively and defensively. We need to be tougher competitively.”

The Blue Eagles came off a strong showing in the World University Basketball Series, ruling the short invitational tournament in Japan.