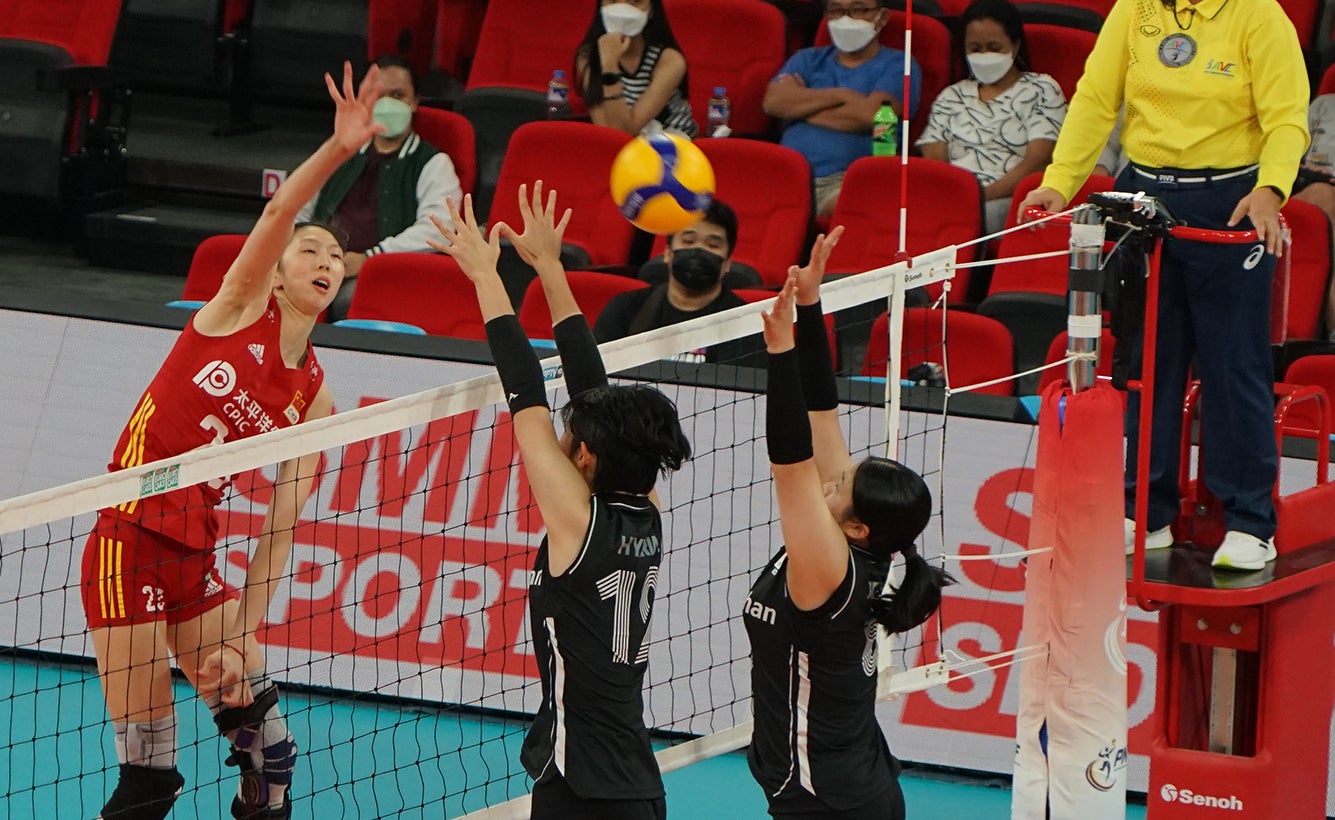 MANILA, Philippines — Defending champion China dominated a young South Korea side, 25-9, 25-8, 25-9, to kick off its title-retention bid in the AVC Cup for Women on Sunday at PhilSports Arena.

Zhuang Yushan led the Chinese’s balanced attack, scoring eight of her 13 points in the third set to pound the South Koreans in 69 minutes.

China, the five-time AVC Cup champion, guns for its second Pool A win on Monday against Vietnam at 1 p.m.

The South Koreans, composed of high school players with an average age of 17, gave up 18 errors, while their veteran opponents committed only nine miscues.

No one from Korea, which only had 16 attacks to China’s 38, scored in double figures with Choi Hosun leading the way with seven kills. China also had 10 blocks in the match.

South Korea tries to bounce back against Iran also on Monday at 7 p.m.

Nishikawa delivered nine in the third set, finishing with 19 spikes and an ace. Miyu Nakagawa and Mizuki Tanaka had 14 and 11 points, respectively.

“We wanted to improve our offensive play. That’s our goal for the next game,” said Japan skipper and setter Mika Shibata.

Japan eyes its second win against Chinese-Taipei at 10 a.m. also on Monday, while Thailand hunts for its first win against Australia at 4 p.m.