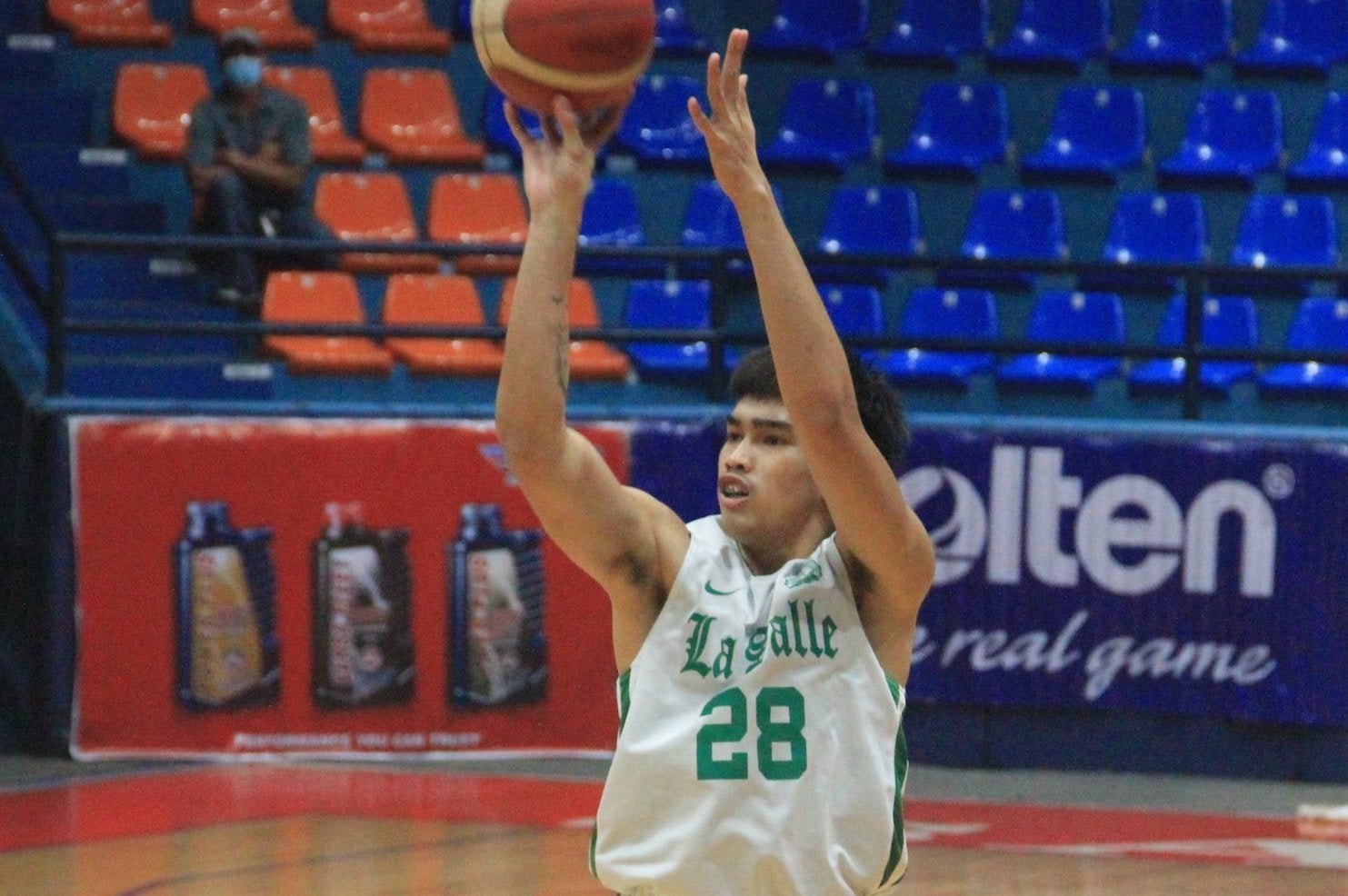 The Green Archers are still undefeated in the Filoil preseason after eight games, heading into the semis.

“I told them Benilde is a strong team. If we’re not able to match their energy from the start, they can steal the game from us. Kevin [Quiambao] gave us a big lift when we needed him and hopefully we can continue this,” La Salle head coach Derick Pumaren said in the post-game.

With La Salle holding a small margin in the final minutes of the game, 73-70, Kevin Quiambao and Evan Nelle sank two crucial fadeaway shots from the same spot to put the game away and secure the passage to the next round.

St. Benilde, which is set to begin its NCAA campaign next month, put up a fight in the second half with a 19-8 run to make it a three point game, 50-47, but La Salle managed to hold on to the lead en route to the win.

Quiambao filled the stat sheet with 18 points, seven assists and five rebounds. Mike Phillips had a near double-double with 10 points and eight rebounds.

Will Gozum had a 26 marker and 10 board performance in the Blazers’ loss while Miguel Corteza had 14. Corteza, unfortunately, landed awkwardly on his knee at the 4:27 mark of the fourth.

Update on Corteza’s status has yet to be issued by the St. Benilde coaching staff.

The Green Archers will either face Far Eastern University or the University of the Philippines in the semis.

Filoil Preseason Cup: La Salle gets act together to drub JRU, improve to 6-0