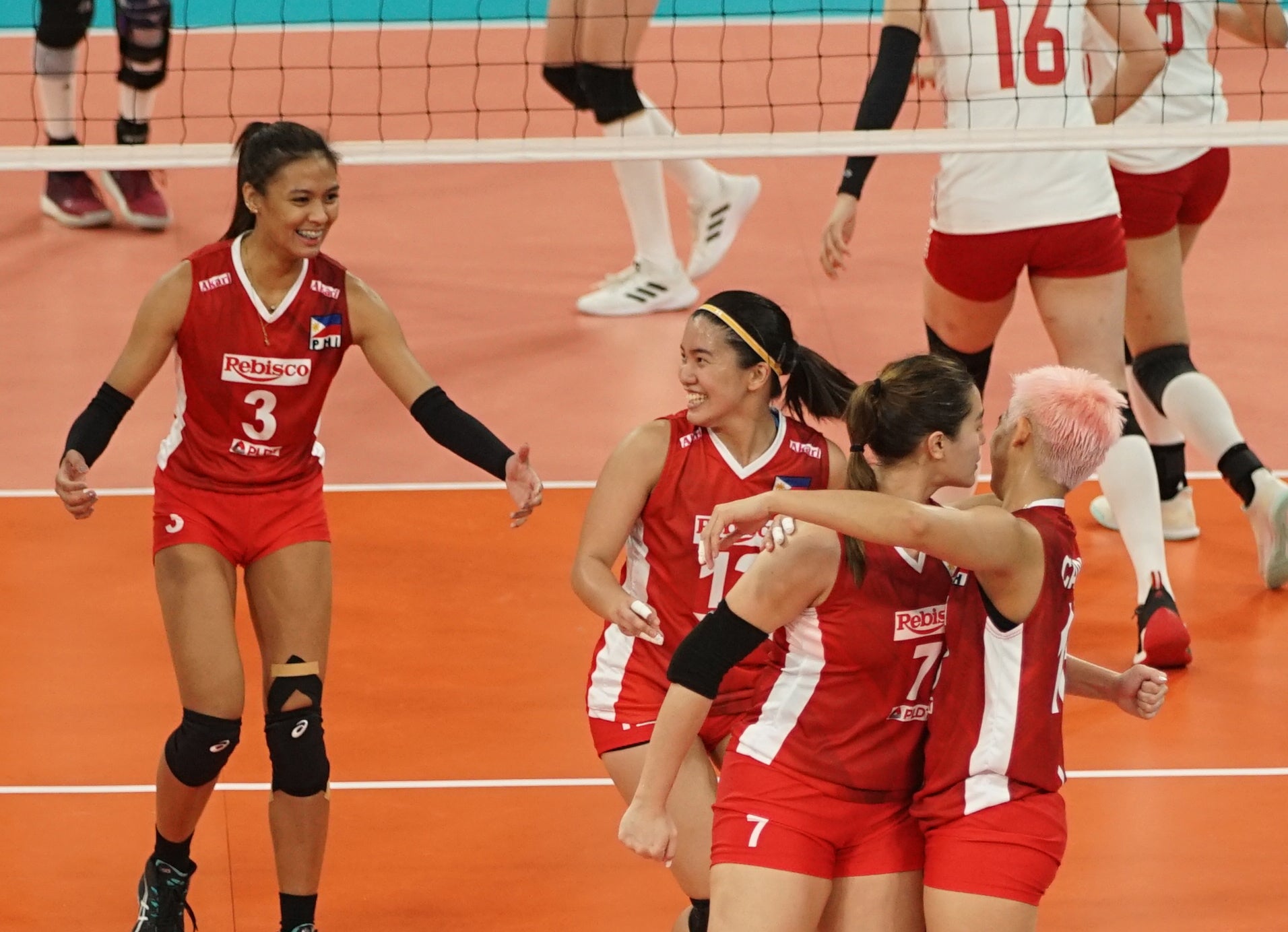 After missing the opener due to health reasons, the multi-titled playmaker made an immediate impact, dishing out brilliant plays and scoring five points from two service aces that sparked another gallant stand for the national team before losing to the five-time AVC Cup champion, 16-25, 22-25, 20-25.

Despite the team dropping to 0-2 in Pool A, De Guzman was proud of how her teammates fought against a world-caliber squad in her first national team appearance since the 2019 Southeast Asian Games, which was also held at the same historic arena in Pasig City.

“It feels great to represent the flag again. It’s always a privilege to be able to represent the flag the best way we can and we’re going into this campaign with everything we’ve learned in the past years,” said De Guzman, who was supposed to be called up for the 31st SEA Games pool last May but begged off.

The former Premier Volleyball League Finals MVP is leading a national team, which missed her long-time teammate Alyssa Valdez due to dengue. But she’s glad that the Cool Smashers — even first-timers Tots Carlos and Kyla Atienza — have been thriving to represent the country well.

De Guzman and the nationals need to win at least one of their last two games against Iran (1-1) on Wednesday and South Korea (0-2) on Thursday to reach the quarterfinals.

Creamline head coach Sherwin Meneses said they just have to stick and apply all the momentum and learnings they got from their past two games, including their gallant stand against Vietnam.

“Hopefully, we will play with higher intensity tomorrow and against Korea for us to reach the quarterfinals. I hope we would prepare better,” said Meneses, who also returned from health and safety protocols. “We just need a stronger mindset because this is an international event. But facing high-rank teams like China is good exposure for us.”