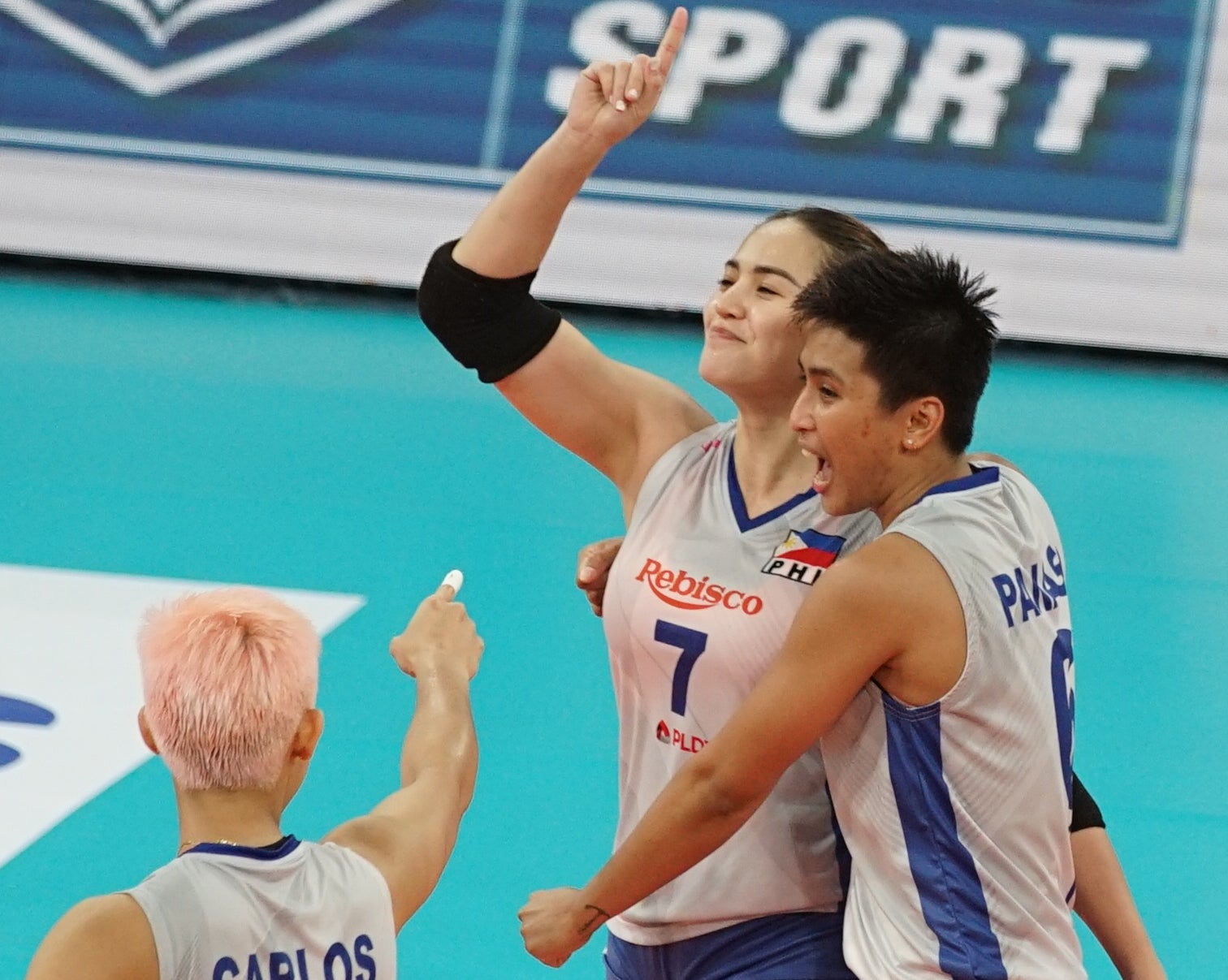 MANILA, Philippines — After going scoreless against China, Jeanette Panaga bounced back with a solid net defense to deliver the Philippines’ first victory in the AVC Cup for Women on Wednesday at PhilSports Arena.

This time with their backs against the wall, Panaga delivered nine points, including three blocks, as the home team took down Iran, 25-19, 25-22, 20-25, 25-14, to inch a win closer to assuring a quarterfinals berth.

“It’s important to bounce back. I needed to step up because I had my shortcomings yesterday. Good thing, I was able to make up for my mistakes,” said Panaga in Filipino. “Coach kept telling us every day that every game is important.”

The College of Saint Benilde standout, who joined hands with middle blocker Celine Domingo combining for five of the team’s 11 blocks, said they made sure to stay in the game despite failing to close out the game in the third set.

“We told each other that we cannot lose our composure. We need to get the fourth set. We just enjoyed the game to get our first win,” said Panaga, who last played for the national team with Michele Gumabao in the 2015 Asian Seniors Women’s Championship.

Although she had a bad game against China, the former NCAA Finals MVP still gained great learning experience from the first two games, including the opener against Vietnam, which led to her impressive performance at the forefront of Creamline’s net defense.

“I learned a lot of lessons and gained a great experience in our matches against Vietnam and China. That’s why today, we were able to bring all the learnings in today’s game that resulted in this win,” she said.

As the Filipinos try to seal their quarterfinals entry and the third seed in Pool A against South Korea (0-3) on Thursday, Panaga said the Cool Smashers will keep on fighting for the country’s pride.

“We will play happy and (spread) good vibes. We will just play our game, as a whole team, and bring pride here,” she said.