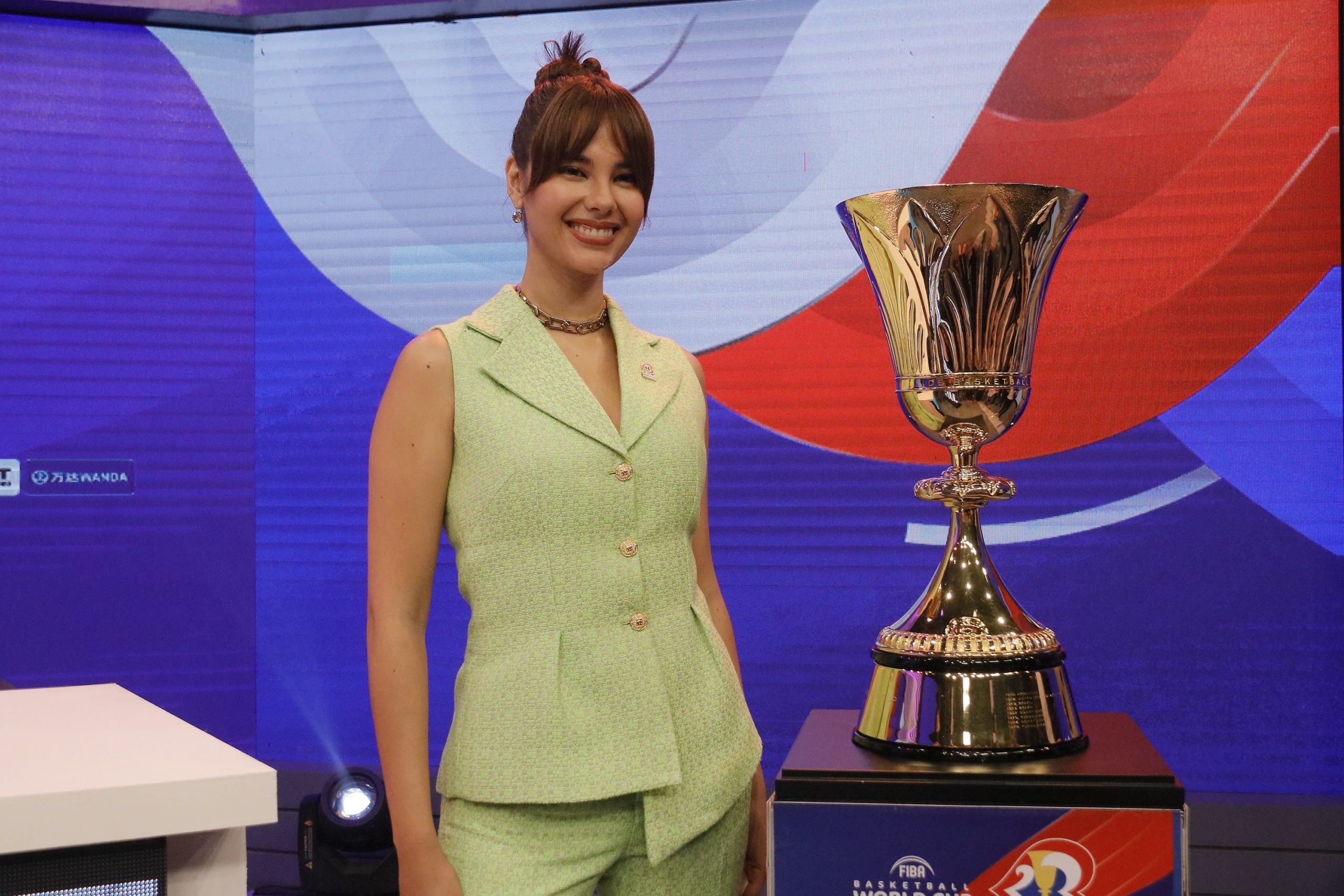 Catriona Gray, who was named one of the ambassadors for the Philippines’ hosting of next year’s Fiba World Cup, during the One Year To Go countdown media conference. CONTRIBUTED PHOTO

MANILA, Philippines — Miss Universe 2018 Catriona Gray hopes to bring more audience and inspire people as one of the local ambassadors in the Fiba World Cup 2023.

The beauty queen is honored to join previous members of the Gilas Pilipinas program, who teamed up to end the Philippines’ 40-year drought in the World Cup back in 2014.

“I really appreciate the opportunity to be surrounded by people who are so passionate about what they do and about their craft and who at the end of the day want to allow people or give the opportunity to others to reach their same level,” said Gray on Thursday during the media conference of the one year to go countdown for World Cup 2023.

“I really love the opportunity that’s been given to us to really have this platform and to show that the game is something to be passionate about but it is also the passion and pride of being Filipino going after an ambition or a dream and hopefully through that communication we’re able to empower the younger generation to dream also.”

Gray, 28, also seeks to “reawaken the Filipinos, especially the youth, to dream again,” amid the pandemic.

“All of us, we’ve gone through such an uncertain two years. I hope through this platform, through Philippines hosting of the Fiba World Cup, there can be that reawakening of the ability to dream again, especially for our younger generations,” she added.

“As a spectator, I hope we can bring more audience to appreciate the sport of basketball, especially appreciate the passion that comes from being a Pinoy in basketball,” Gray said. “It’s just one of those avenues that makes you so proud of seeing your country being represented in any sport really. I am really a lover of stories especially when there are stories about overcoming obstacles, and challenges. You see that in every player that steps on the court, they are representing something.”

Samahang Basketbol ng Pilipinas (SBP) president Al Panlilio believes they made the right choice in selecting Gray and the 2013-14 Gilas team as ambassadors.

“You heard her today, she’s such an inspiration and her perspective is very different, very deep and you can see the purpose of what she wants to do. The real purpose of her. Not only being Miss Universe, but also as a person. What are the important things to her — children, and more importantly being proud to be a Filipino and really being high on Philippines and she’s such a model for people to aspire and do well as a Filipino can,” Panlilio said.

‘Our group is the best Gilas,’ says Gary David