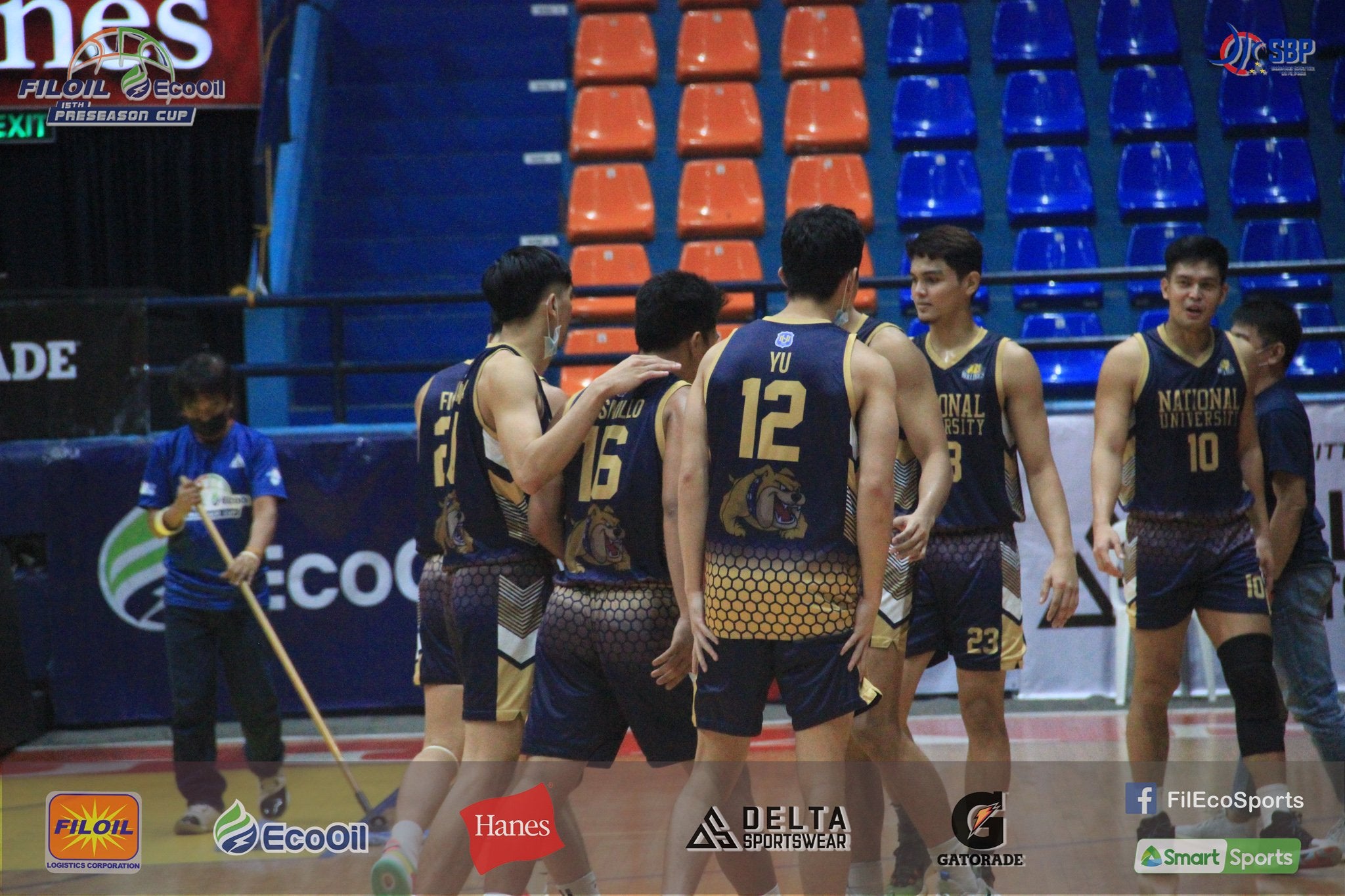 With the Bulldogs trailing by two, Galinato was fouled on a three-point try and hit three pressure-packed freebies with a second left to put his team ahead for good.

The Falcons had a chance to salvage a victory but Vince Magbuhos missed a triple as time ran out.

“They practice that every day. He (JM) has talent and he just practiced it. Free throws in the endgame mattered most, so at least it went in the hands of our best free throw shooter,” NU head coach Jeff Napa lauded.

Galinato, who finished with a game-high 23 points, flourished in the clutch after he also went on a personal 5-0 run that pulled NU with one inside the final two minutes of regulation. A free throw by Bulldogs big man Omar John sent the game into extra time.

The Falcons squandered several leads including a 15-point advantage in the third period.

NU also got a boost from John Lloyd Clemente, who returned after missing last game due to an illness and had 14 points, four rebounds, three assists and three steals.

Cedrick Manzano was the sole double-digit scorer for Adamson with 15 points that went with and seven rebounds.

NU will face either De La Salle University or Far Eastern University for the title on Saturday.