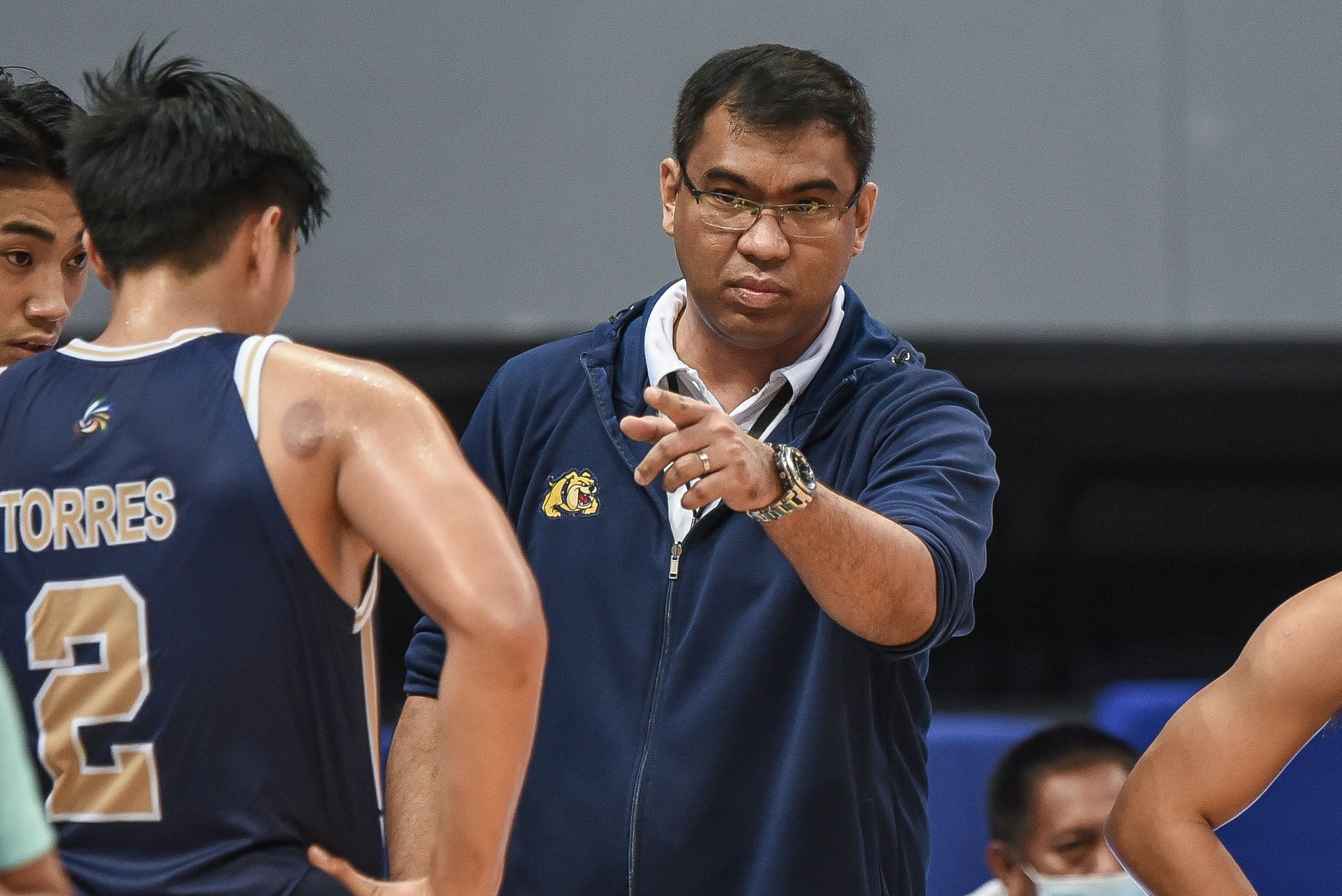 MANILA, Philippines—Shortly after winning the 2022 Filoil EcoOil Preseason Cup, National University turned its attention to a bigger quest: the UAAP.

“I told them, there’s no need to celebrate. This is just an ordinary game. Our main target is almost one month from now. That’s why we entered this preseason for preparation for the UAAP,” Napa said after his team topped Far Eastern University, 56-46, in the Filoil finals on Saturday at San Juan Arena.

NU showed it will be a team to watch out for in the upcoming UAAP Season 85 after sweeping the preseason tournament.

Napa, however, is still not convinced that NU is a contender.

“I still can’t say we are contenders. There are still the defending champions UP, Ateneo and La Salle. For us, this is a big bonus, a big boost of confidence in gaining this Filoil preseason,” he said.

The Bulldogs were just a win short of making the Final Four last season, finishing in sixth place behind Adamson University, FEU, La Salle, UP and Ateneo.

NU lost the services of Janjan Felicilda and Reyland Torres, but they will be led by its troika of guards in Steve Nash Enriquez, L.A. Casinillo and Kean Baclaan, a prospect who recently transferred from University of Santo Tomas.

The Bulldogs will also have foreign student-athlete, Omar John and John Lloyd Clemente, who was named MVP of the preseason tournament.