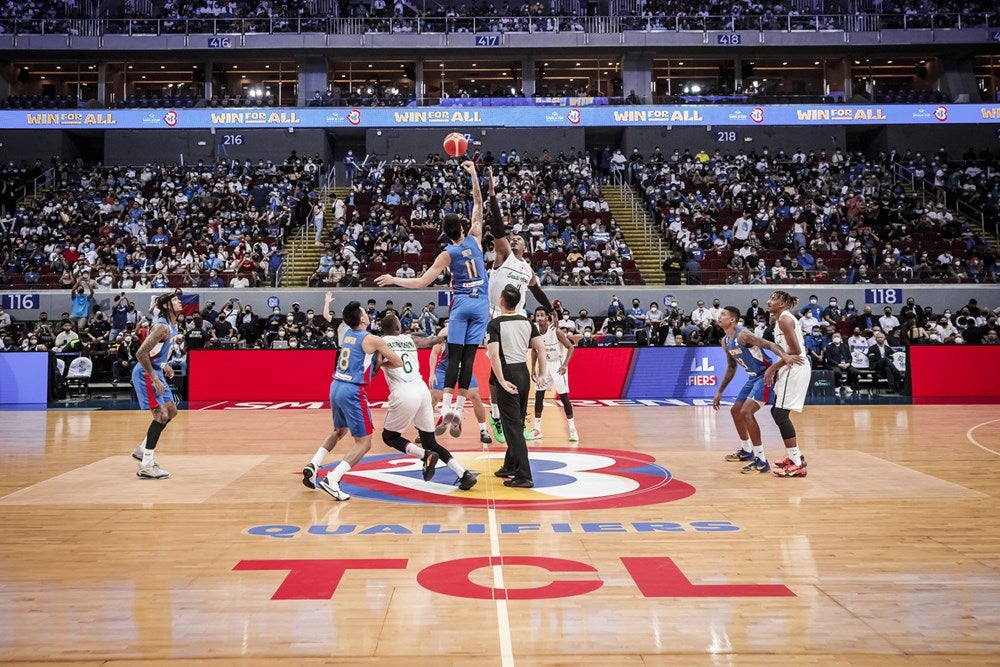 MANILA, Philippines—President Ferdinand “Bongbong” Marcos Jr. was in attendance during Gilas Pilipinas’ game against Saudi Arabia in the fourth window of the Fiba World Cup Asian Qualifiers at Mall of Asia Arena on Monday night.

Marcos arrived at the venue late in the third quarter with the Philippines up by a big margin.

Gilas rolled past Saudi Arabia, 84-46, bouncing back from a tough loss to Lebanon on Friday in Beirut.

Filipino-American star Jordan Clarkson, who plays for the Utah Jazz in the NBA, led the way for Gilas with 23 points, six rebounds, and six assists.