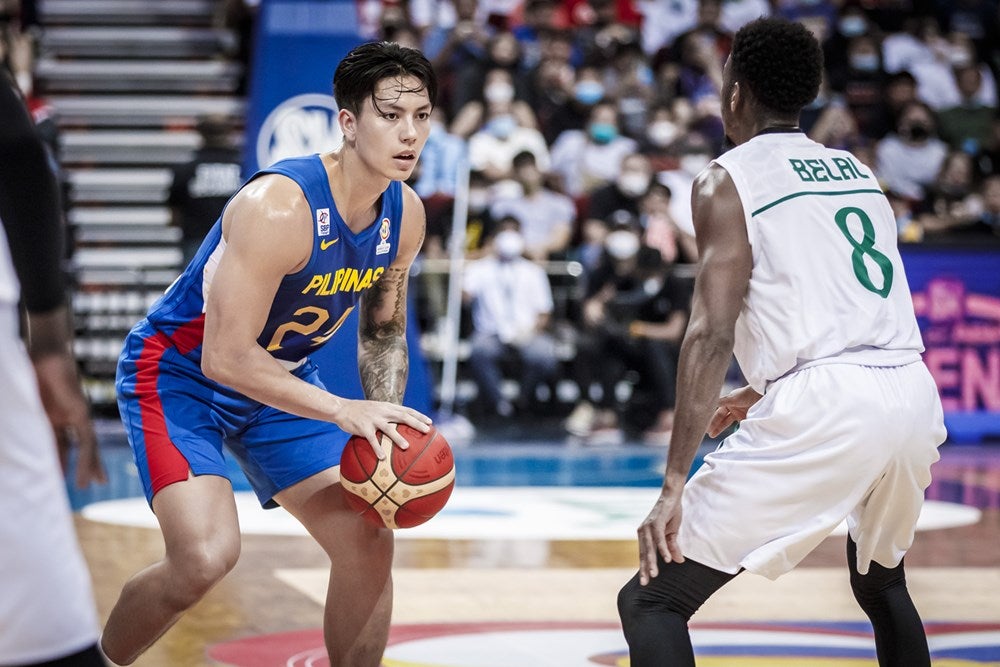 MANILA, Philippines — Dwight Ramos is convinced the Gilas Pilipinas fourth window team is “one of the strongest lineups” in the Fiba World Cup 2023 Asian Qualifiers.

The Philippines may have split its two games in the window, falling to Lebanon last Friday in Beirut before venting its ire on Saudi Arabia at home on Monday but Ramos believes the current Gilas roster will only get better from this point on.

“This team is really strong in my opinion. I think if anything it needs, minor tweaks, a couple of players… I think this team is good already,” said the Filipino-American forward after providing the spark for Gilas with nine points and six rebounds off the bench in an 84-46 victory over Saudi Arabia at Mall of Asia Arena.

“I think this is one of our strongest lineups and it was exciting. I was excited to play these two games. Lebanon was an exciting game. Lots of our guys had only limited practice and we did alright. We’re gonna keep on building on it heading to the World Cup.”

The Japan B.League import said Jordan Clarkson, the 2021 NBA Sixth man of the year, was easy to get along with despite joining the team for the first time.

“Very unselfish, humble guy. He’s an NBA superstar but he’s just like one of us. He’s a really nice guy to be around,” said Ramos, who is averaging 16.0 points, 7.6 rebounds, and 2.6 assists in the qualifiers.

The 6-foot-4 Ramos was also satisfied after their big bounce-back win over Saudi Arabia despite the limited preparation.

Ramos could miss the November window as he is set to play in the B.League starting October with his new team, Levanga Hokkaido.

He is hoping that coach Chot Reyes and the Samahang Basketbol ng Pilipinas (SBP) would keep this group together but adds he will respect their decision in building the best team for next year’s historic hosting of the World Cup.

“Whatever the coach decides, that’s what we’re going,” said Ramos, who also came to Reyes’ defense after the multi-titled mentor received boos from the home crowd.