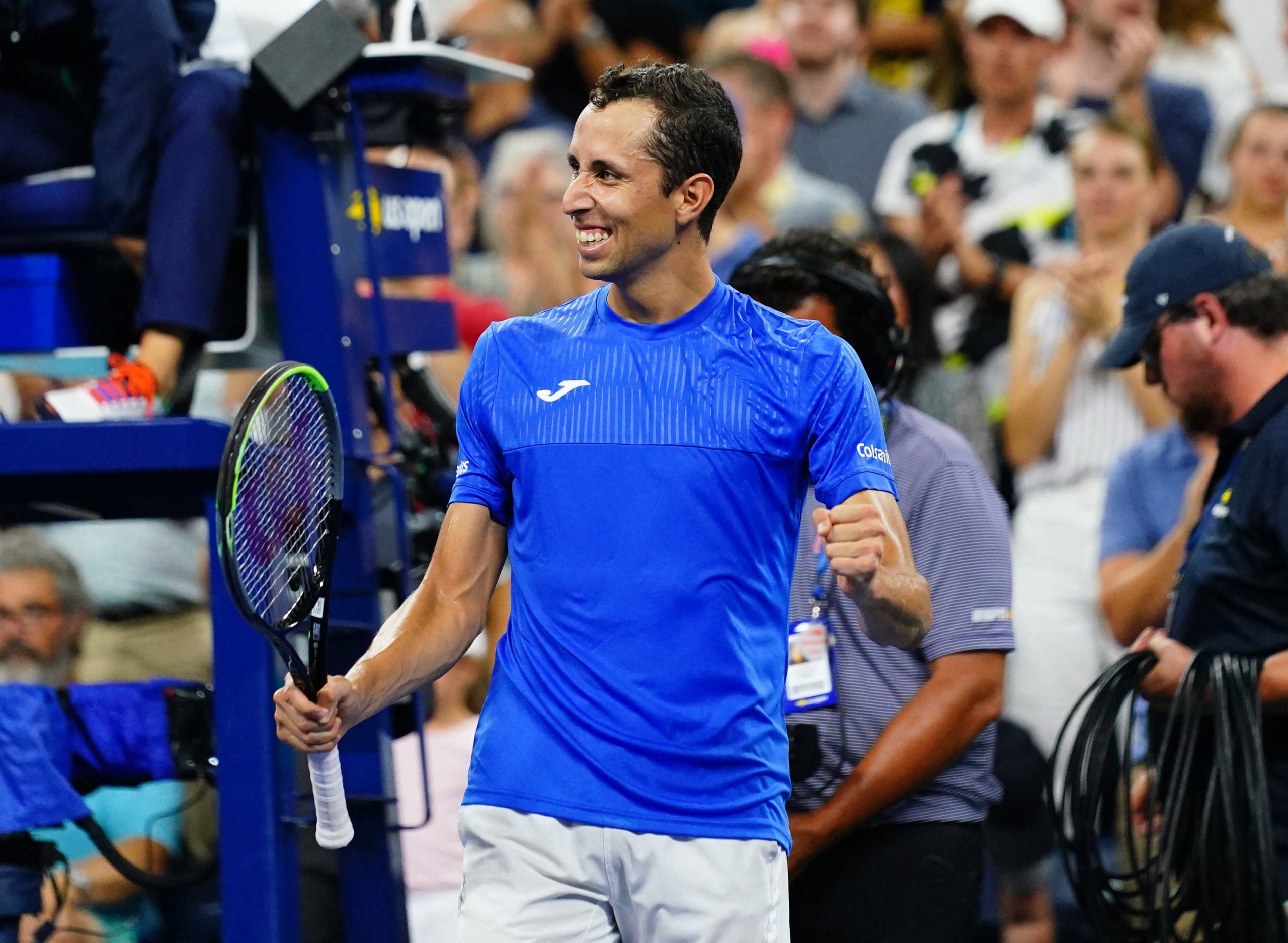 NEW YORK-Colombian qualifier Daniel Galan stunned fourth-seeded Greek Stefanos Tsitsipas 6-0 6-1 3-6 7-5 in an epic first-round showdown at the US Open on Monday, winning the affair on the ninth match point.

Playing in the main draw for the first time, Galan appeared right at home on tennis’ biggest stage, claiming the first 11 games as Tsitsipas struggled to find any of his usual finesse and won just five of his service points in the first set.

Tsitsipas, who has never gotten past the third round in New York and had hoped to do better this year after reaching the Cincinnati final, dropped only four of his first-serve points in the third set and looked as though he had the momentum when he broke Galan again in the opening game of the fourth set.

But the Colombian never lost his composure, sending across 41 winners throughout the entire contest and refusing to give into his heavily favored opponent.

“I just stayed calm. I lost the set but I felt I was doing better and better,” said Galan, who broke back in the eighth.

Dripping with sweat and with the crowd inside Louis Armstrong Stadium egging them on, Galan nearly broke Tsitsipas for the match five times in the 10th game, and finally got the job done in the 12th, gazing at the stands with disbelief.

“I can’t explain how I feel right now,” he said after the match. “I went through the match well.”

He next faces Australian Jordan Thompson in the second round.

Serena Williams triumphs in first match of US Open goodbye