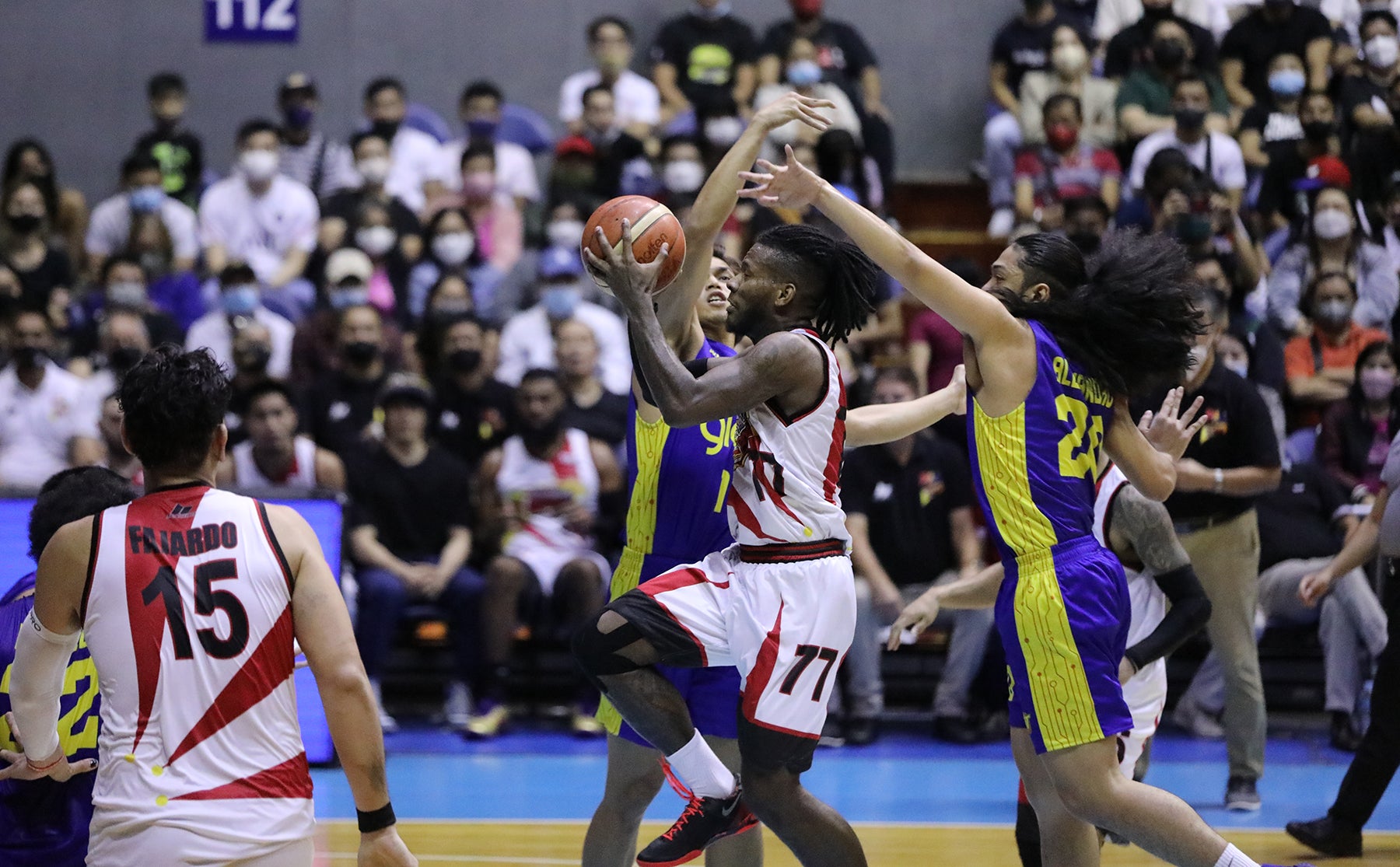 San Miguel Beer reminded everyone on Friday that it is more than just a June Mar Fajardo team.

More importantly, the Beermen reminded themselves of that, too.

“Our focus going into this game was that we will not concentrate on just one player, especially June Mar,” said Beermen coach Leo Austria, who drew a collective effort from his team to pummel the shorthanded TNT Tropang Giga, 114-96, in Game 6 of the PBA Phillipine Cup Finals inside Smart Araneta Coliseum.

The win forced the showdown for the league’s most precious duel into a deciding Game 7.

“I think they had a good night’s rest and had a good breakfast,” said Austria, who was able to crack jokes after a pair of disappointing results that sent San Miguel to the brink of a rare Finals defeat under his watch.

And he had every reason to be upbeat.

After shouldering a majority of the load in the last few Finals matches, Fajardo virtually took a backseat as his supporting cast played pivotal roles in producing the most lopsided result of the series—and providing proof of how the Beermen came into the series as slight favorites.

Veteran Marcio Lassiter and journeyman Simon Enciso made their three-point shots, shooting a combined 12-of-18 from beyond the arc, with Lassiter missing just one of seven attempts. CJ Perez showed why he was a Best Player of the Conference (BPC) runner-up, tallying 20 points following recent subpar performances. Mo Tautuaa dominated down low during the contest which began with an early San Miguel onslaught that set the tone for the convincing outcome.

In all, San Miguel had six players in double figures—with three producing at least 20 points.

Lassiter, perhaps inspired with his wife due to give birth to their fifth child on Saturday, dropped 22 points and Enciso, seeking his first-ever PBA title after failed tries with Alaska and TNT, firing a conference-best 20. The two guards keyed a fiery first quarter that saw San Miguel take a 40-24 lead that somewhat dulled the competitive phase of the match.

“We were really caught by surprise,” TNT gunner RR Pogoy said. “They played very aggressive right from the get-go. If we want to win the championship, we can’t allow them to score 40 points in the first quarter.”

And the Beermen paired their offense with a stellar defensive job that totally contained TNT’s ace scorer Mikey Williams, who finished with just two points after being hounded into a 1-for-13 shooting night.

The Beermen will take the momentum of that complete performance into Sunday’s Game 7 at the Big Dome. More importantly, San Miguel will enter that game with a renewed faith in its depth, which had been a nonfactor in its previous two games, where it had been riding heavily on Fajardo.

The Beermen’s first quarter storm came despite Fajardo failing to score a single point. The BPC winner finished with 10 points and 12 rebounds.

Perez’s 20-point game came on 7-of-13 shooting from the field after his numbers dipped to 11.3 points on 32-percent shooting in the previous three games. Tautuaa’s 15 points and eight rebounds provided enough backing for Fajardo down low. Jericho Cruz added 11 points.