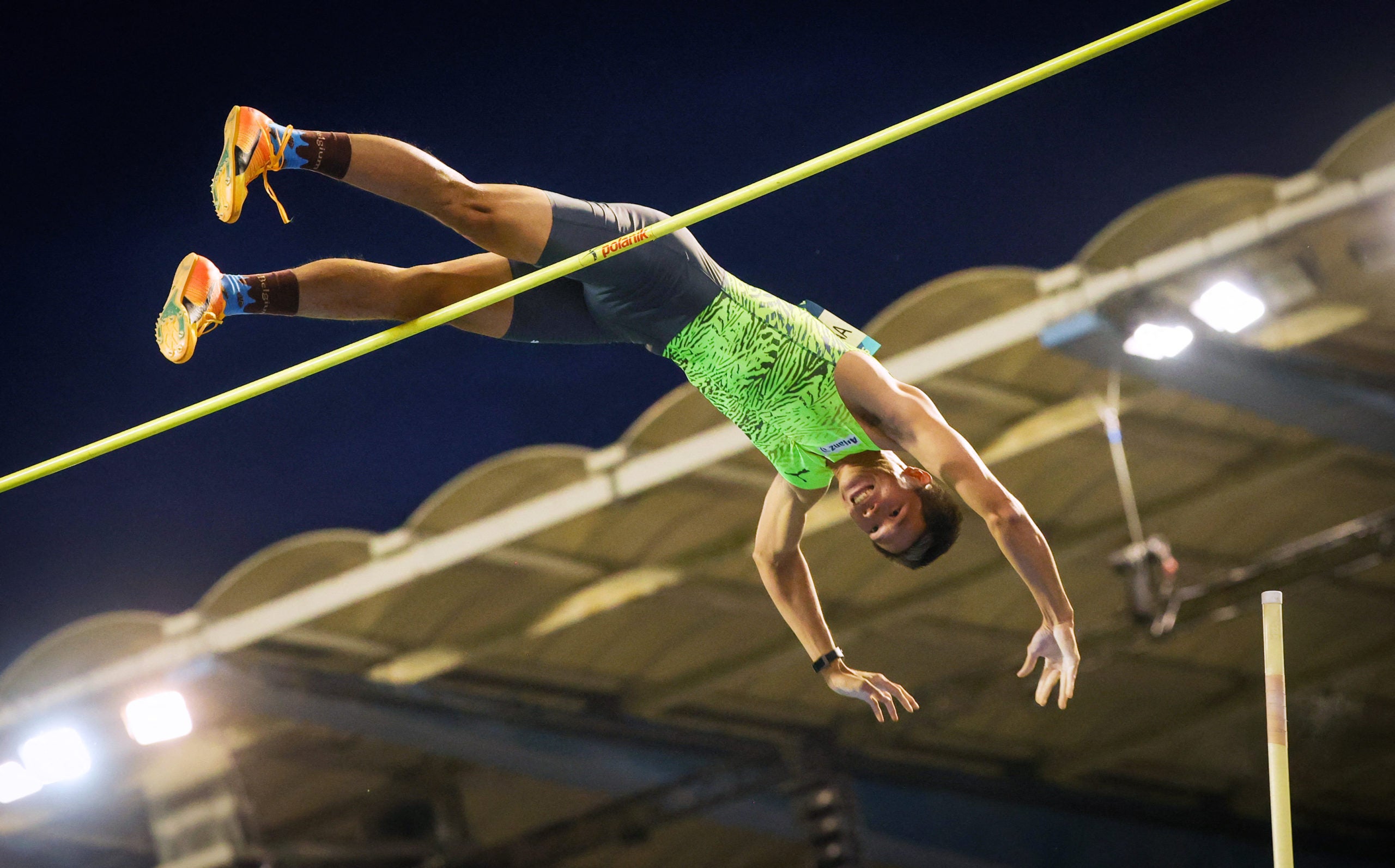 BRUSSELS, Belgium – Armand ‘Mondo’ Duplantis vowed that any danger of becoming complacent would be shelved after he suffered a rare defeat at Friday’s Diamond League meet in Brussels.

Duplantis failed three times at 5.91 meters, falling to the mat on the third botched effort with a gaping mouth in stunned disbelief.

Ernest John Obiena of the Philippines passed at the same height on the third time of asking, which left the Filipino also shaking his head in disbelief, so dominant has Duplantis been in his event.

It was the first defeat of a sparkling season that has seen the 22-year-old US-born Swede win 17 competitions, 14 achieved with vaults over the six-meter barrier.

Those victories have seen Duplantis seal world indoor gold in Belgrade in March and world outdoor honors in Oregon in July. Both were achieved with world record vaults, of 6.20 and 6.21m respectively. “I did a lot of things poorly technically,” said Duplantis, a meticulous perfectionist in a notoriously technically-testing discipline that needs mastery of the runway approach, proper handling of the pole and complete confidence in the exacting projection upwards and over the bar.

“It’s rare for me to jump the way I did. Maybe I needed a bit of a wake-up call. I’ve got to come back next year and do something more special for the people that came out.”

Duplantis maintained that he felt he could have jumped higher.

“But I didn’t jump as I would have liked, for sure. I am human and I make mistakes and I definitely made some today.

“I didn’t find the good rhythm on the runway today. I was just thinking about the wrong things. It happens sometimes.

“It’s not that easy. You need to be in the exact angle and you need the speed to take off and I didn’t find that today.”

Duplantis said he would aim to improve by the time of next week’s Diamond League finals in Zurich.

“In Zurich I’ll try to come back a little stronger than here. I want to put up another good performance at the end of the year and end on a high.”

For very many meets, Duplantis has completely dominated his competition.

Waiting patiently to enter at a height that has normally seen a couple of rivals already out, the Swede makes sure of the victory and then goes to plus-6m before deciding whether to have another tilt at the world record.

Asian champion Obiena, a bronze medallist at the Eugene worlds, has a personal best of 5.94m, which he vaulted in Oregon.

That height put the Filipino third on this season’s world outdoor list, behind Duplantis and American Chris Nilsen.

And Obiena made the most of his opportunity as Duplantis failed in his three attempts.

“It took a lot of luck, a good day and some excellent calls to beat Mondo today,” said Obiena.

“It´s always my goal to win, but I definitely have the magic number of 6m on my mind. That’s what I´m training for and I really think that I’m capable of jumping that height.

“It’s only a matter of time and some good circumstances.”

Nilsen finished third and was not happy.

“Third with 5.71m is all I can say. No one produced any good marks today except Ernest John with a first Diamond League win,” he said.

“Everyone is a little tired with the end of the season. I am ready to go to the Diamond League Final. In Zurich the goal is a top three and 5.90m.

“If I make this I will shoot for 6m. I maybe need to do some speedwork because I felt kind of sluggish today.”