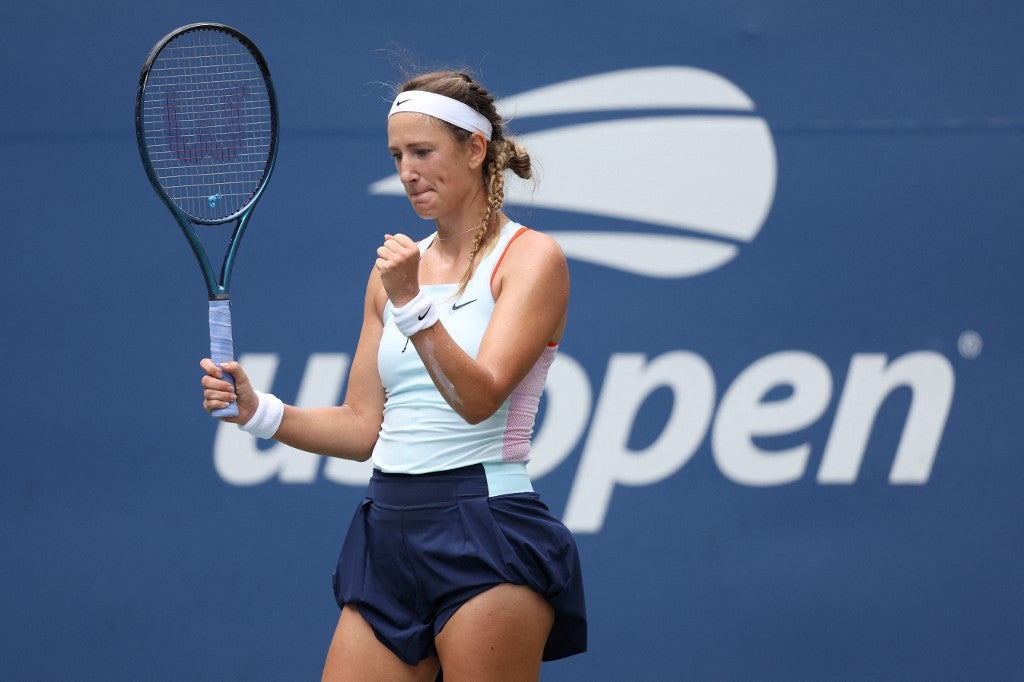 Victoria Azarenka celebrates after defeating Petra Martic of Croatia during their Women’s Singles Third Round match on Day Six of the 2022 US Open at USTA Billie Jean King National Tennis Center on September 03, 2022 in the Flushing neighborhood of the Queens borough of New York City. Matthew Stockman/Getty Images/AFP

Victoria Azarenka said Saturday tennis needs to do a better job of protecting women players after the former coach of French player Fiona Ferro was charged with rape.

Azarenka said the issue of safeguarding players was a top concern for members of the WTA Tour’s Players’ Council, adding that exploitation of players was happening “left and right.”

Earlier this week, prosecutors in France confirmed that Ferro’s former coach Pierre Bouteyre had been charged with rape and sexual assault of a minor.

Bouteyre has denied the charges, claiming that his relationship with Ferro was consensual — a claim rejected by the player.

Azarenka, a member of the WTA’s Players’ Council, said Saturday the case highlighted the need for better safeguarding practices.

“It’s a very sensitive subject, because, you know, you won’t hear those stories unless players come out and tell those stories,” said Azarenka. “It happens right and left on the tour, which is unfortunate.”

“Our job is to be better at safeguarding. You know, as Player Council, it’s almost like the number one subject to us.

“Because we see those vulnerable young ladies that getting taken advantage of in different situations.”

Azarenka said that if she had a daughter, the issue would make her hesitant to encourage her to pursue a career in professional tennis.

“It’s really sad and really makes me emotional…if I had a daughter, I would have a question would she want to play tennis.

“That would be a very big concern in that way for me,” she said.

Commenting on the Ferro case, Azarenka saluted the Frenchwoman for coming forward.

“I don’t know how to put it in words sometimes,” Azarenka said. “All you can do is check in on the person and kind of give your hand ‘What I can do? What I can help with?’

“I applaud her for being brave. I hope this situation she’s gonna come out of it stronger and tennis is not ruined for her because of that.”

Azarenka was speaking at the US Open after her 6-3, 6-0 third round victory over Croatia’s Petra Martic on Saturday.

Azarenka will play either Belinda Bencic or Karolina Pliskova on Monday for a place in the quarterfinals.